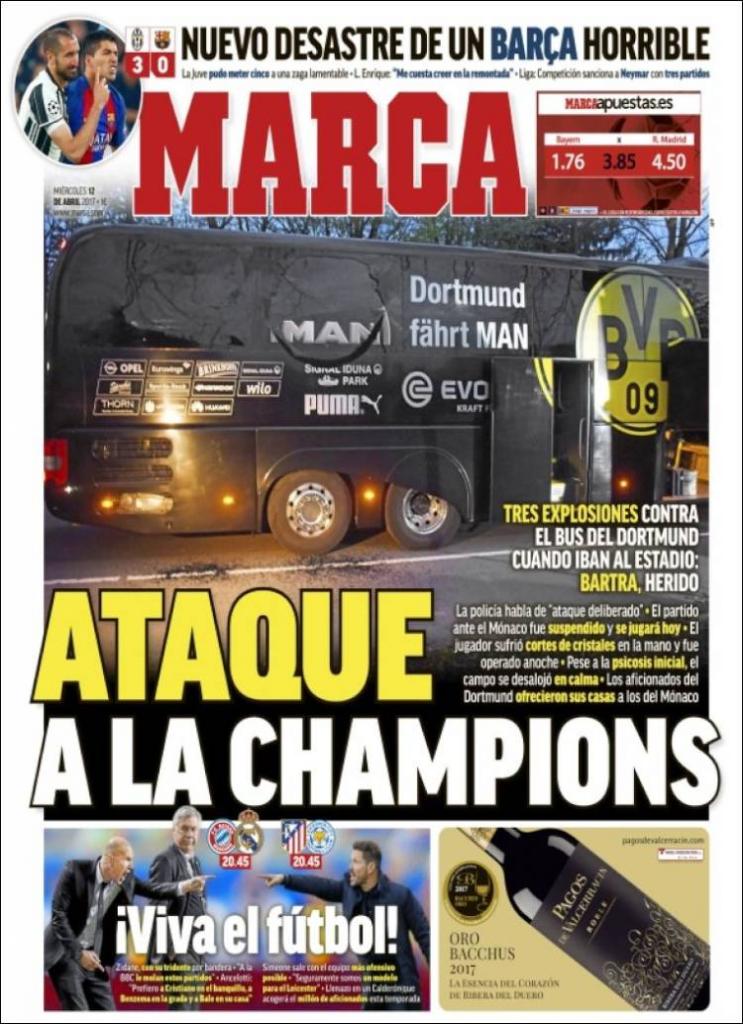 New disaster of a horrible Barca

Juve could have scored five against a pitiful defence

Luis Enrique: “It’s hard to believe in the comeback”

Attack on the Champions League

Three explosions against the bus in Dortmund when going to the stadium:

The police speak of “deliberate attack”

The game against Monaco was suspended and will be played today

Despite the initial chaos, the stadium was evacuated calmly

The supporters of Dortmund offered their homes to those from Monaco

Zidane, with his trident for a flag

Ancelotti: “I’d prefer Cristiano on the bench, Benzema in the stands and Bale at home”

Simeone leaves with the most attacking team possible

“I’m sure we are a model for Leicester”

Filling the Calderon that will hold 1m fans this season 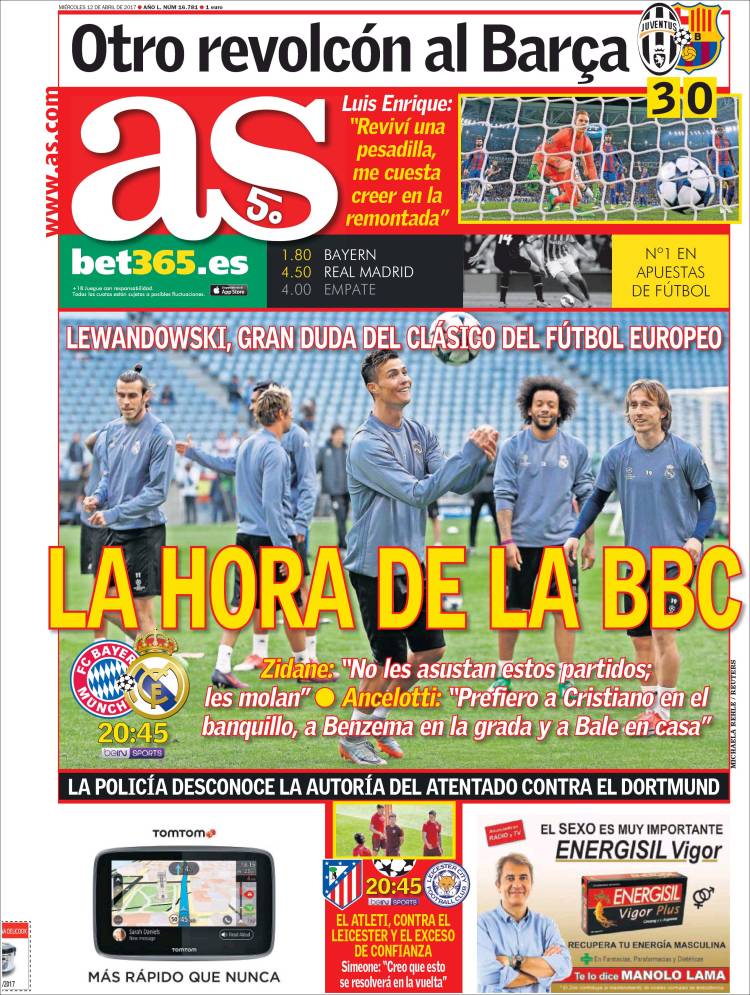 Luis Enrique: “Reliving a nightmare, I find it hard to believe in the comeback”

Lewandowski, huge doubt in the Clasico of European football

The time of the BBC

Zidane: “They aren’t afraid of these games; they like them”

Ancelotti: “I’d prefer Cristiano on the bench, Benzema in the stands and Bale at home”

Atleti, against Leicester and overconfidence

Simeone: “I think it will be decided in the return leg” 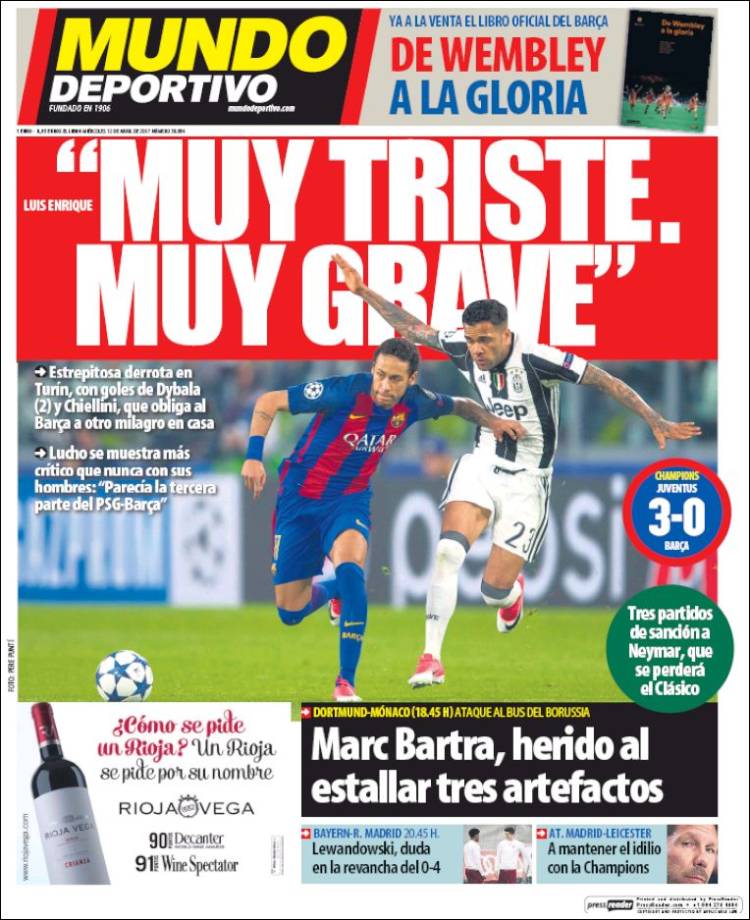 Stunning defeat in Turin, with goals from Dybala (2) and Chiellini, which means Barca need another miracle at home

Lucho is more critical than ever of his men: “It looked like the third half of PSG-Barca”

Three-game ban to Neymar, the Clasico will be lost

Dortmund-Monaco, attack on the Borussia bus

Lewandowski, a doubt in the revenge of the 0-4

To maintain the love affair with the Champions League