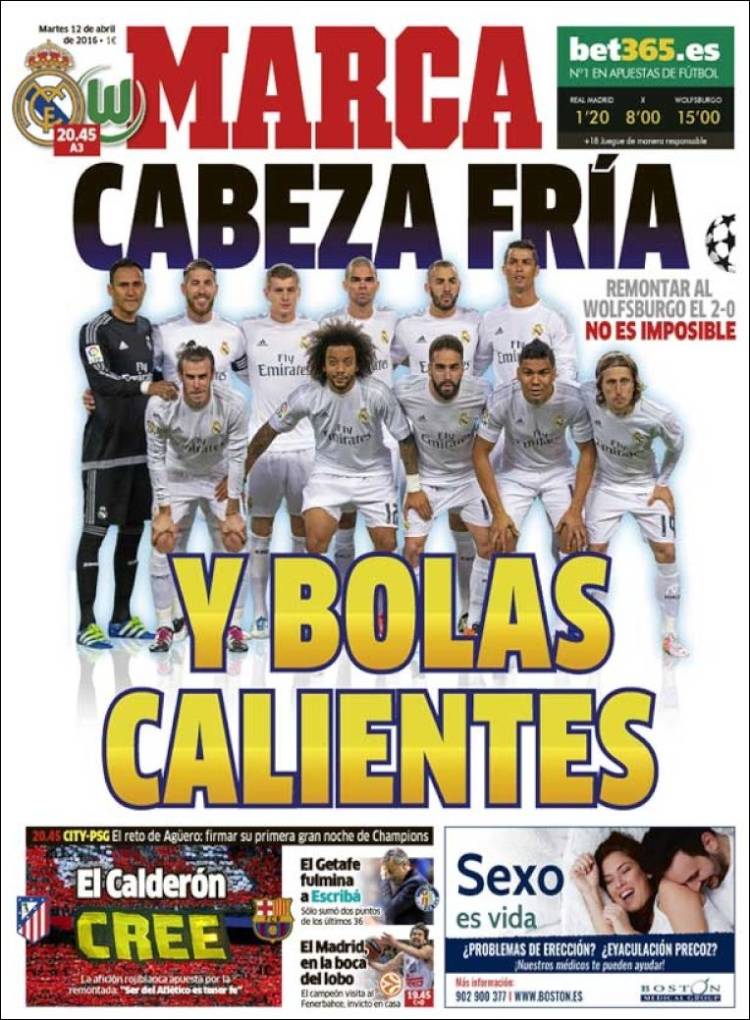 The Rojiblanco support bets on the comeback

Only two points in the last 36 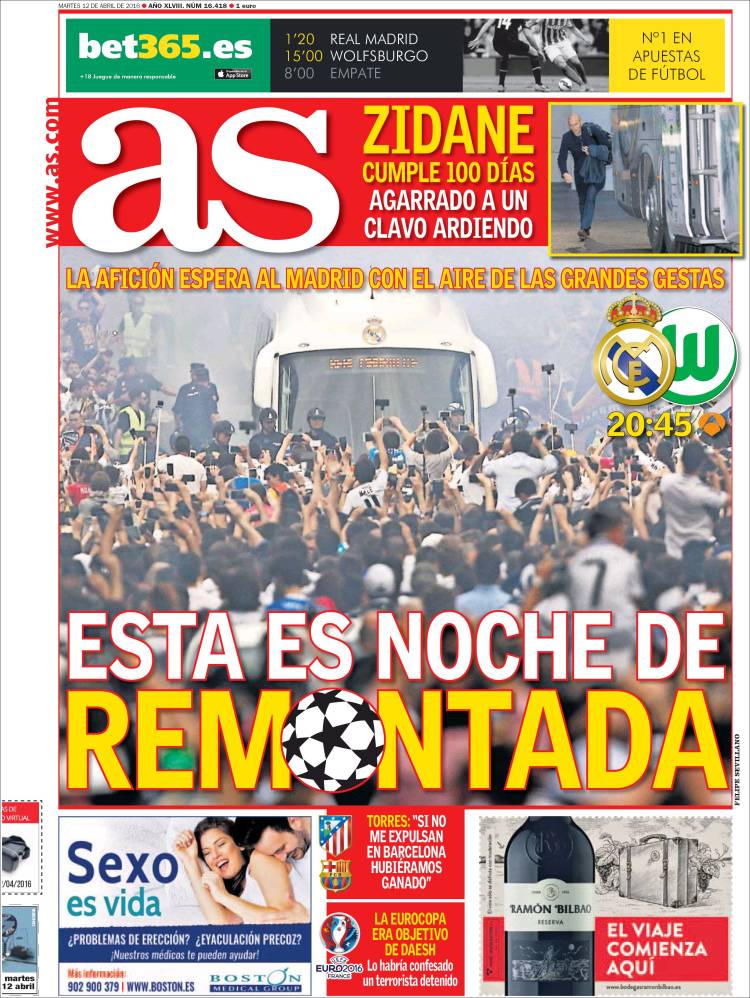 It’s the night of the comeback

Torres: “If I hadn’t been sent off in Barcelona we would have won”

The European Champions was an objective of Daesh

An arrested terrorist confessed it 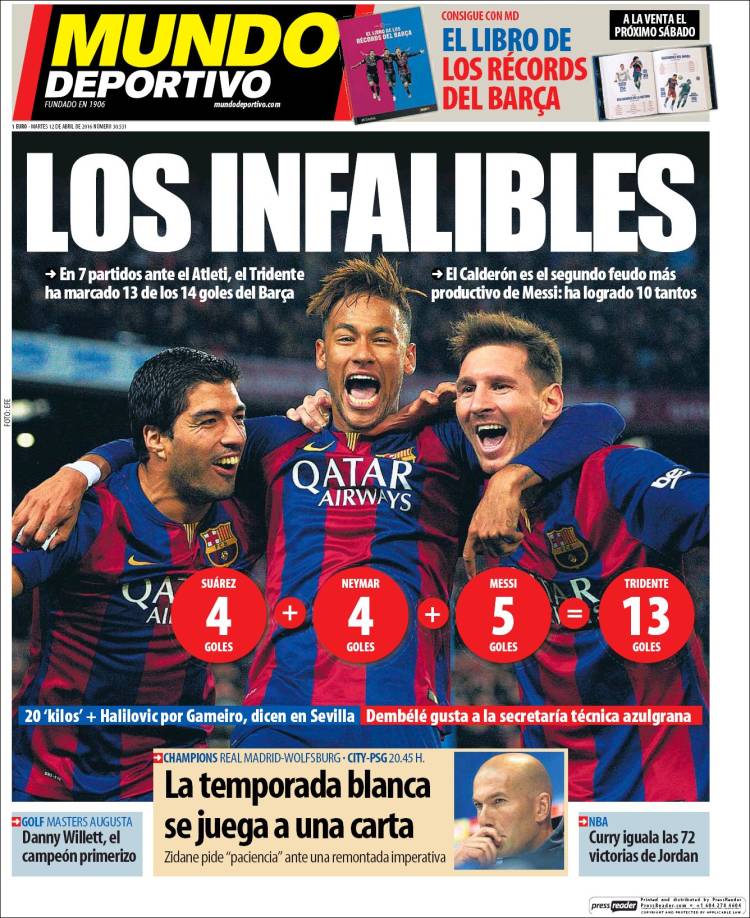 In seven games against Atleti, the trident as scored 13 of Barca’s 14 goals

The Calderon is the second-most productive domain for Messi: he has managed 10 goals

[The Madrid] season plays a card