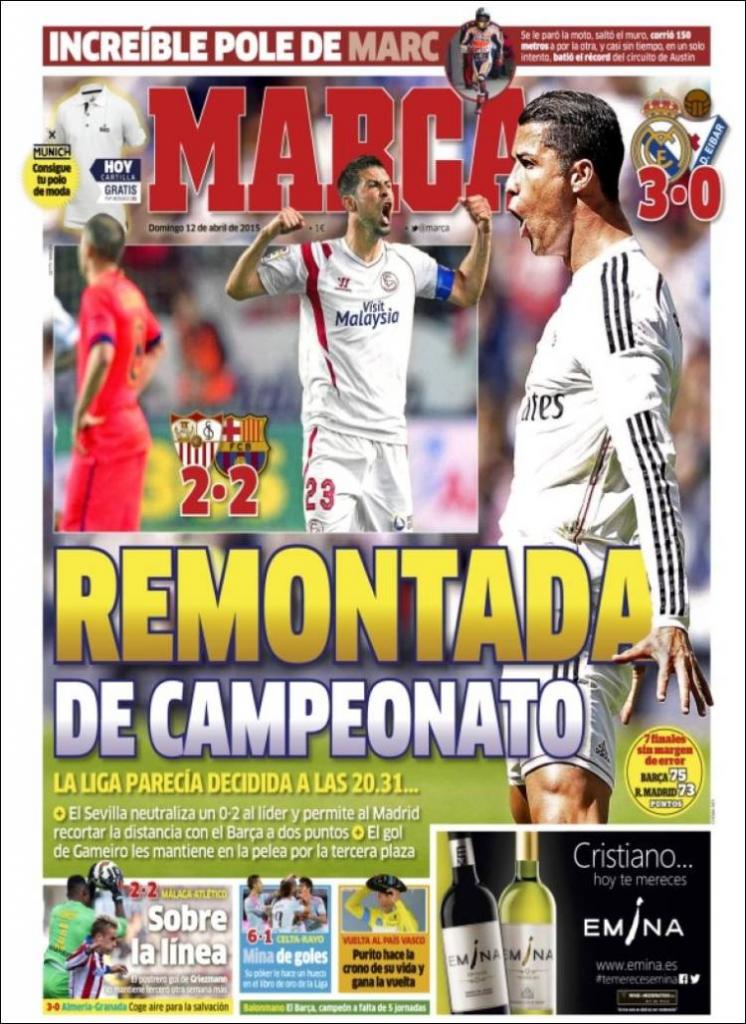 Gameiro’s goal keeps them in the fight for third place

Almeria-Granada: they can breathe again for safety

A mine of goals 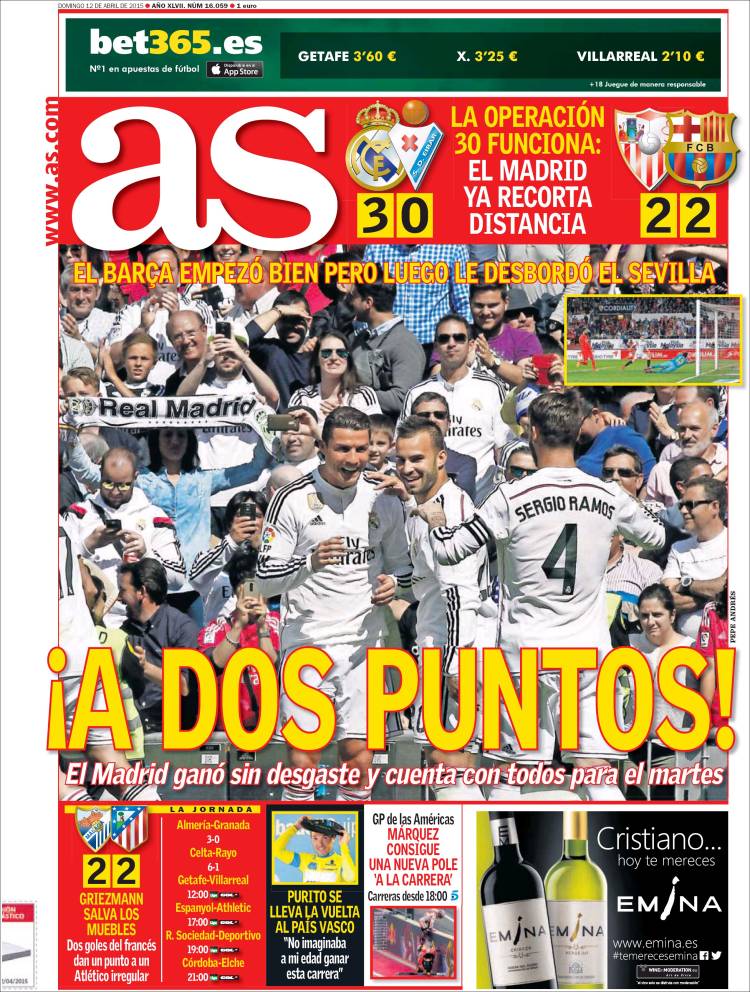 Madrid win without problems and have everyone available for Tuesday

Griezmann saves it: two goals from the Frenchman earns a point for an erratic Atletico 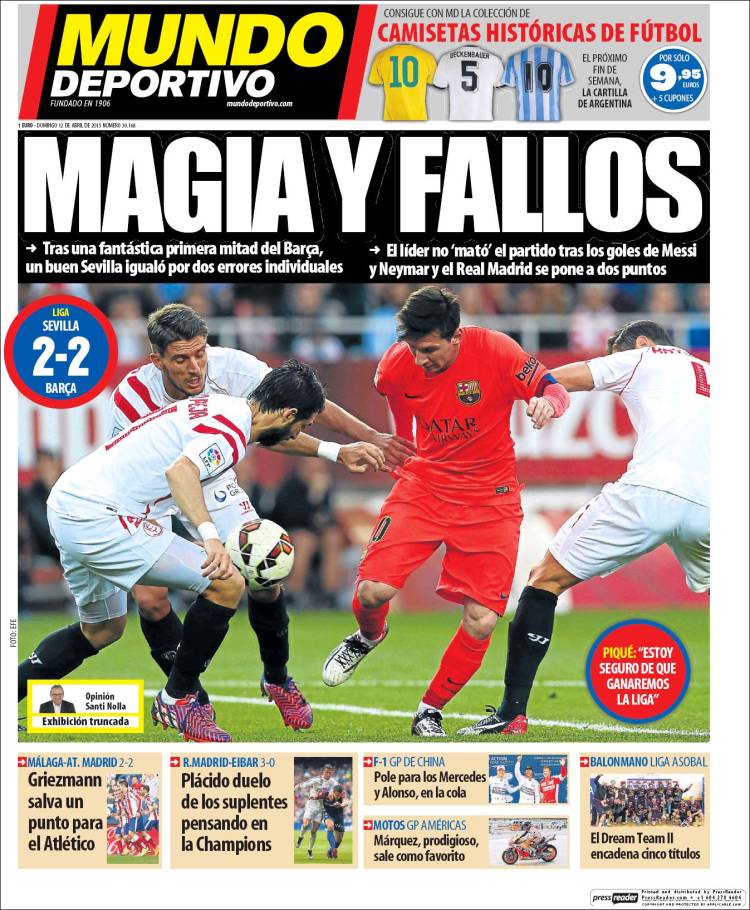 The leaders couldn’t ‘kill’ the game after goals from Messi and Neymar, while Madrid are now two points away

Griezmann saves a point for Atletico

Real Madrid 3 Eibar 0: Comfortable clash for the replacements thinking of the Champions League