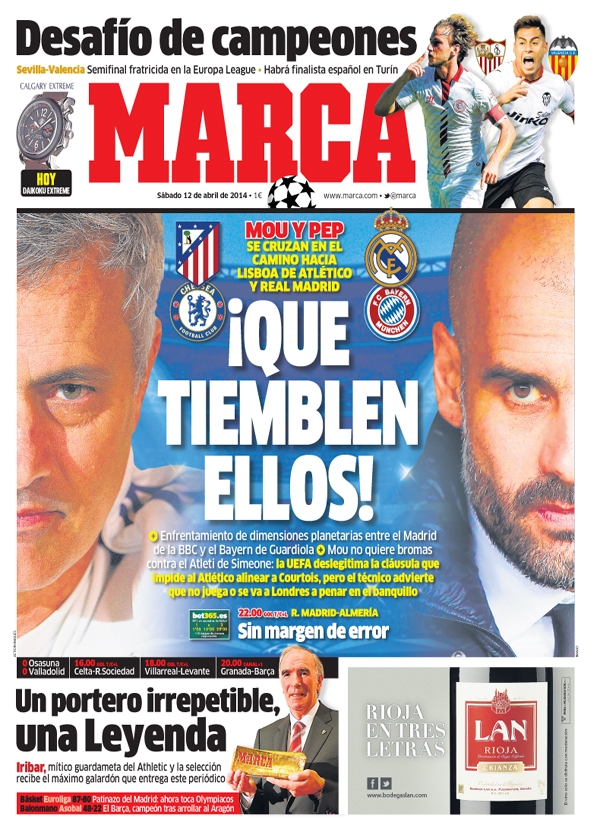 They tremble with fear
Mou v Pep
They are to cross paths in the journey to Lisbon via Madrid and Atletico
A meeting of epic dimensions between Madrid and their BBC and Guardiola's Bayern
Mou does not to make jokes abuot Atleti's Simeone: UEFA de-legitimise the clause that blocks Courtois from playin but the coach warns that he does not play or goes to London only to sit on the bench
Real Madrid v Almeria: No room for mistakes
Champions' Challenge, Sevilla and Valencia meet in an enticing semifinal
There will be one Spanish finalist in Turin
An unmistakable legend
Iribar, Athletic's mythical goalkeepers receives the highest award given by Marca 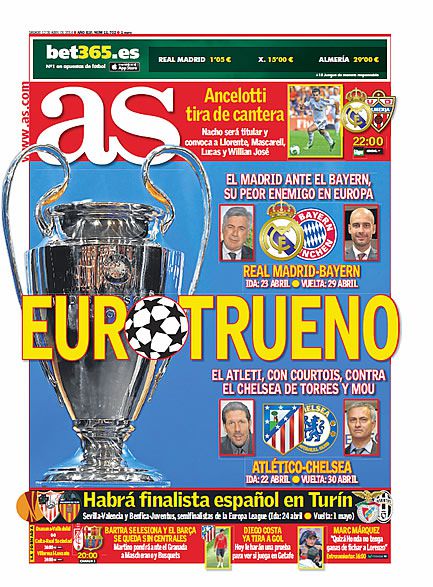 Euro Storm
Madrid against Bayern, its age-old European enemy
Atleti, with Courtois, against Mou and Torres' Chelsea
Ancelotti looks to the Cantera
Nacho will start as he also calls up Llorente, Mascarell, Lucas and Willian Jose
Bartra injured as Barca run out of central defenders
Martino will go with Busquets and Mascherano against Granada
Diego Costa already scoring goals agains
Today he will undergo tests to see if he plays in Getafe
Marc Marquez: "Maybe Honda do not want to sign Lorenzo" 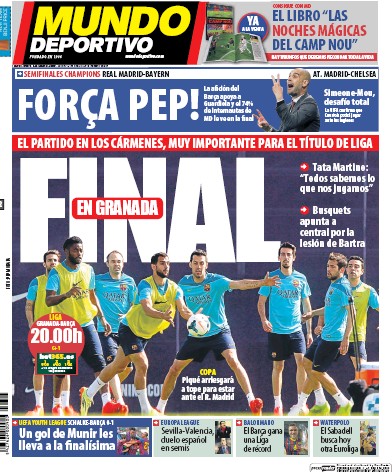 Final in Granada
Tata Martino: "Everyone knows how we play"
Busquets to play in defence in place of Bartra
Copa del Rey: Pique to be risked against Real Madrid
Forza Pep: Barca fans now supporting Guardiola and 74 per cent of readers believe he will make the final
Simeone v Mou: A real challenge for both
UEFA confirm that Courtois will be able to play
Europa League: Sevilla v Valencia, a Spanish duel in the semfinals
La Liga: Cristiano recovering with the physios
Handball: Barca win La Liga record