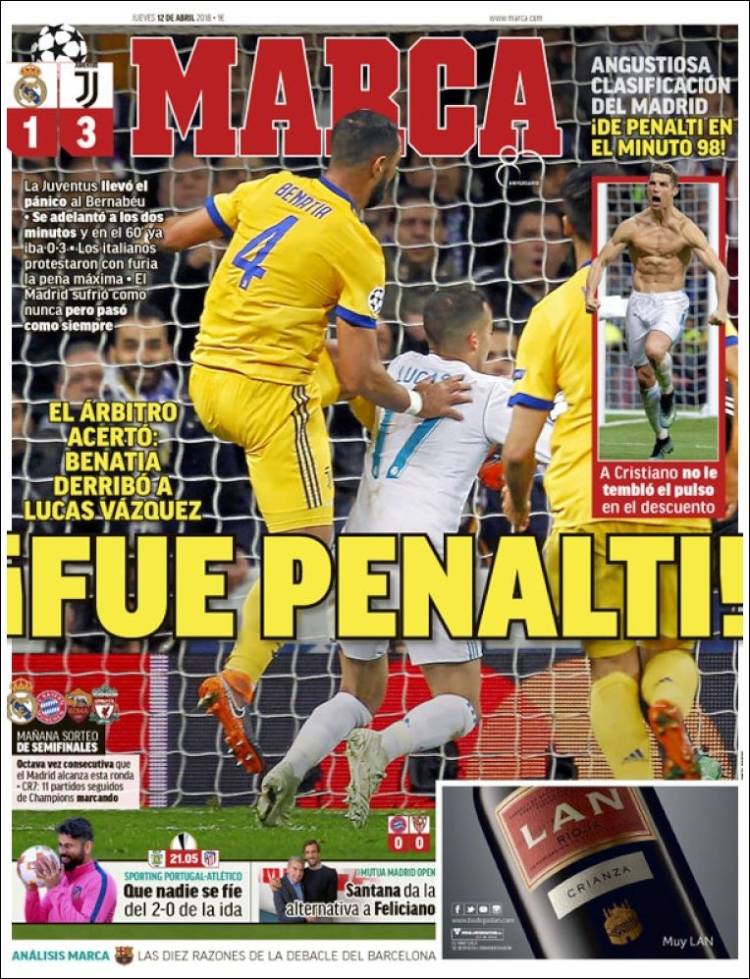 It was a penalty!

Juve caused panic in the Bernabeu going 3-0 up, the Italians protest at the penalty but Madrid qualify for the semis as always

Ronaldo's pulse does not tremble

Nobody believes 2-0 is enough 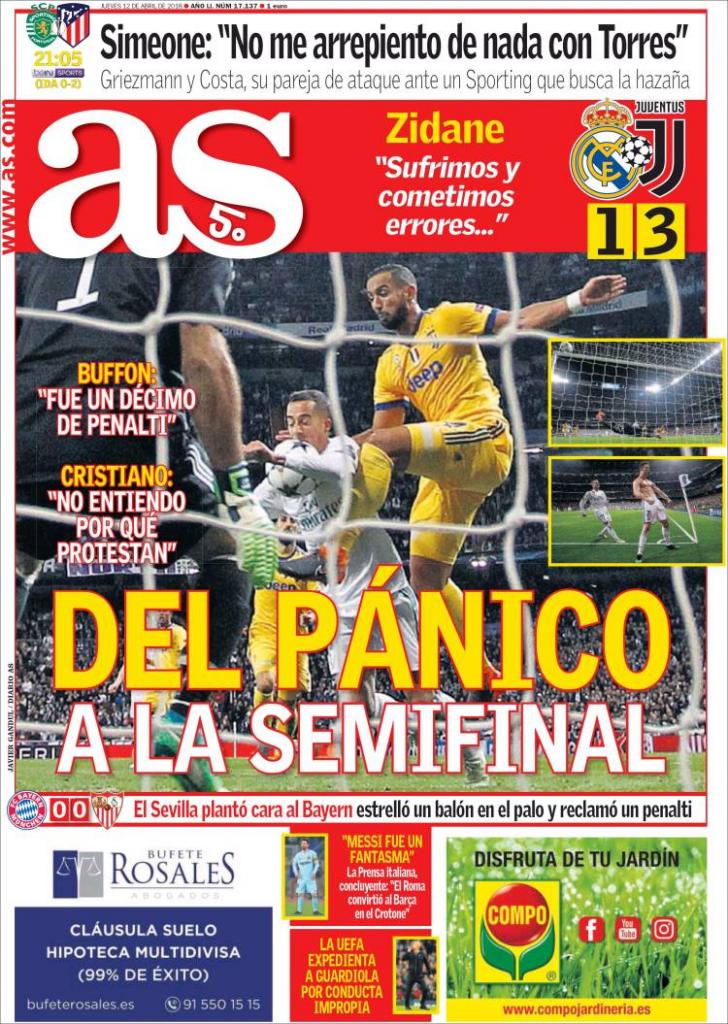 Buffon: It was a tenth of a penalty, Ronaldo: I do not understand why they protested

Zidane: We suffered and committed errors

Simeone: I regret nothing with Torres - Griezmann and Costa lead the attack v Sporting CP

"Messi was a fantasy"

Pep to be punished for improper conduct 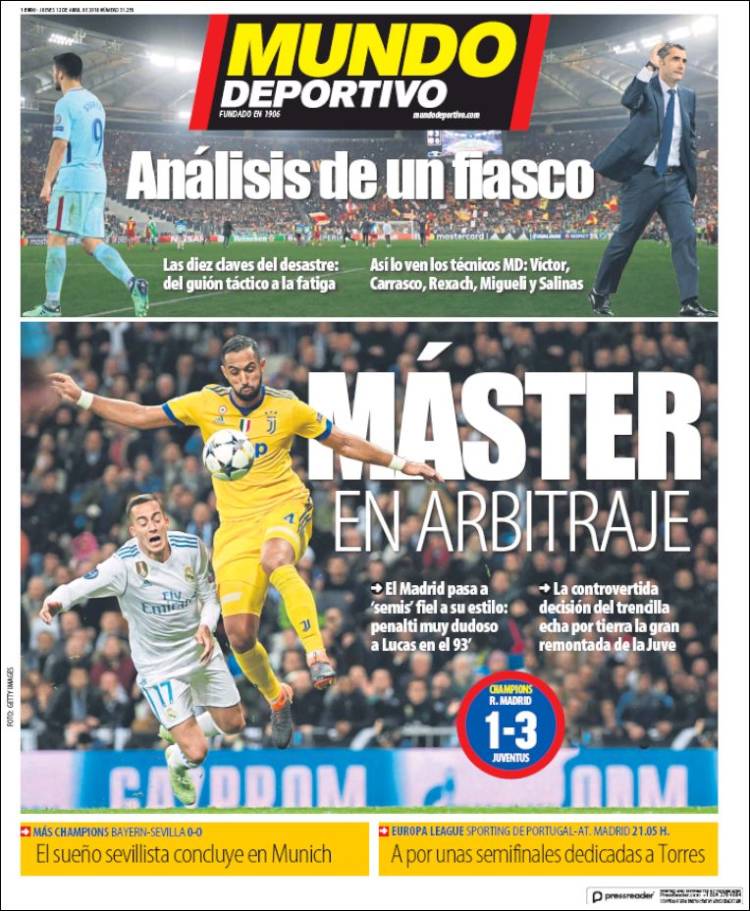 Madrid through to the semi-finals faithful to their style, with a 93rd minute penalty, ruins Juve's great comeback

Analysis of the fiasco - 10 keys including fatigue

Going for the semi-finals to dedicate to Torres