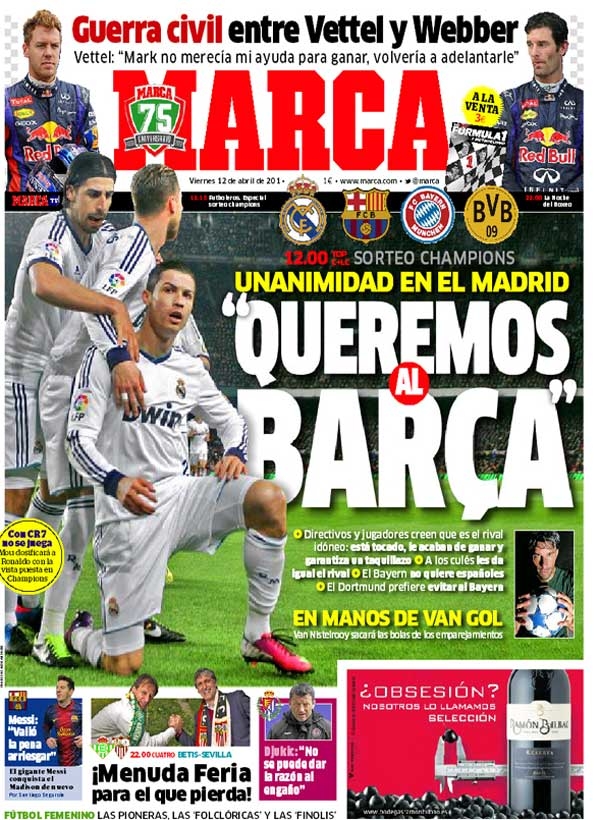 Directors and players believe that they are the most suitable rival

Los Cules do not have any preference

Bayern do not want Spanish teams

In the hands of Van Goal

Van Nistlerooy to draw the teams

Messi: "It was worth risking"

What a fair for which to lose

Djukic: " I cannot give a reason for the disillusion"

Civil war between Vettel and Webber

Vettel: "Mark does not deserve my help to win, I should go ahead of him" 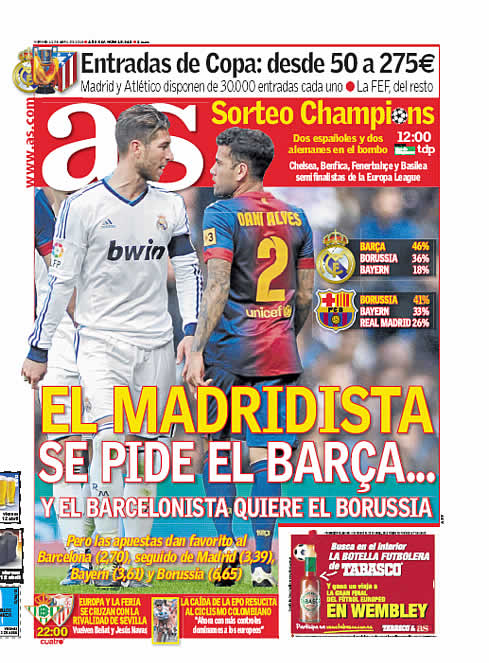 Draw of the Champions League today

Chelsea, Benfica, Fenerbahce and Basil in the semifinals of the Europa League

Europa and the derby of Sevilla

They have Benat back and Jesus Navas

Madrid and Atletico have 30000 tickets each, La FEF, the rest 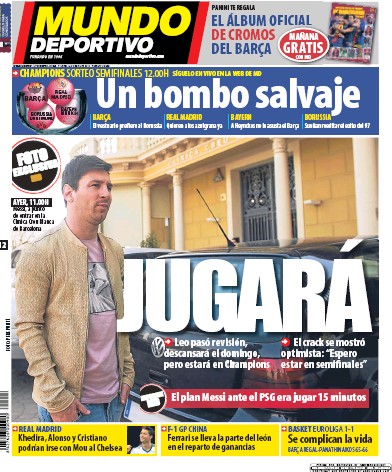 The crack shows his optimism: "I hope to be in the semifinals"

The Messi plan against PSG was to play 15 minutes

A bomb draw for the Champions League: Barca prefer Dortmund, Real Madrid want to play Barca, Bayern do not fear Barca and Borussia dream of repeating 1997

Real Madrid: Khedira, Alonso and Cristiano could go to Chelsea with Mourinho