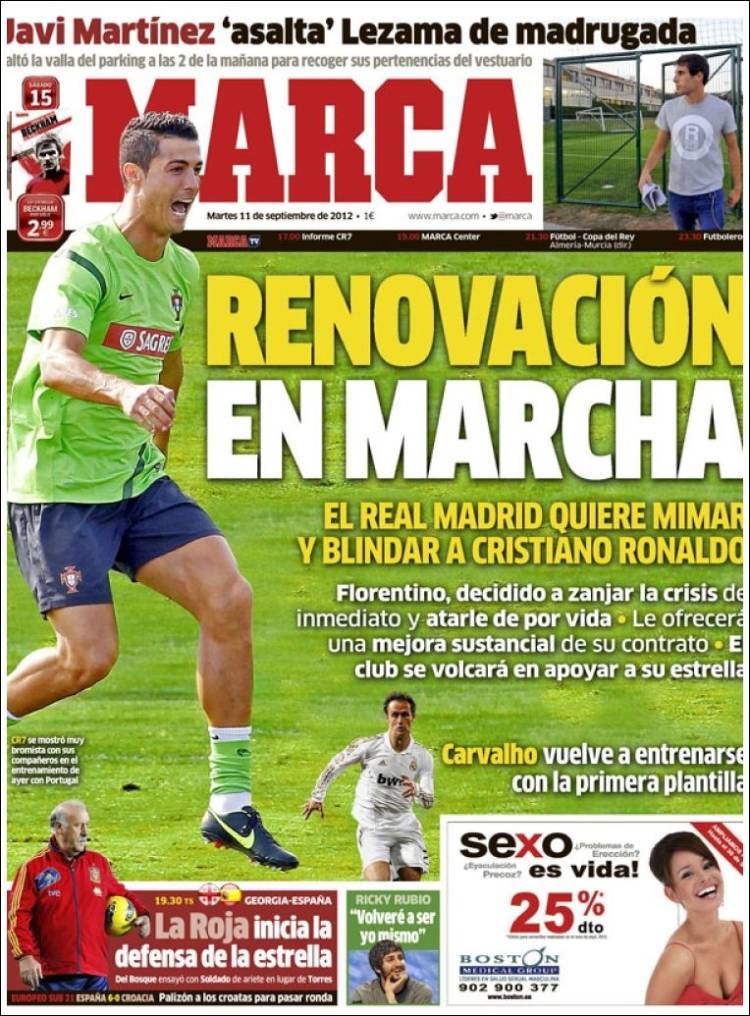 He will be offered a substantial contract improvement

The club fall over themselves in supporting their star

Carvalho returns to training with the first-team squad

CR7 joked with his teammates in training with Portugal yesterday

Javi Martinez 'raids' Lezama in the early hours: he climbs over the parking fence at two in the morning to collect his belongings from the dressing room

La Roja begin the defence of their title

Spain 6 Croatia 0: a thrashing for the Croats to qualfiy for the next round 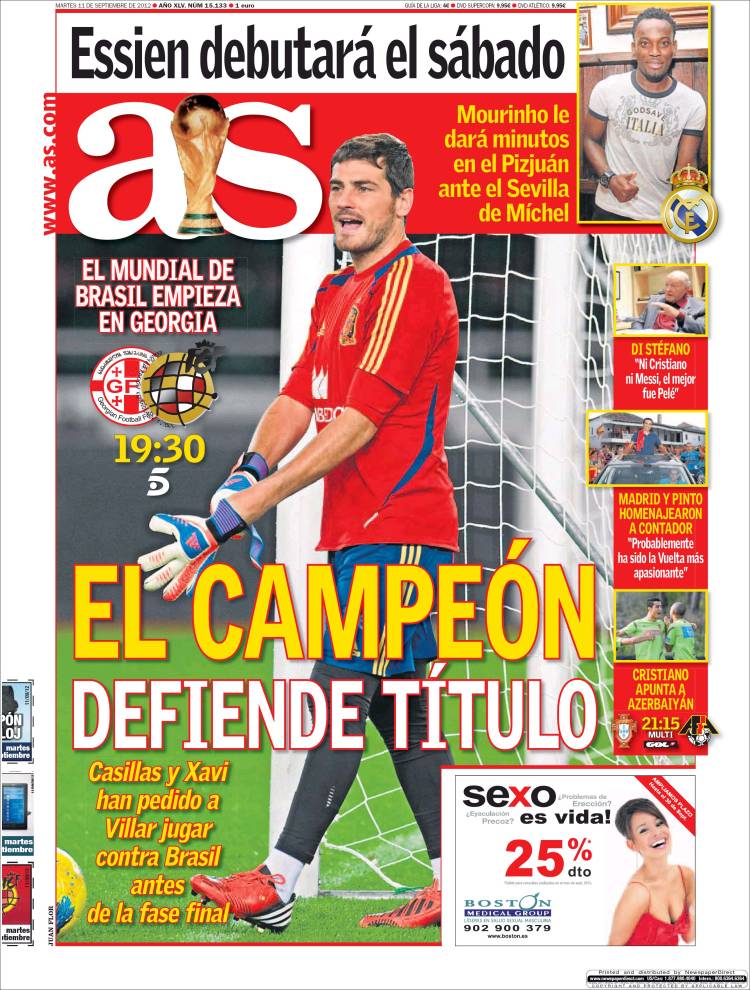 The champions defend their title: the Brazil World Cup begins in Georgia

Essien will make his debut on Saturday: Mourinho will give him minutes in the Sanchez Pizjuan against Michel's Sevilla

Di Stefano: "Neither Cristiano nor Messi was the best, that was Pele" 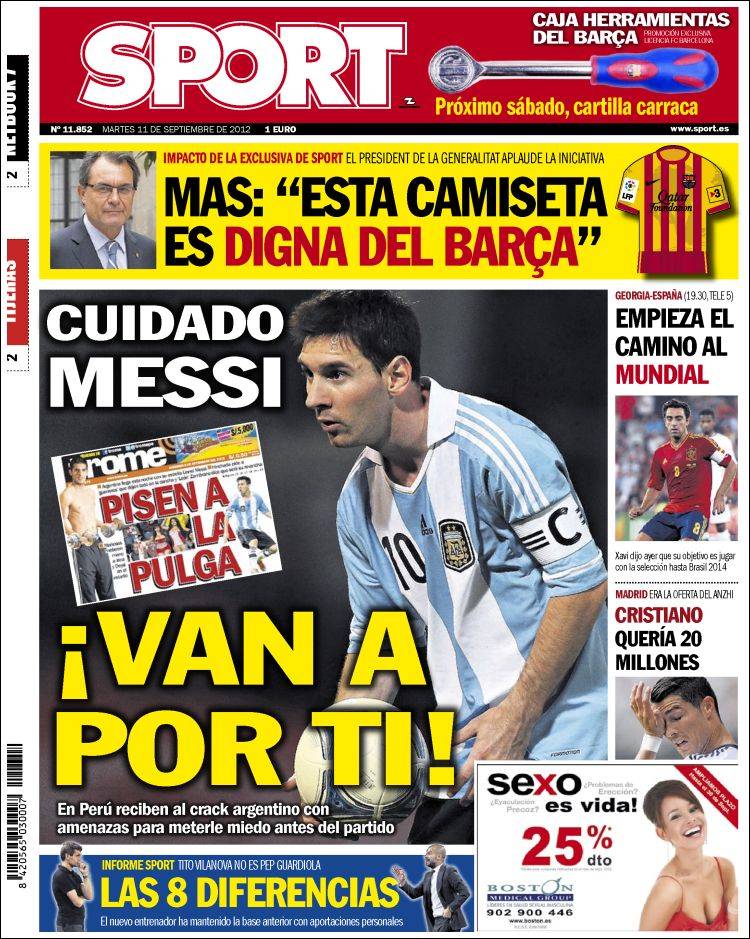 They are out to get you! Messi beware

Mas: "This shirt is worthy of Barca" - the parliamentary President applauds the iniciative

The road to the World Cup begins

It was the offer from Anzhi: Cristiano wanted €20m