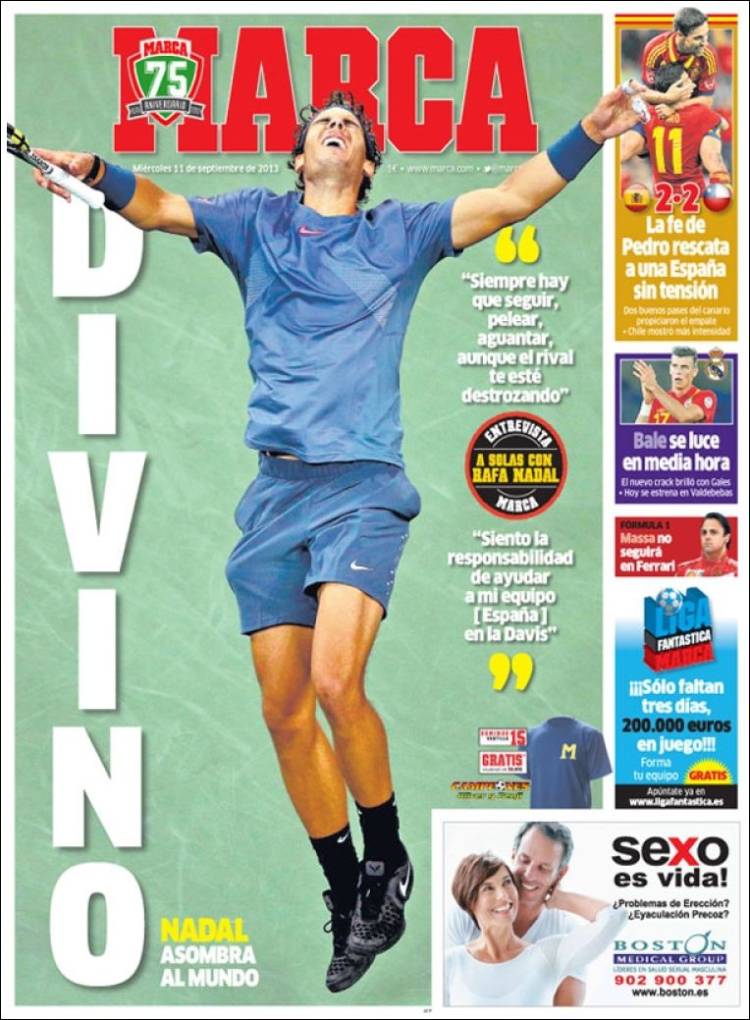 "Always you have to persevere, fight, endure even when your rival is destroying you"

Spain 2-2 Chile: The faith in Pedro rescues a Spain side lacking intensity

Bale lights up for half an hour

The new star shines for Wales

Today he trains at Valdebebas

Formula 1: Massa will not continue with Ferrari 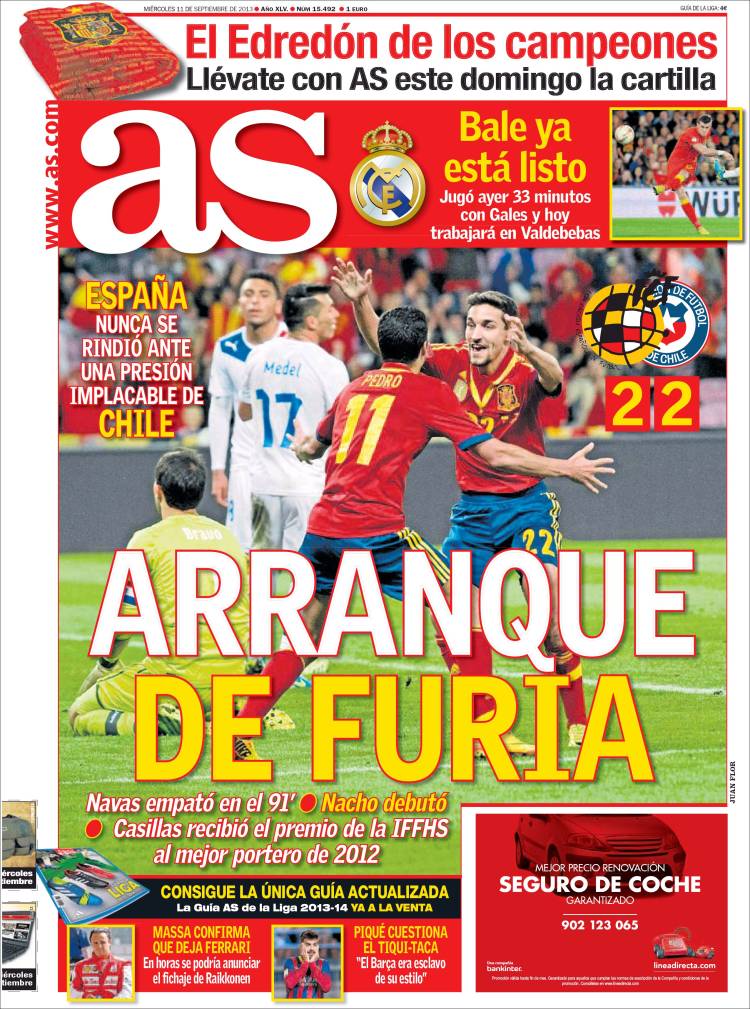 Spain never gave up against a ruthless Chile side

Navas levels the game in the 91st minute

Casillas receives the IFFHS award for the best goalkeeper of 2012

Massa confirms he will leave Ferrari

It could be announced in hours Ferrari's signing of Raikkonen

"Barca were slaves to this style" 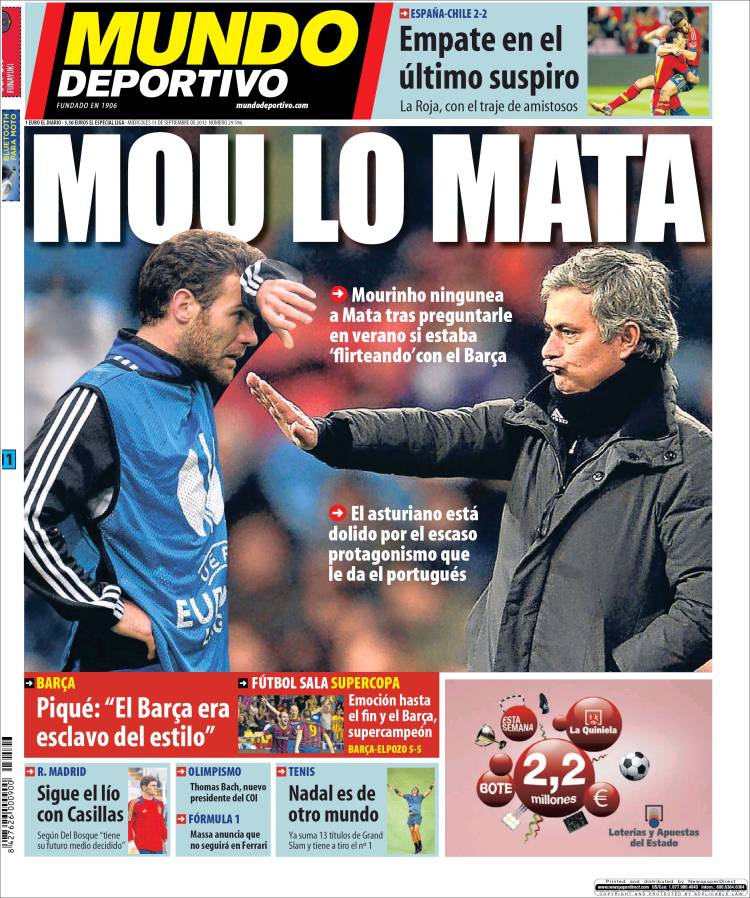 The Asturian is suffering due to a lack of playing time

Spain 2-2 Chile: A draw in the last minute

Pique: "Barca were slaves to their style"

Futsal: Exciting to the end and Barca are champions

According to Del Bosque, his future is half decided

Tennis: Nadal in a class of his own

He has Grand Slam titles