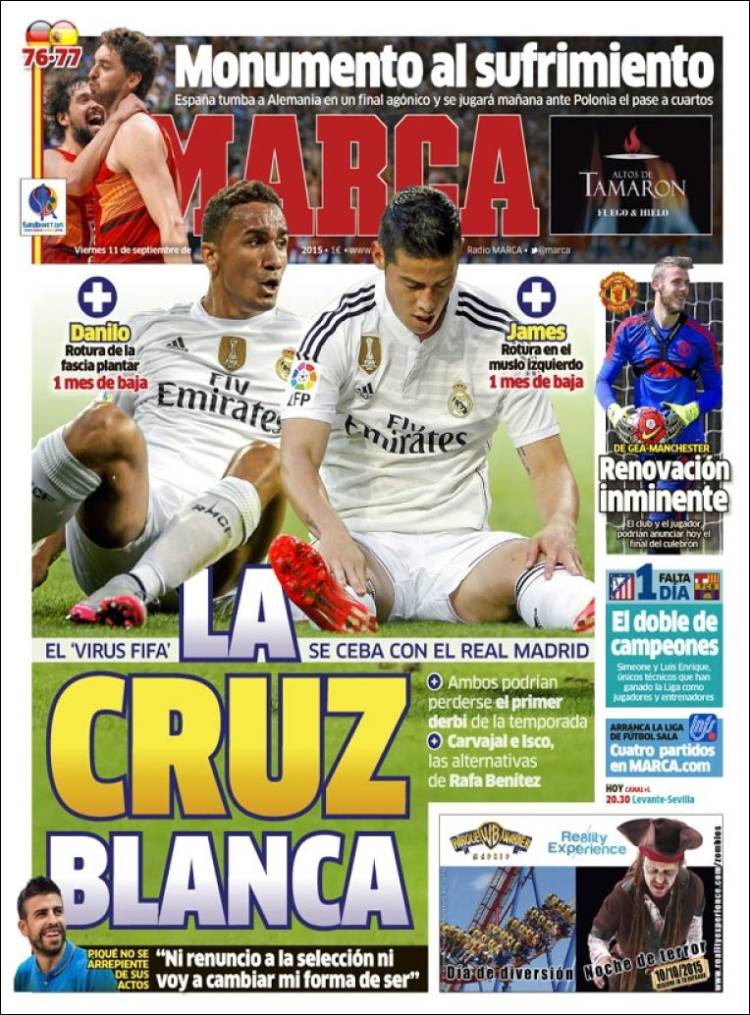 Both could miss the first derby of the season

Pique does not regret his actions

“Neither will I retire from international football or change my ways”

The duel of champions

Simeone and Luis Enrique, the only Coaches who have won La Liga as a player and Coach 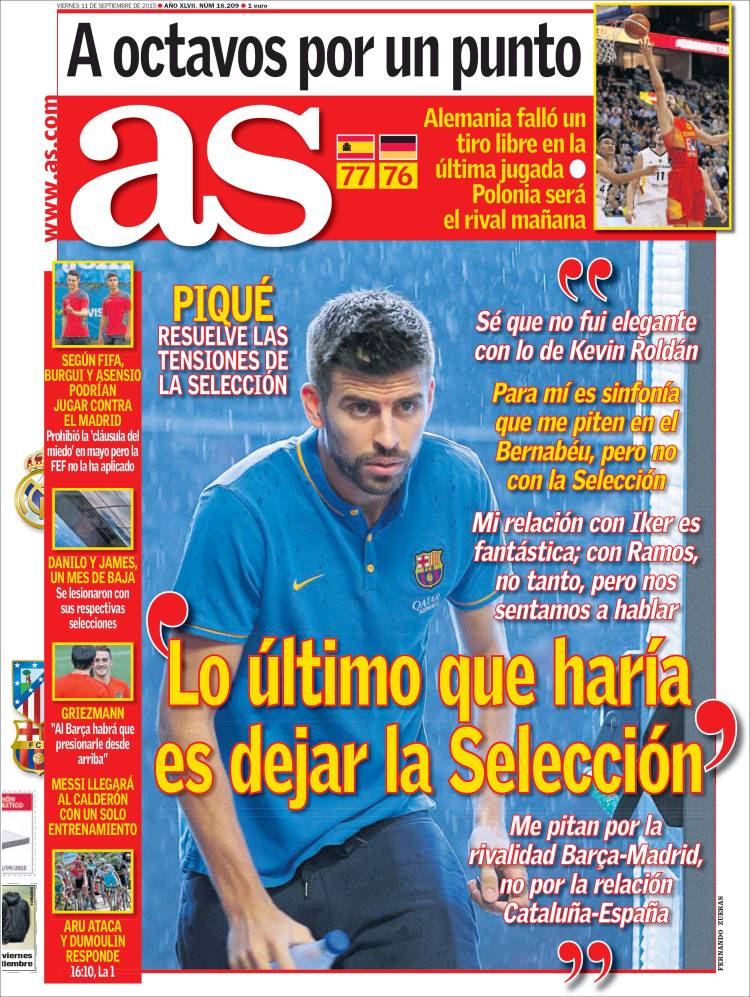 “The last thing I would do is leave the national team”

Pique resolves the tensions within the national team

“I know I was not smart with Kevin Roldan”

“For me, it's a symphony when I'm booed at the Bernabeu, but not with the national team”

“My relationship with Iker is fantastic, not so much with Ramos but we sat down to talk”

“I can take being booed for the Barca-Madrid rivalry, but not for the relationship between Catalonia and Spain”

According to FIFA, Burgui and Asensio can play against Madrid

Danilo and James, out for a month

They were injured while playing for their national teams

Griezmann: “We must push up high against Barca” 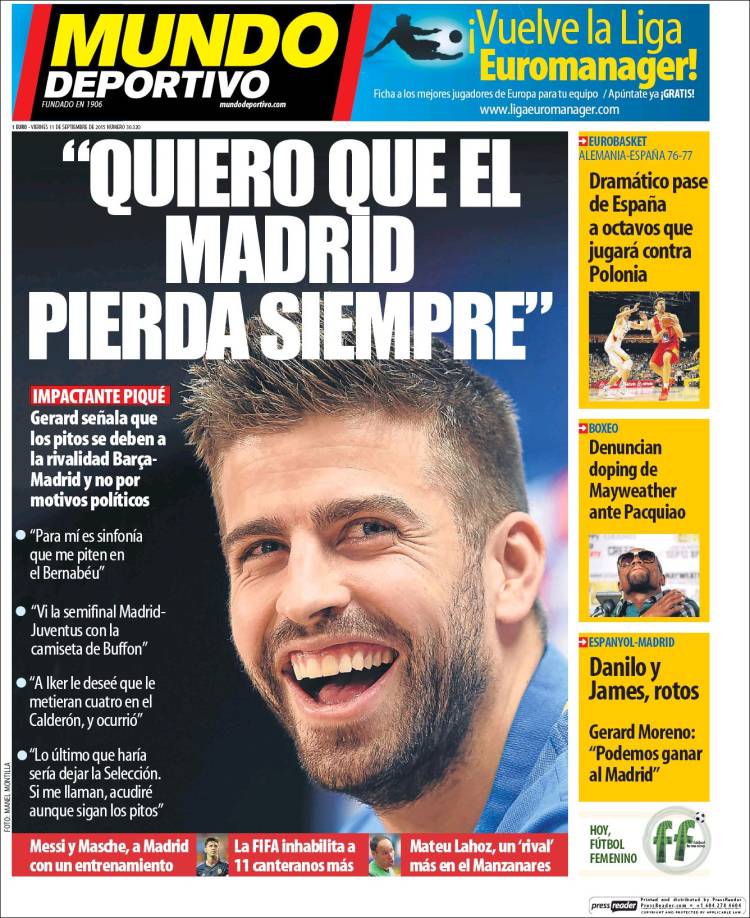 “I always want Madrid to lose”

“For me, it's a symphony when I'm booed at Bernabeu”

“I saw the Madrid-Juventus semi-final while wearing Buffon's jersey”

"I wished Iker would concede four at the Calderon, and it happened”

“The last thing I would do is leave the national team. If they call me, I will answer while still being booed”

Messi and Mascherano, to Madrid with only one workout

Mateu Lahoz, another 'rival' in Manzanares

Gerard Moreno: “We can beat Madrid”