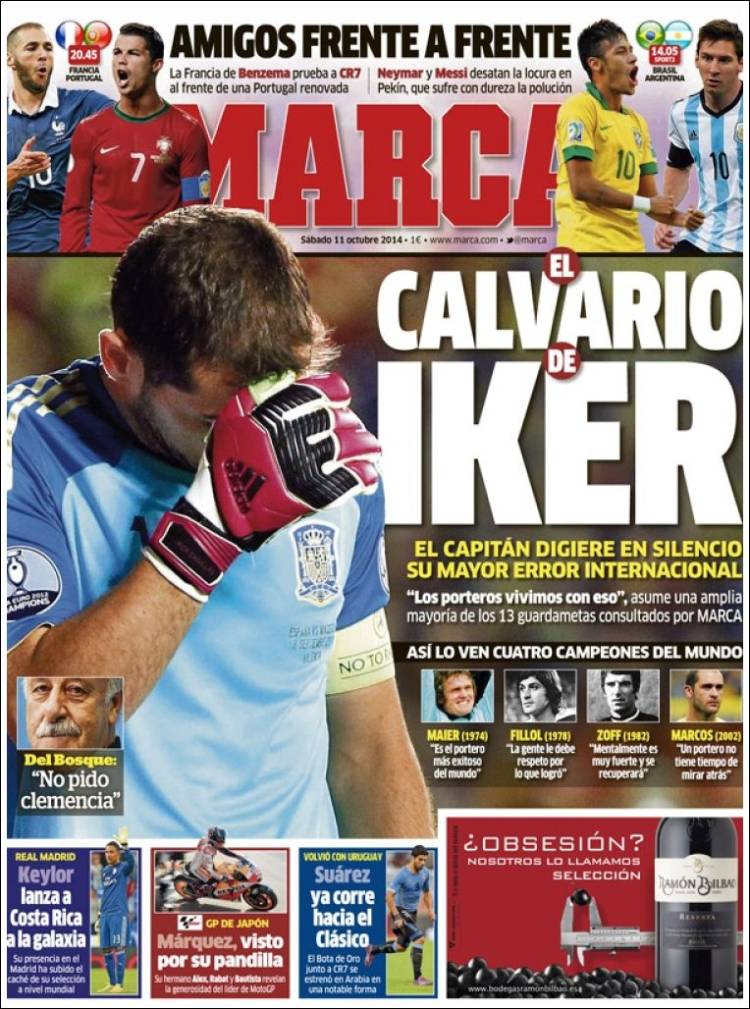 The captain suffers his worst international error in silence

“Goalkeepers have to live with this,” believe a sufficient majority of the 13 ‘keepers consulted by Marca

This is how four World Champions see it:

Maier (1974): “He is the most successful goalkeeper in the world”

Benzema’s France will test CR7, who leads a renewed Portugal

Neymar and Messi unleash the madness in Peking, which is suffering from severe pollution

Keylor sends Costa Rica into orbit; his presence at Madrid has elevated his national team’s status to world level 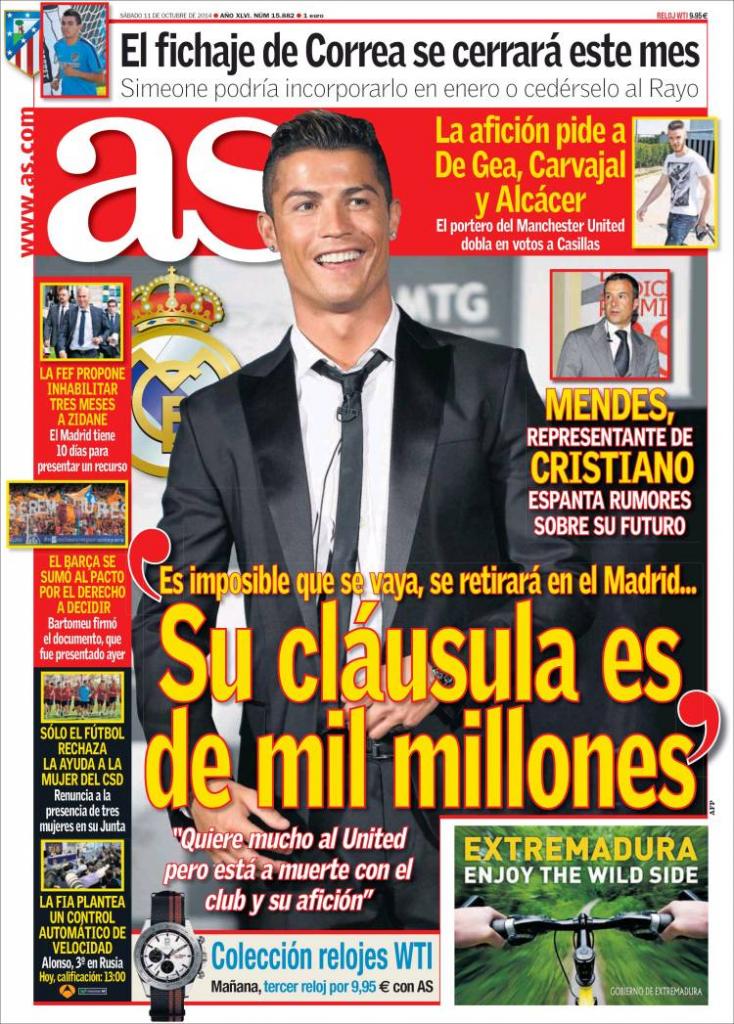 Mendes, Cristiano’s representative, wards off rumours over his future

“It’s impossible he will leave and he will retire at Madrid...his clause is €1bn”

The supporters asks for De Gea, Carvajal and Alcacer

The Manchester United goalkeeper doubles the votes for Casillas

Correa’s signing will be completed this month; Simeone could include him in January or loan him to Rayo

The FEF proposes to disqualify Zidane for three months; Madrid have 10 days to present an appeal

Barca join the agreement for the right to decide; Bartomeu signed the document, which was presented yesterday

Only football refuses to give the CSD women help; they turn down the presence of three women on the board 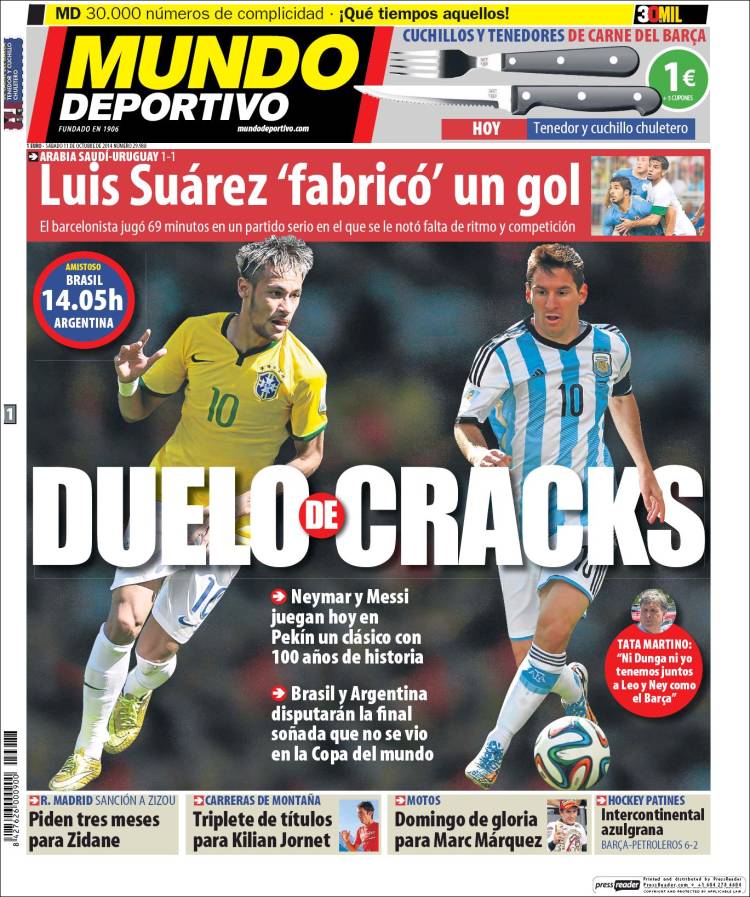 Clash of the Stars

Tata Martino: “Neither Dunga nor I can have Leo and Ney together like they do at Barca”

Luis Suarez ‘fabricates’ a goal; the Barcelona man plays 69 minutes in a serious game with a noticeable lack of rhythm and competitiveness

Real Madrid: Zizou sanction; they are asking for three months for Zidane