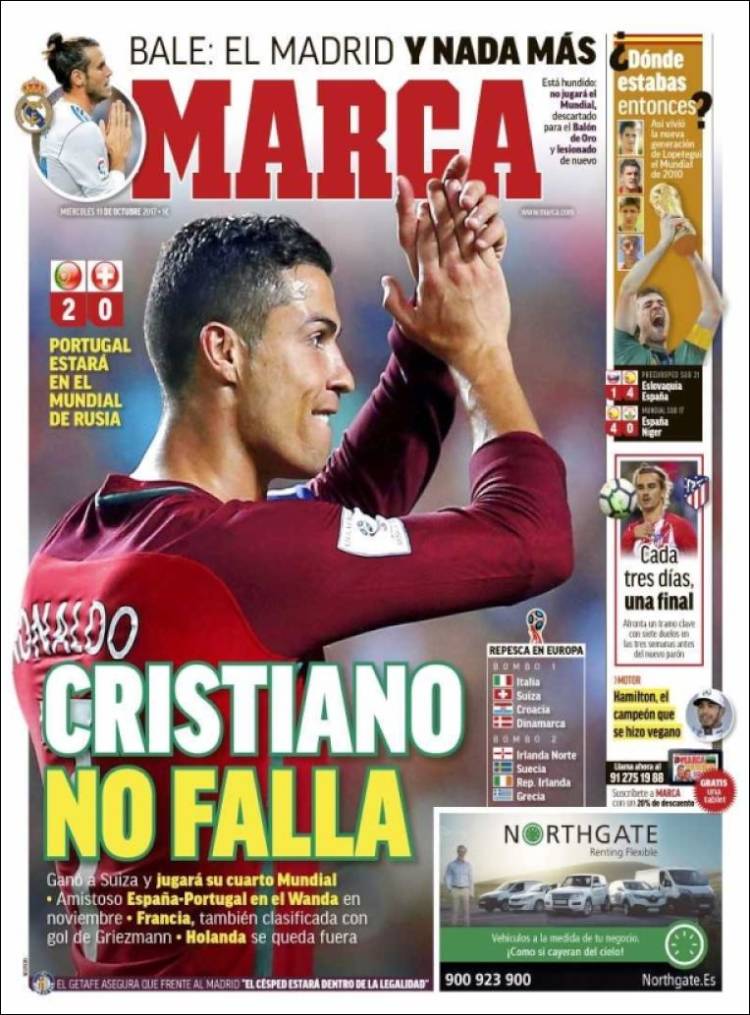 Portugal make it to the World Cup in Russia

Beat Switzerland to progress, scheduled to play Spain in Wanda next month, France also through, Holland out

Bale: Madrid and nothing more

Where are they now?

Each three days, a final 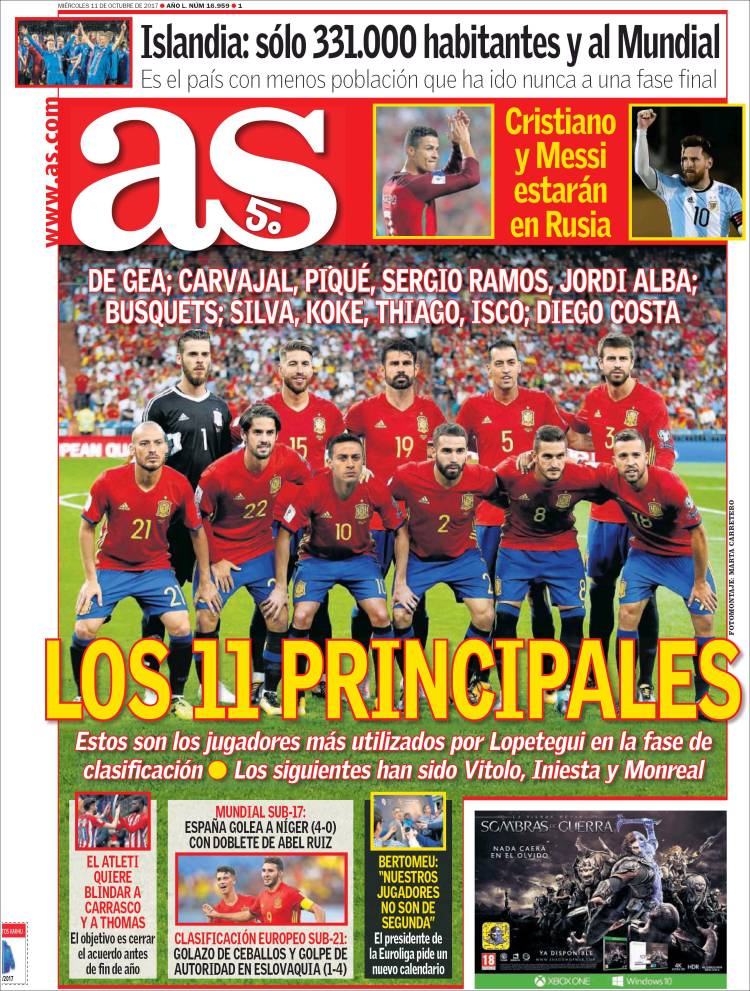 They are the players who will start in Russia, those not to start include Vitolo, Monreal, Iniesta

Iceland, only 331,000 injhabitants and in the World Cup - smallest country in the finals

Cristiano and Messi make it to the World Cup 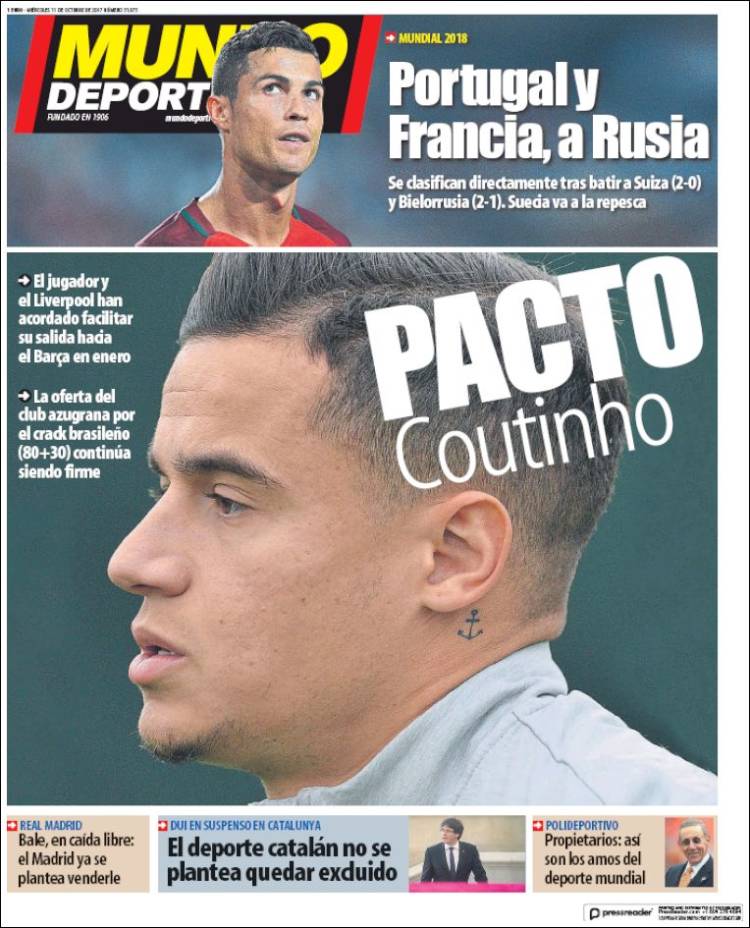 The player and Liverpool have an agreement to let him leave in January, the club offered a total of 110m - 80m up front

Portugal and France, through to Russia - beat Switzerland and Belarus