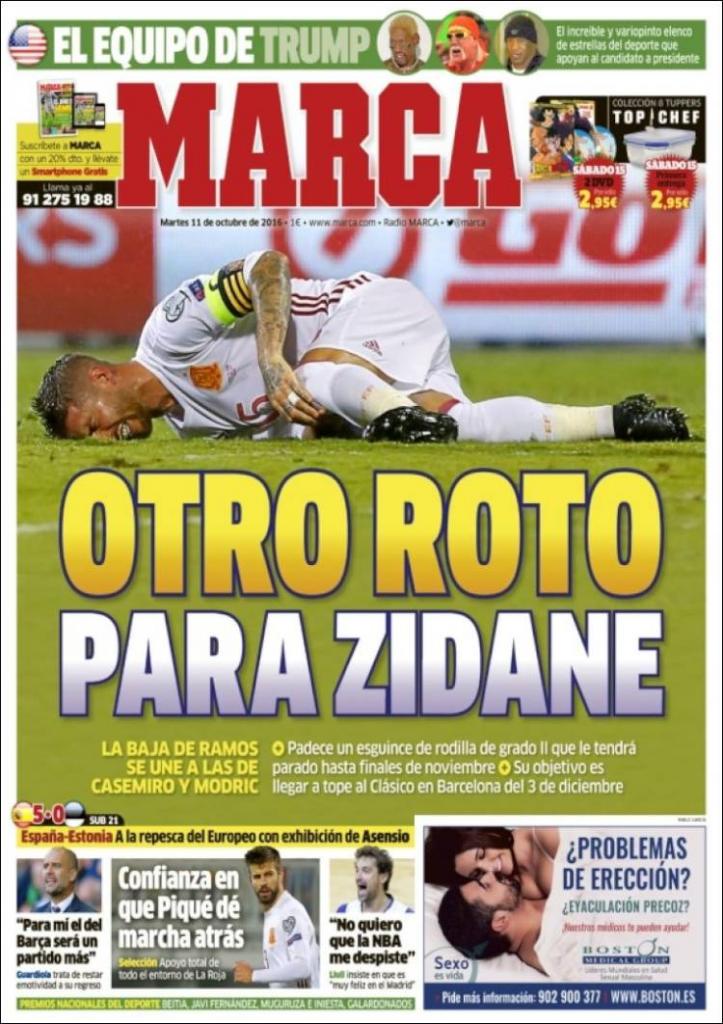 Another injured for Zidane

Ramos joins Modric and Casemiro on the injury list - a knee injury will keep defender out of all November, he targets a return in El Clasico on 3rd December

'The Barcelona game will be extra special for me' - Pep

Confidence Pique will reverse his decision to retire from Spain 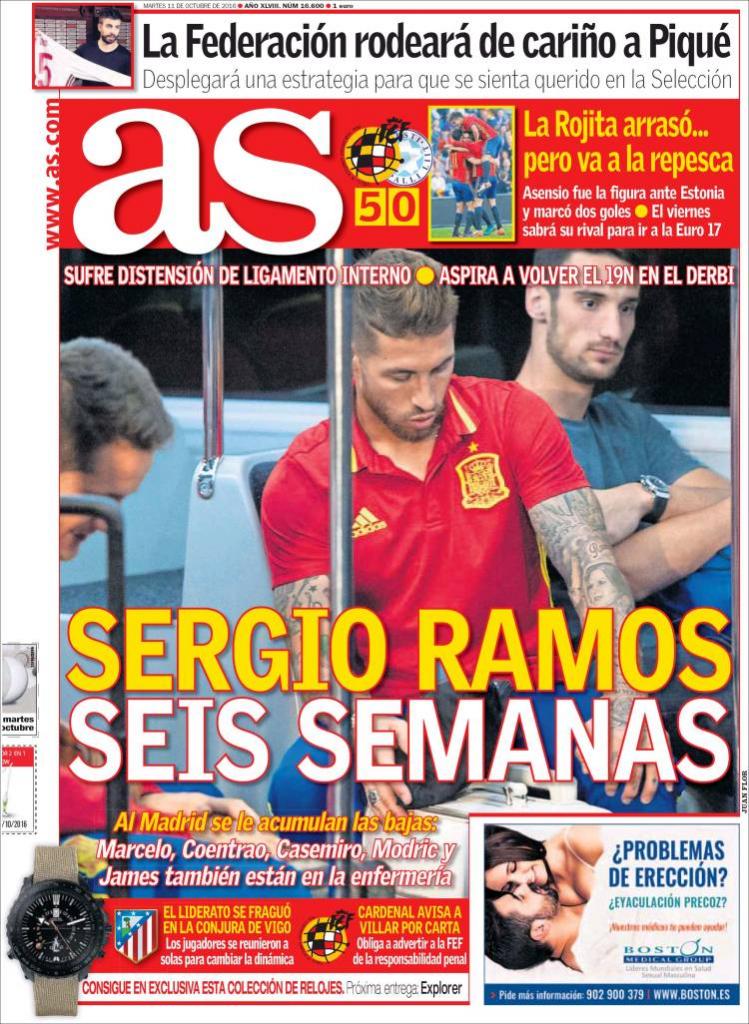 Sergio Ramos out for 6 weeks

The injuries accumulate for Real Madrid - Marcelo, Casemiro,James, Modric, Coentrao are all injured

La Roijita win big...but will be in play-off - Asensio stars and scores two goals against Estonia, they will know their play-off opponent on Friday 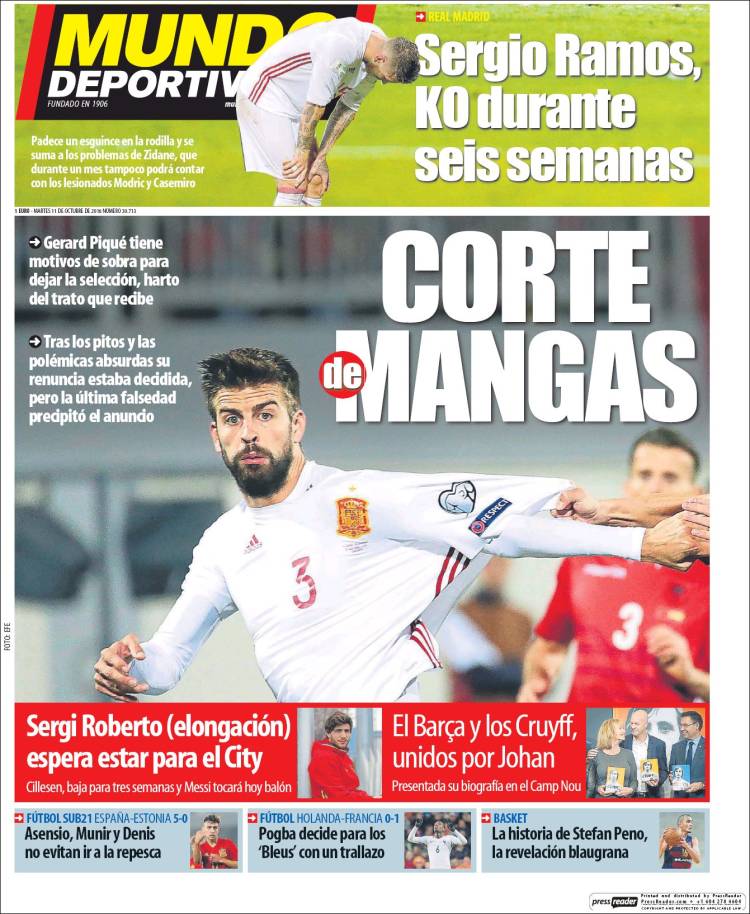 Sergio Roberto aims to be ready for City - Cillesen to miss three weeks, Messi to return to ball-work today

Barca and the Cruyff's unite for Johan

Spain U21 5-0 Estonia U21 - Asensio, Munir and Denis all score but Spain in playoffs