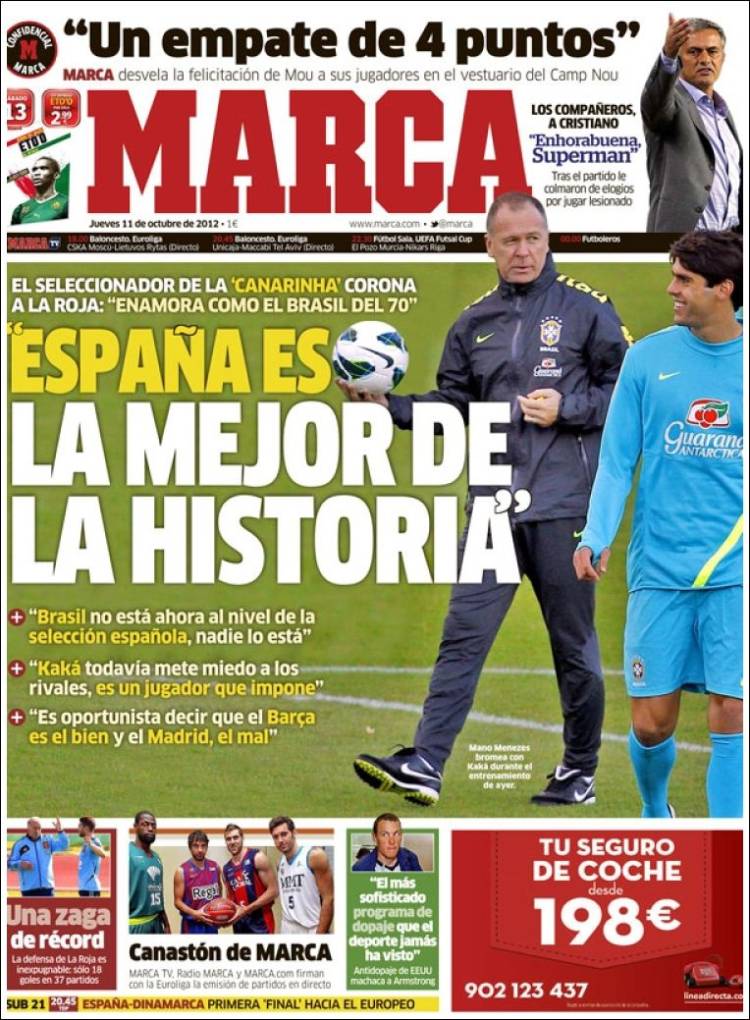 Spain are the best in history

"Brazil are not at Spain's level, nobody is"

"It's opportunist to say Barca are good and Madrid are bad"

Cristiano's teammates: "Congratulations, Superman" - after the match they heaped praise on him for playing while injured

Spain-Denmark: the first final on the road to the European Championship 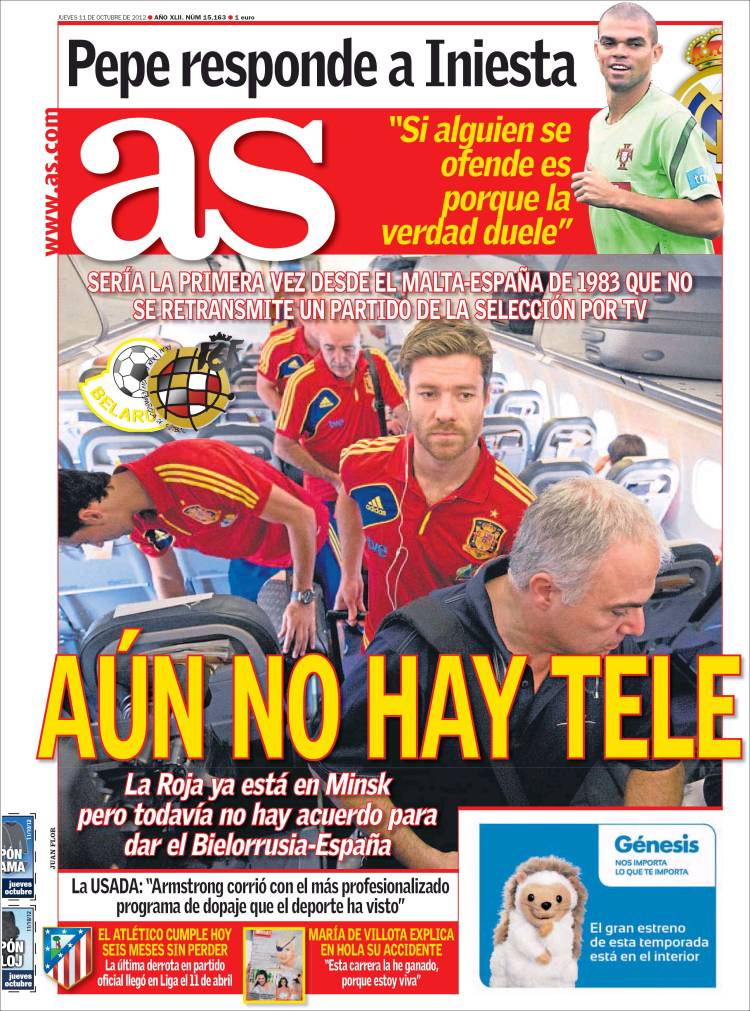 Pepe responds to Iniesta: "If anybody is offended it is because the truth hurts" 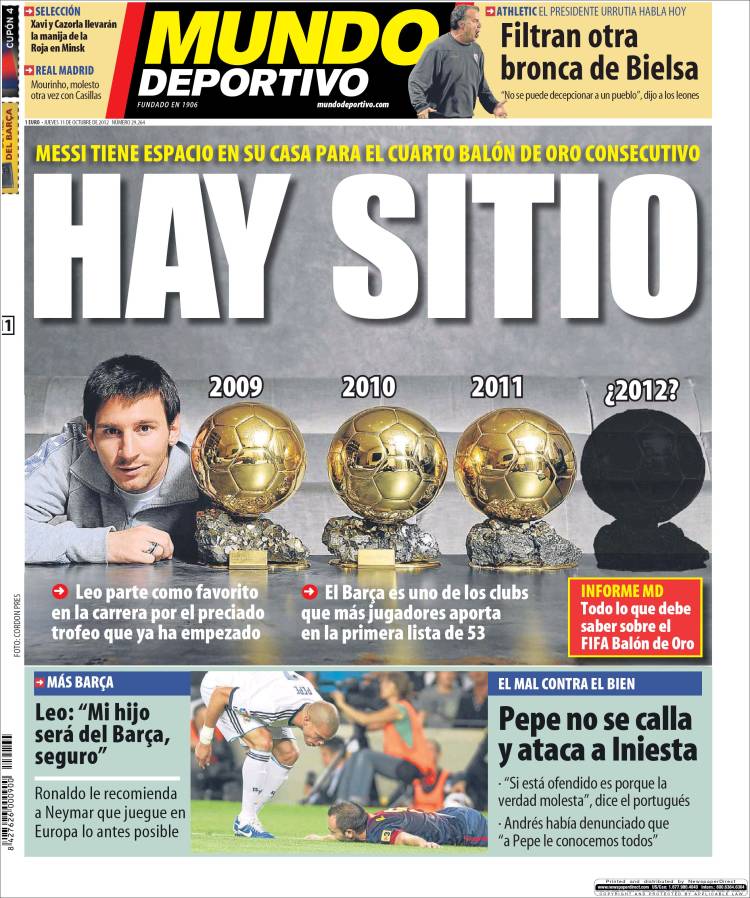 Leo is favourite in the race for the prized trophy, which has already begun

Ronaldo advises Neymar to play in Europe as soon as possible

Pepe does not shut up and attacks Iniesta

"If he is offended it is because the truth hurts," said the Portuguese

Andres said that 'everyone knows about Pepe'