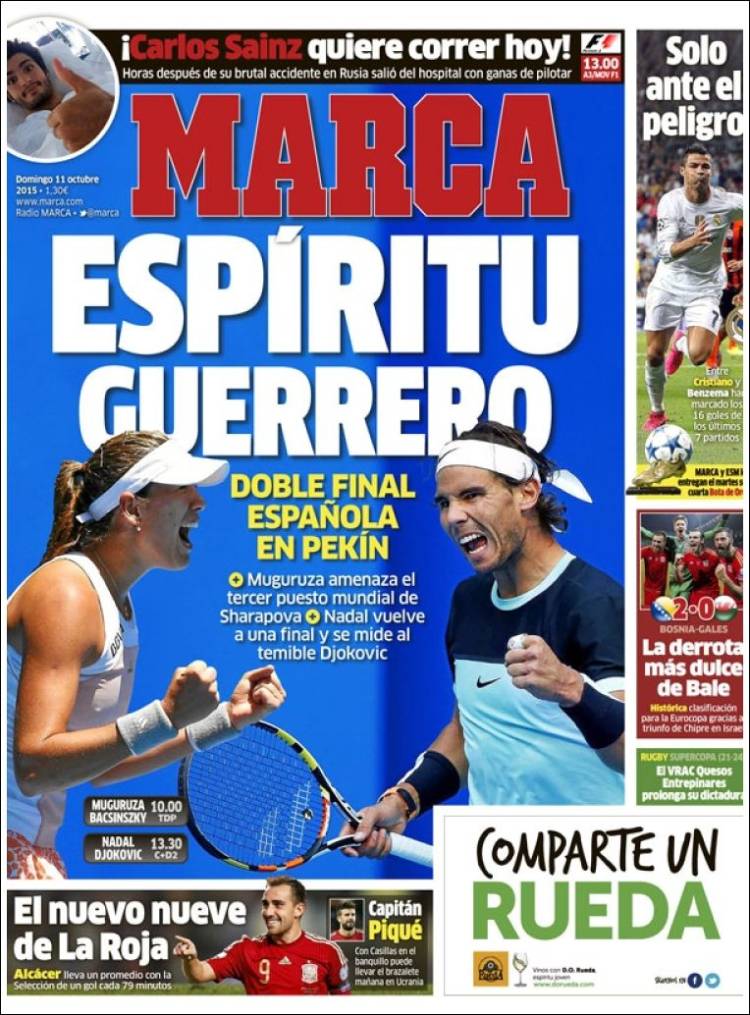 Alcacer averages a goal every 79 minutes for the national team

With Casillas expected to be on the bench, he could wear the armband in Ukraine tomorrow 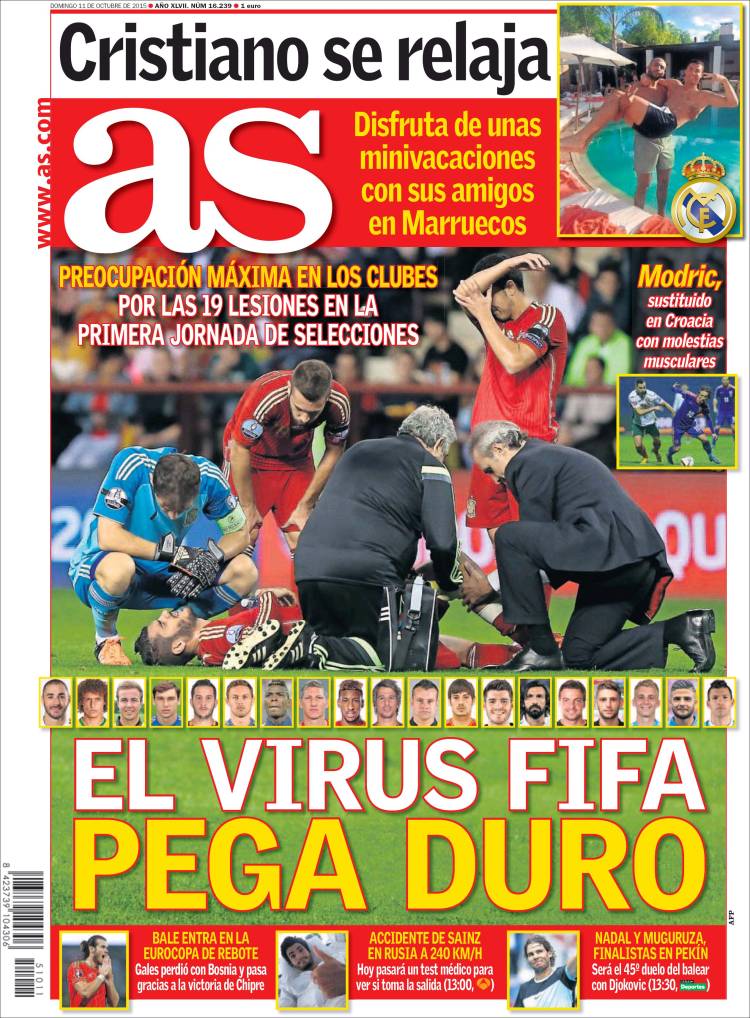 He enjoys a mini-holiday with friends in Morocco

Bale reaches the Euros via rebound

Wales lost to Bosnia but qualified thanks to Cyprus’ win 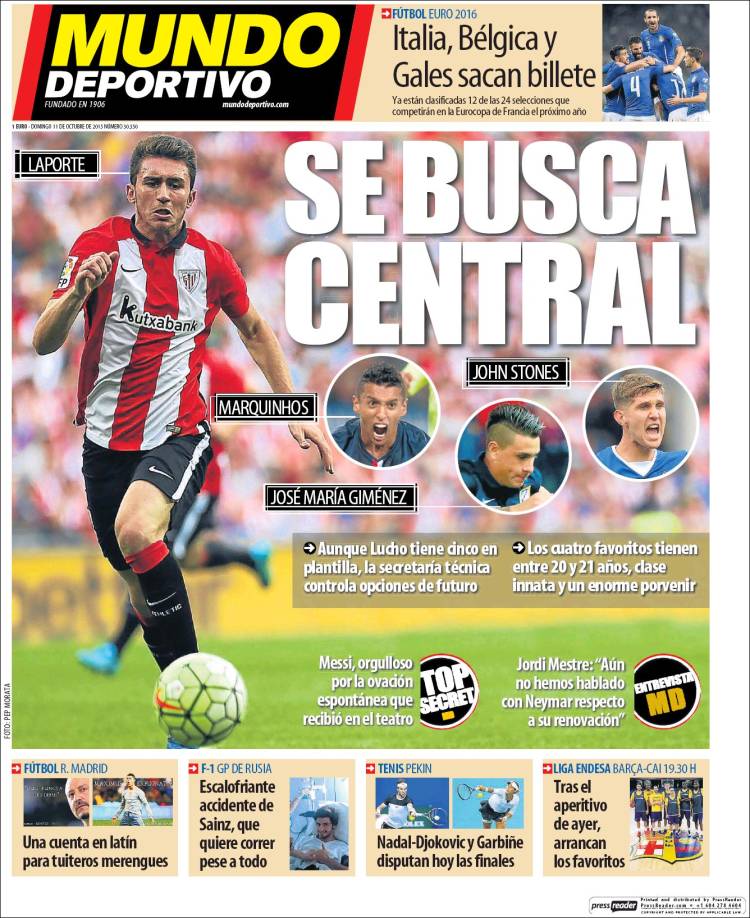 Although Lucho has five, the sporting director is in charge of the Coach’s options for the future

The four favourites are between 20 and 21 years old, possess innate class and have a huge future

Messi, proud of the spontaneous ovation he received at the theatre

Jordi Mestre: “We have not spoken to Neymar about a renewal”

Twenty-four teams will compete in next summer’s European Championship