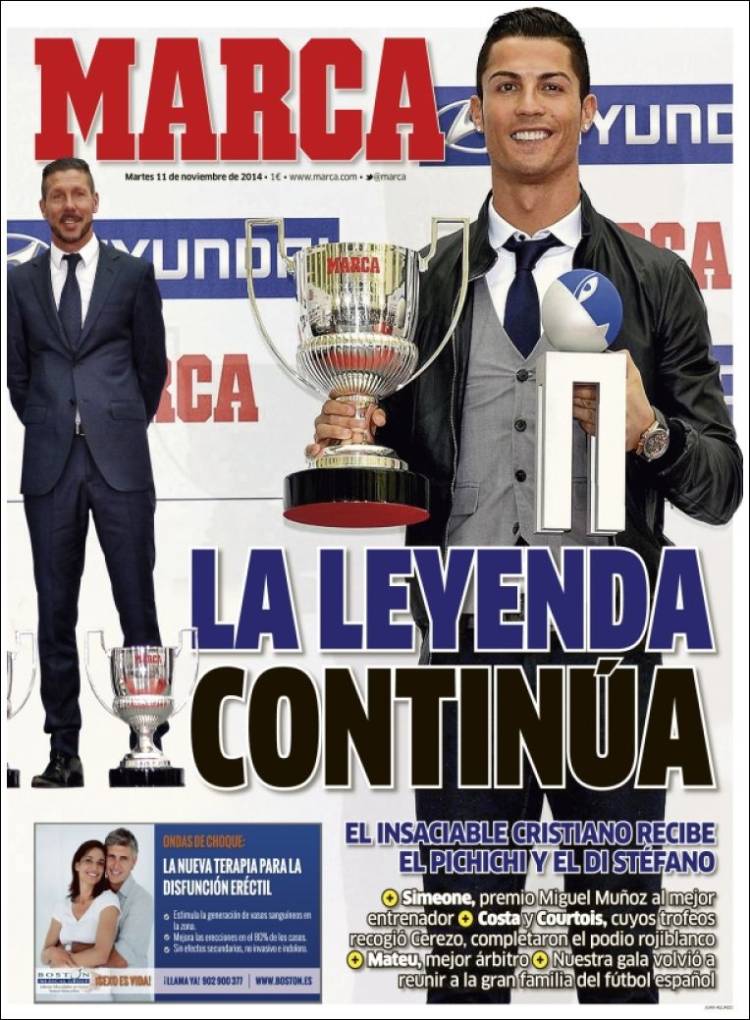 The insatiable Cristiano receives the ‘Pichichi’ and ‘Di Stefano’

Costa and Courtois, whose trophies were collected by Cerezo, complete the Rojiblanco podium

Our gala once again reunited the great Spanish football family 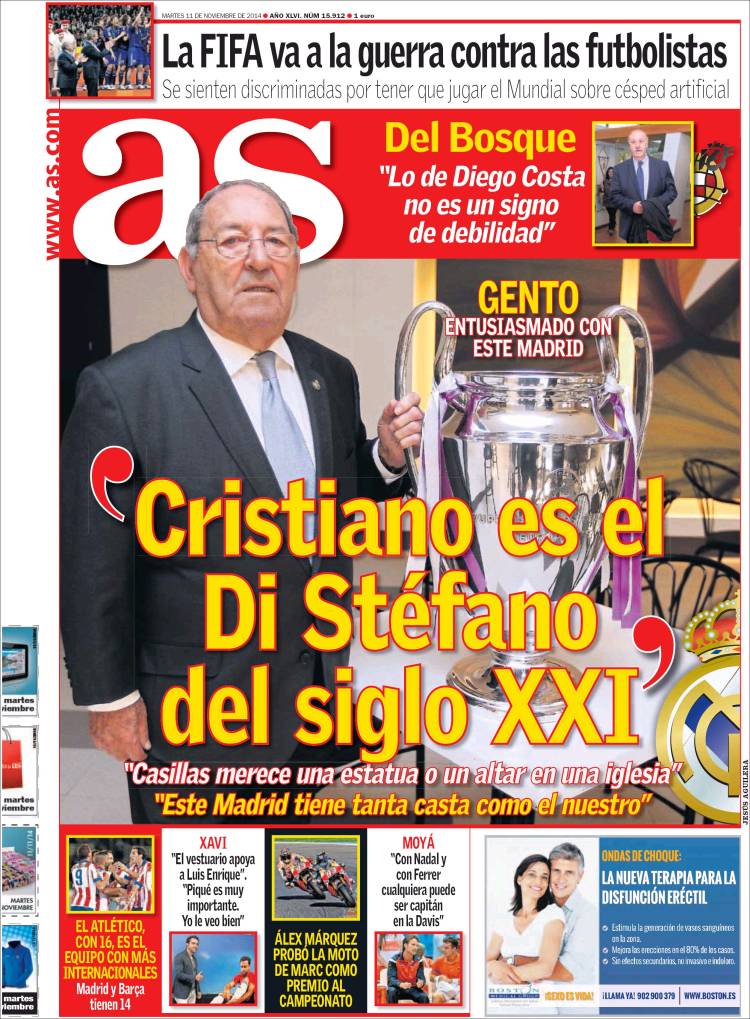 “Cristiano is the Di Stefano of the 21st century”

“Casillas deserves a statue or an altar in a church”

“This Madrid has as much class as ours”

Del Bosque: “What happened with Diego Costa is not a sign of weakness”

FIFA goes to war against the footballers

Atletico with 16 is the team with most internationals: Madrid and Barca have 14

Xavi: “The dressing room is behind Luis Enrique” 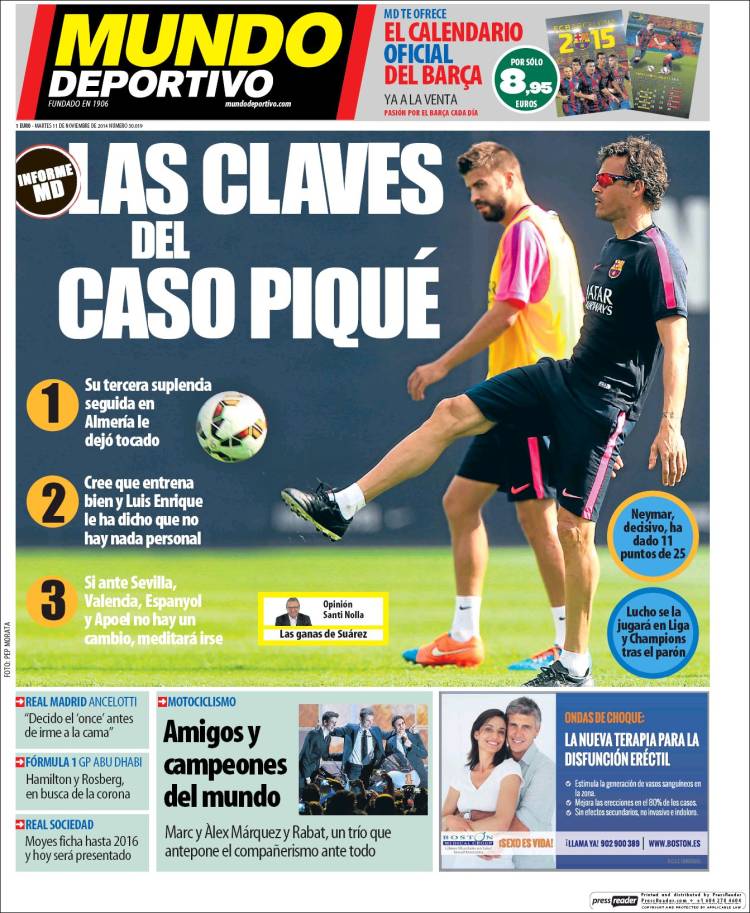 The keys to the Pique case

1. His third successive place on the bench in Almeria leaves him upset

2. He believes he is training well and Luis Enrique has told him it’s nothing personal

3. If against Sevilla, Valencia, Espanyol and APOEL there is no change, he will consider leaving

Neymar, decisive, has been responsible for 11 of the 25 points

Ancelotti: “I decide the starting line-up before going to bed”