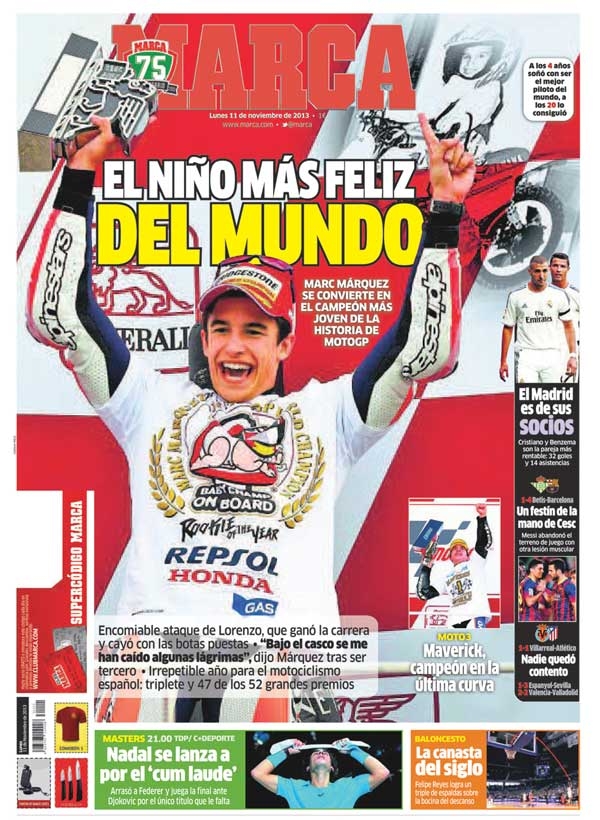 The happiest kid in the world

"I took off my helmet and tears were coming out", said Marquez after coming third

Un-repeatable year for motorcycling in Spain with three riders taking the world by storm, winning 47 of the 52 awards

Madrid and its principal partnership: Cristiano and Benzema are the most effective partnership with 32 goals and 14 assists in total

A party for Cesc: Messi leaves the field of play with another injury

Nobody is left content after draw at El Madrigal 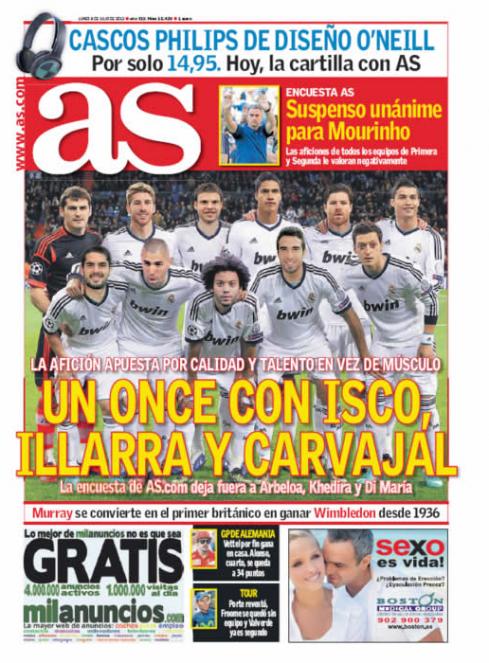 An eleven with Isco, Illarra and Carvajal

AS survey reveals they want Arbeloa, Khedira and Di Maria left out

Murray becomes the first Brit to win Wimbledon since 1936 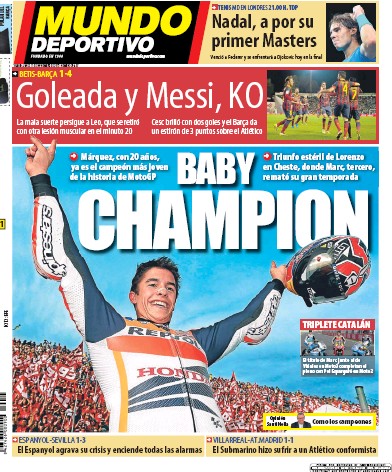 Marquez, at only 20-years-old, is world champion and the youngest in history of the Moto GP

His triumphed over Lorenzo in Cheste, where Marca, third, finished off a great season

Goal-feast and Messi is KO's

Espanyol's crisis worsens and the alarm bells are now ringing

The Yellow Submarines made a boring Atletico suffer