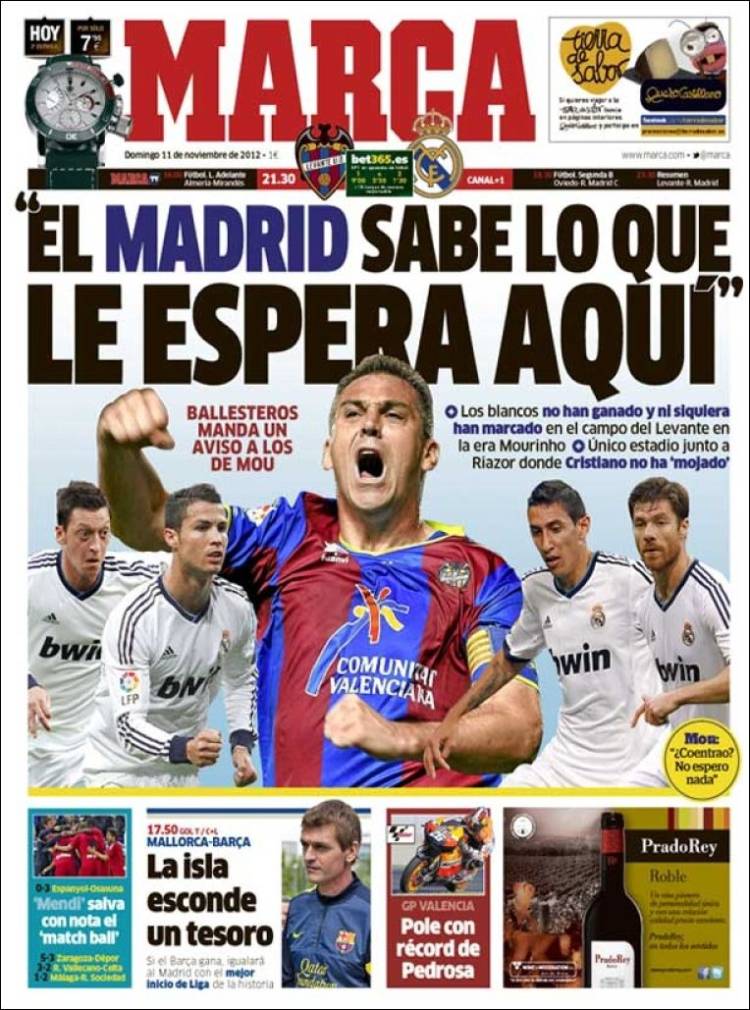 ”Madrid know what to expect here”

The only stadium alongside Riazor where Cristiano has not celebrated

Mou: “Coentrao? I’m not expecting anything” 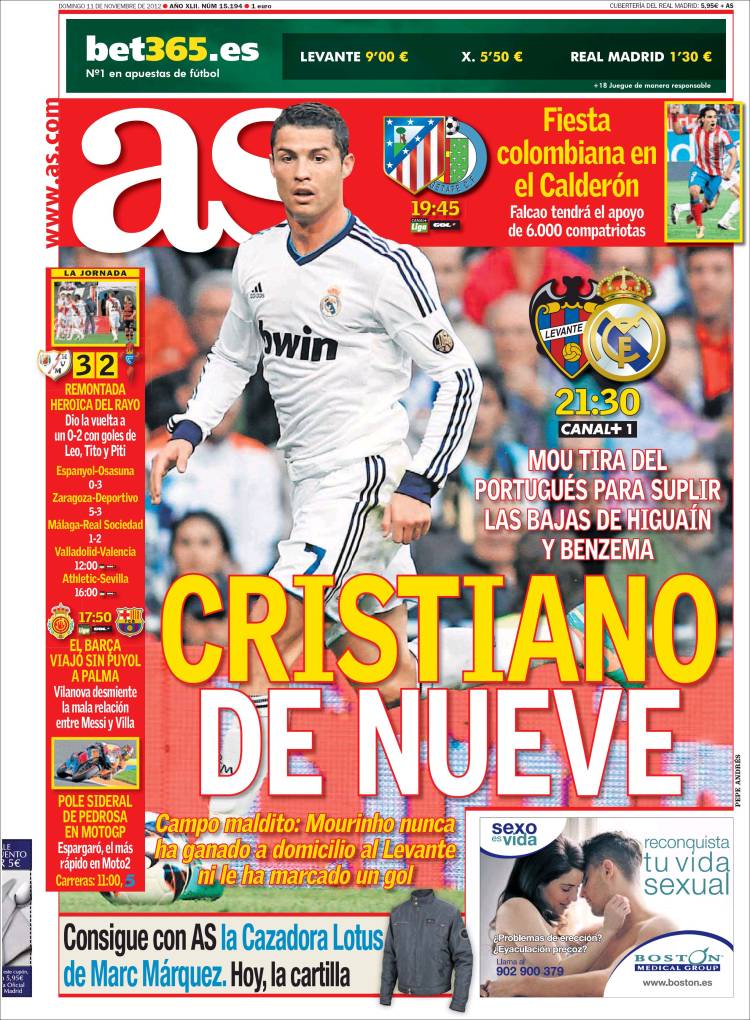 A bad ground: Mou has never won at Levante and neither has he scored a goal

Colombian party in the Calderon – Falcao will have the support of 6,000 compatriots

Heroic comeback from Rayo – they recover from 0-2 with goals from Leo, Tito and Piti

Barca travel to Palma without Puyol

Vilanova denies there is bad feeling between Messi and Villa 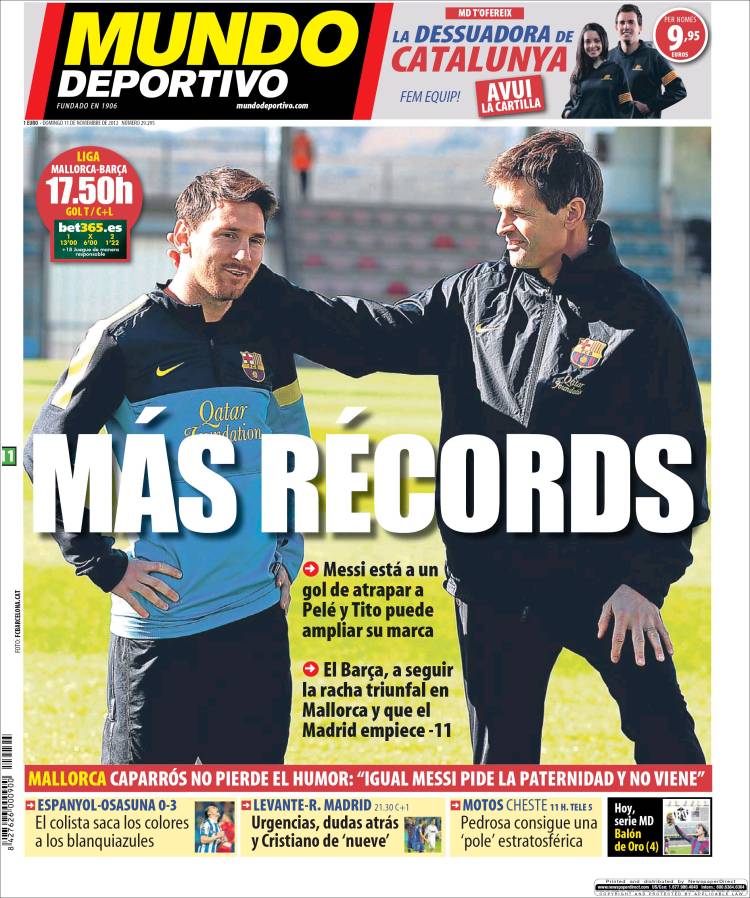 The bottom club lowers the colours of Los Blanquiazules

Emergency: doubts at the back and Cristiano as No 9

Caparros does not lose his sense of humour: “It’s the same as if Messi asks to be a father and it doesn't happen"