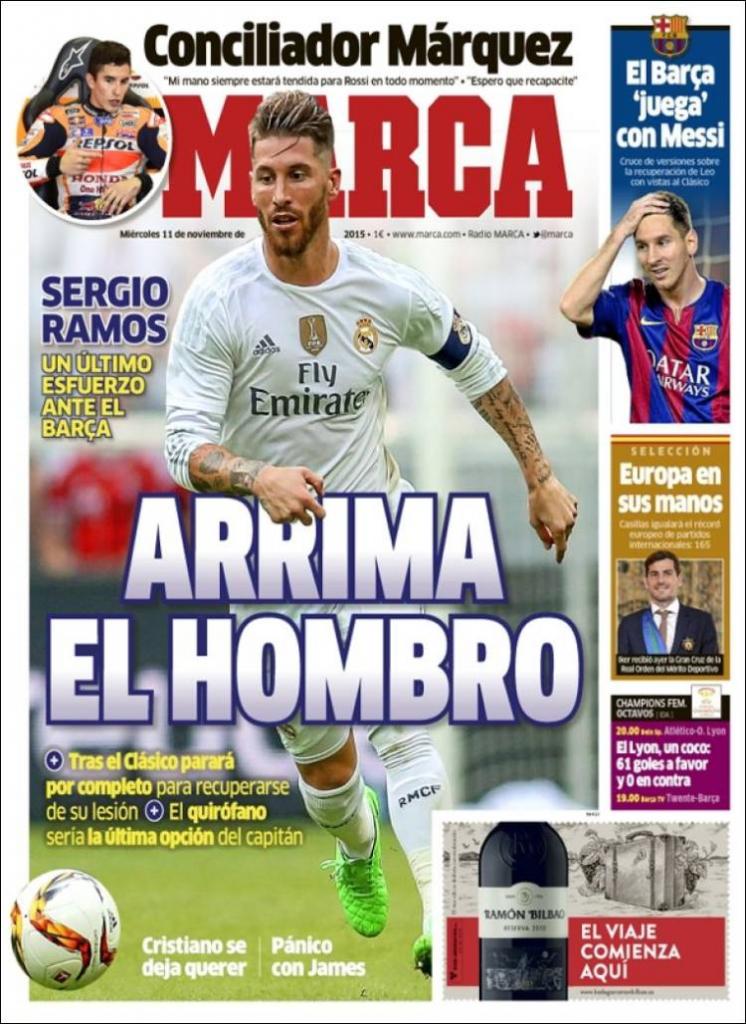 Sergio Ramos will make a last-ditch effort against Barca

After the Clasico, he will stop playing completely to recover from his injury

The operating room would be the captain’s last resort

Differing lines on Leo’s recovery for the Clasico

Europe in his hands

Casillas will equal the European record for international matches: 165

Lyon, the favourites: 61 goals for and 0 against 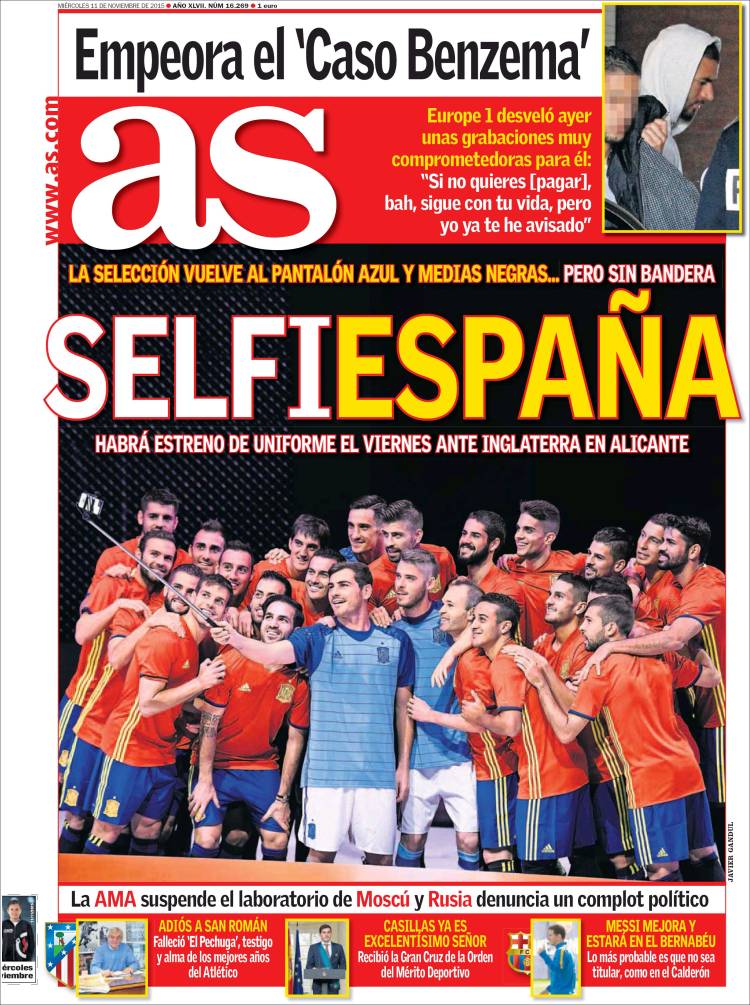 The national team return to blue shorts and black socks ... but no flag

They will premiere the kit on Friday against England in Alicante

“If you do not want to [pay], bah, go on with your life, but now you have been warned”

Casillas is now His Excellency

Messi improves and will be at the Bernabeu

Most likely he does not start, as at the Calderon 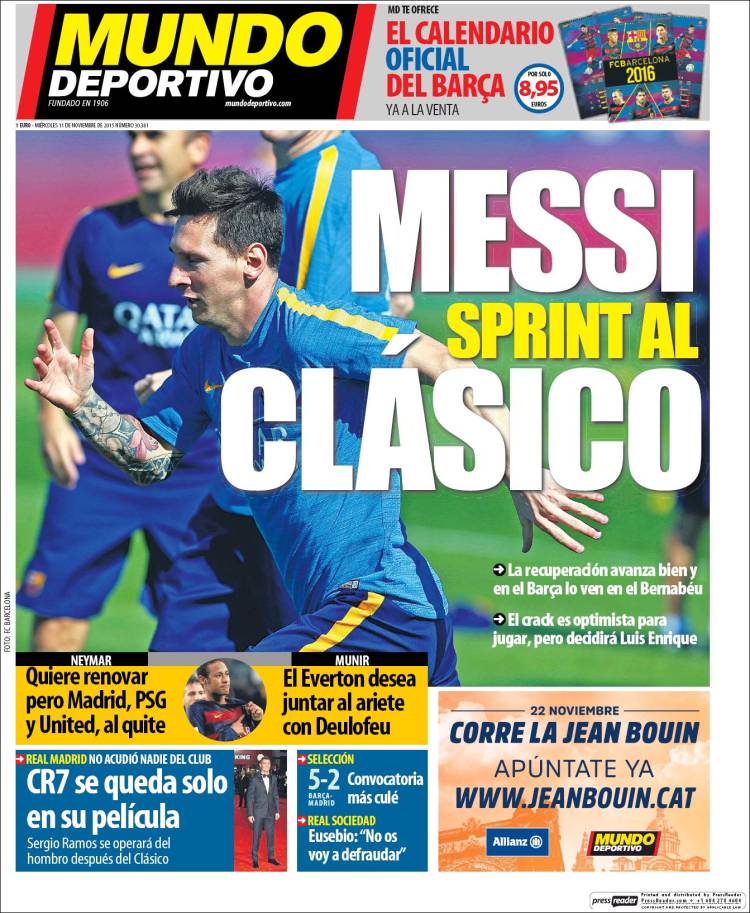 Messi sprints towards the Clasico

The star is optimistic about playing, but Luis Enrique will decide

Neymar, wants to renew but Madrid, PSG and United are on the prowl

Munir, Everton want to pair him with Deulofeu

CR7 is alone in his movie

Sergio Ramos will have shoulder surgery after the Clasico

Real Sociedad, Eusebio: “I am not going to let you down”