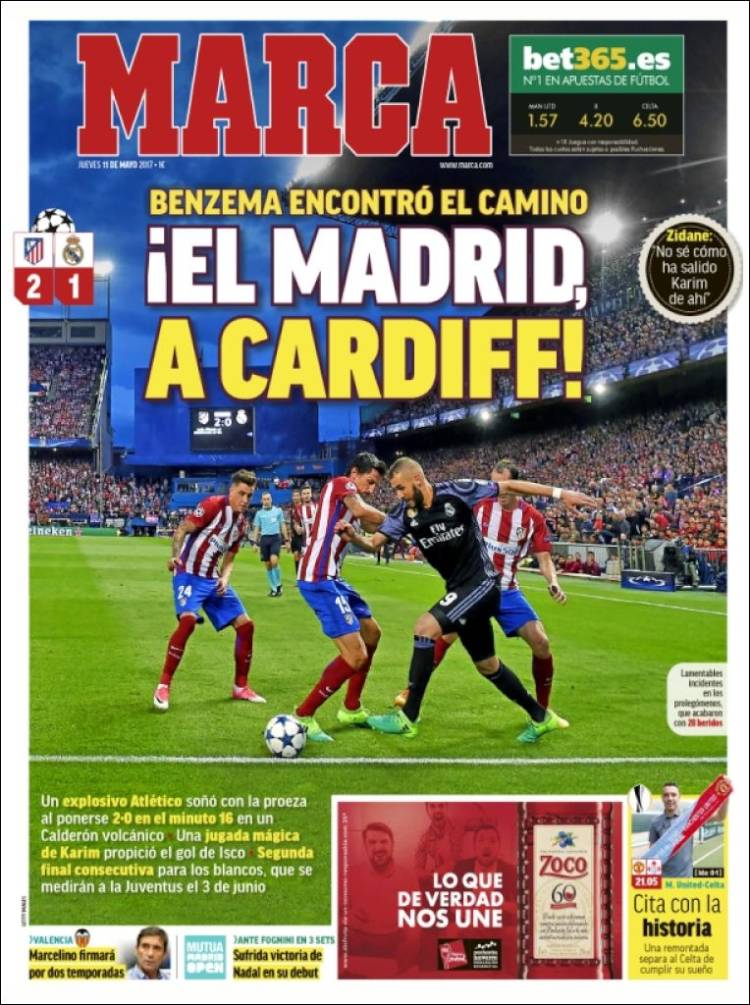 Benzema found the way for Madrid to Cardiff"

Zidane: I don't know how Benzema did it

Appointment with history - a comeback for Celta to celebrate their dreams 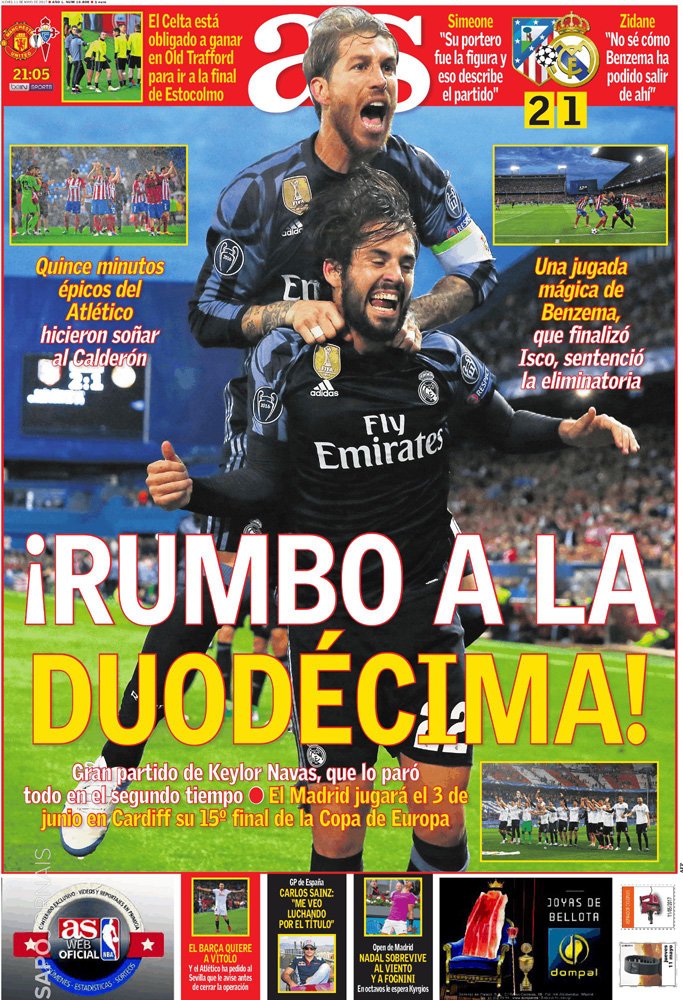 On course for the 12th title!

15 epic minutes in the Calderon allowed Atleti to dream

A moment of magic from Benzema allowed killer Isco away goal

Great match from Keylor Navas, stopped everything in the second half, Madrid to play their 15th UCL final v Juve on 3rd June

Celta must win at Old Trafford to go to UEL final

Simeone: Their goalkeeper decided this match

Zidane: I don't know how Benzema escaped from the situation 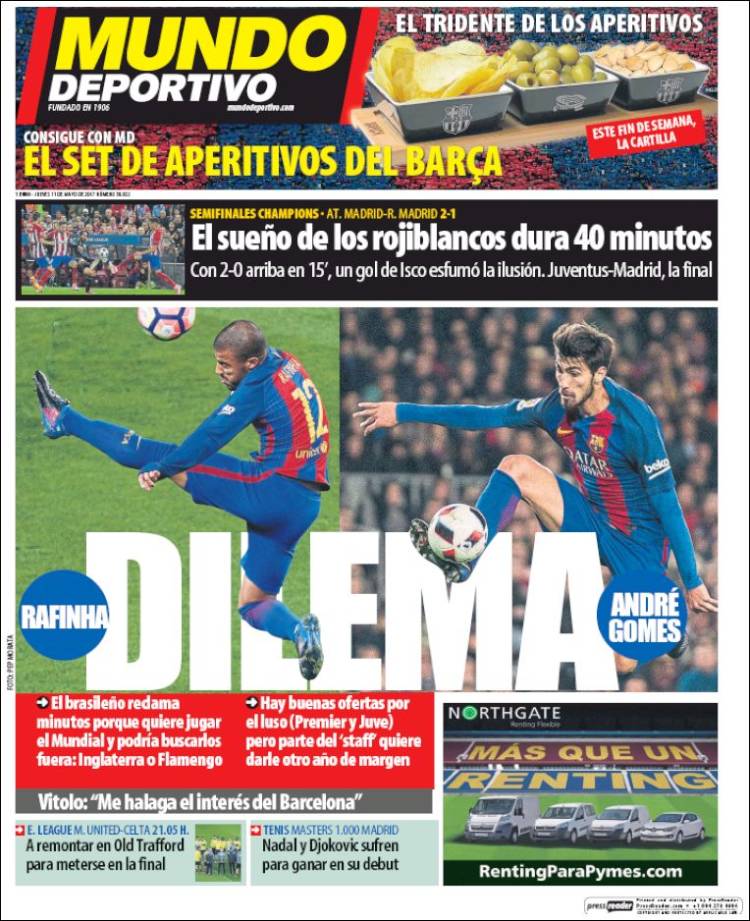