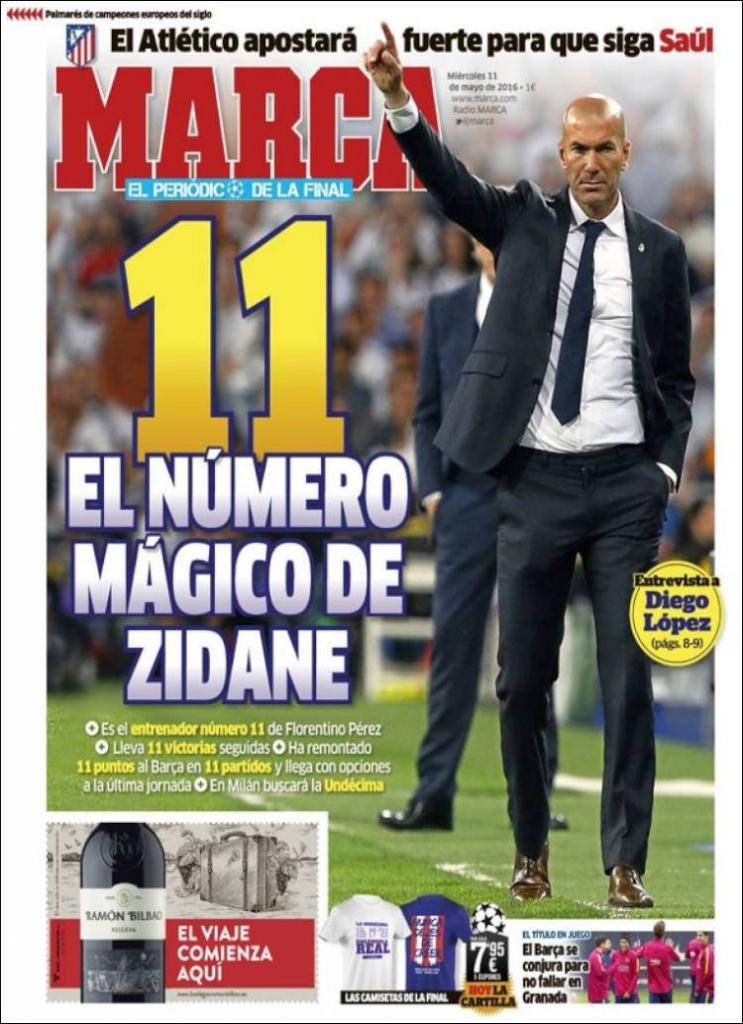 He is Florentino Perez´s 11th Coach

He has 11 consecutive victories

He will look for the ´Undecima´ in Milan

The title in play: Barca conspire so they don´t fail in Granada 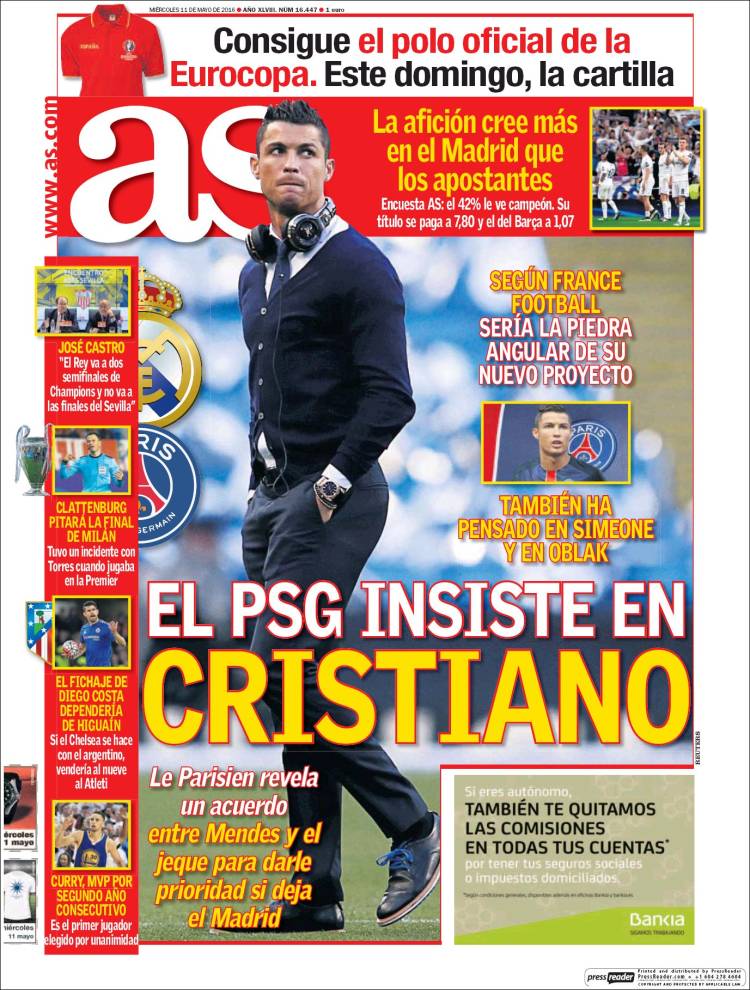 They have also thought about Simeone and Oblak

The fans believe more in Madrid than the punters

Clattenburg will referee the final in Milan: he had an incident with Torres when he was playing in the Premier League

Diego Costa´s signing would depend on Higuain: if Chelsea want the Argentine they would sell the No 9 to Atleti 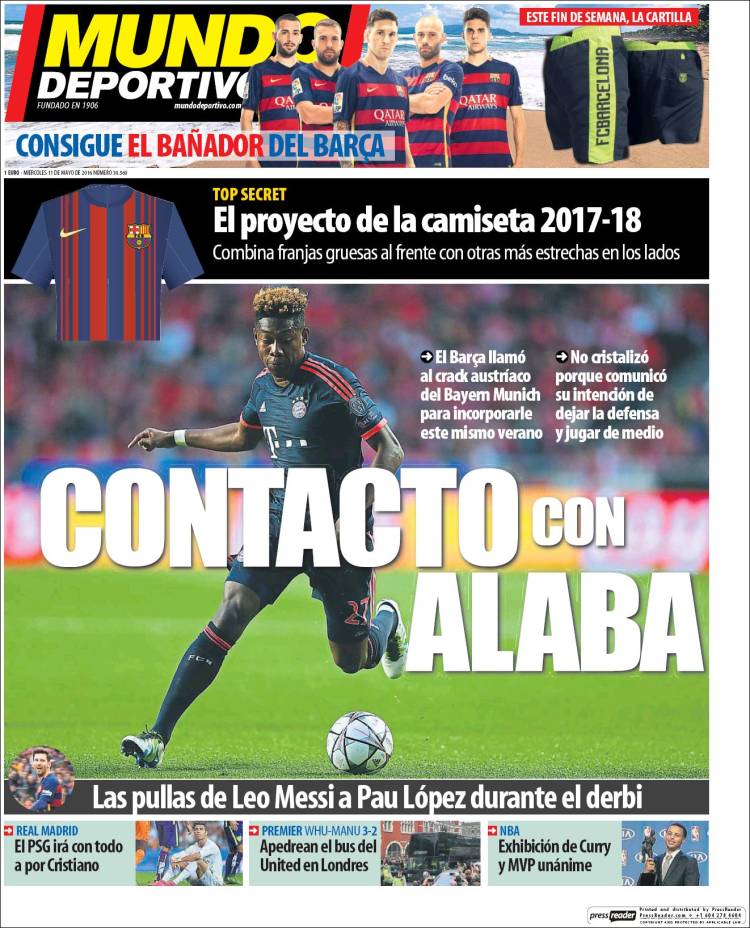 Messi´s taunts to Pau Lopez during the derby

PSG will do everything for Cristiano

The 2017-18 shirt project: it combines striped lines at the front with narrower ones on the side