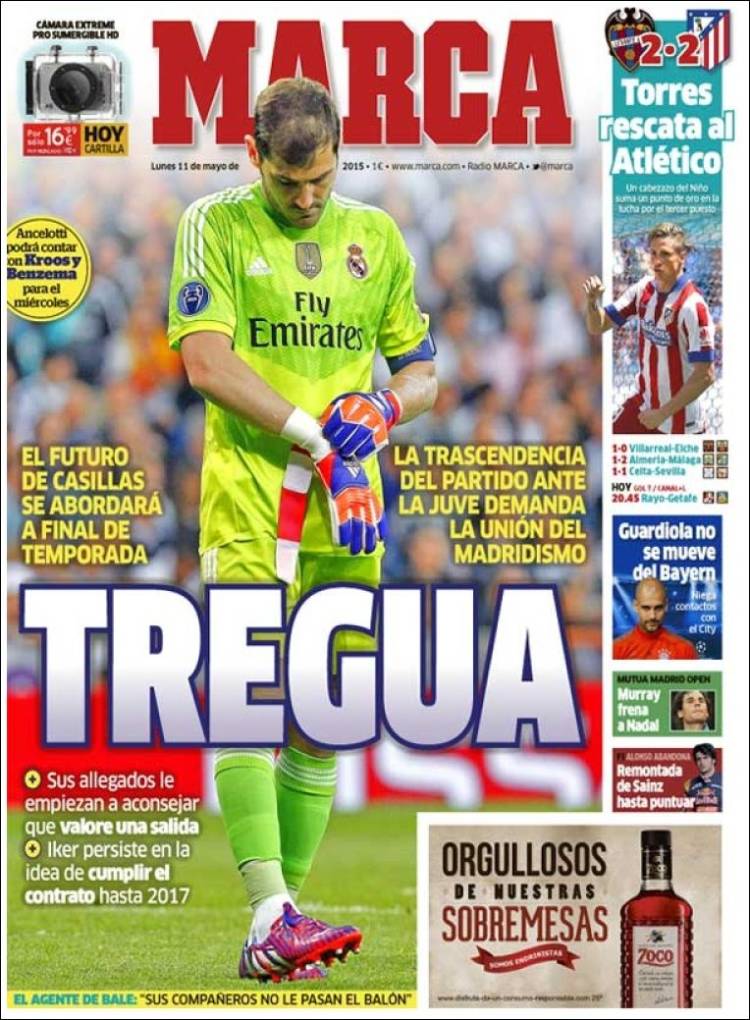 His colleagues now start to advise him it would worth leaving

Iker persists with the idea of completing his contract until 2017

The significance of the Madrid game demands unity

Torres rescues Atletico. A great header from El Nino obtains a golden point in the fight for third place

Guardiola is not moving from Bayern. He denies contact with City

Bale’s agent: “His teammates don’t pass him the ball” 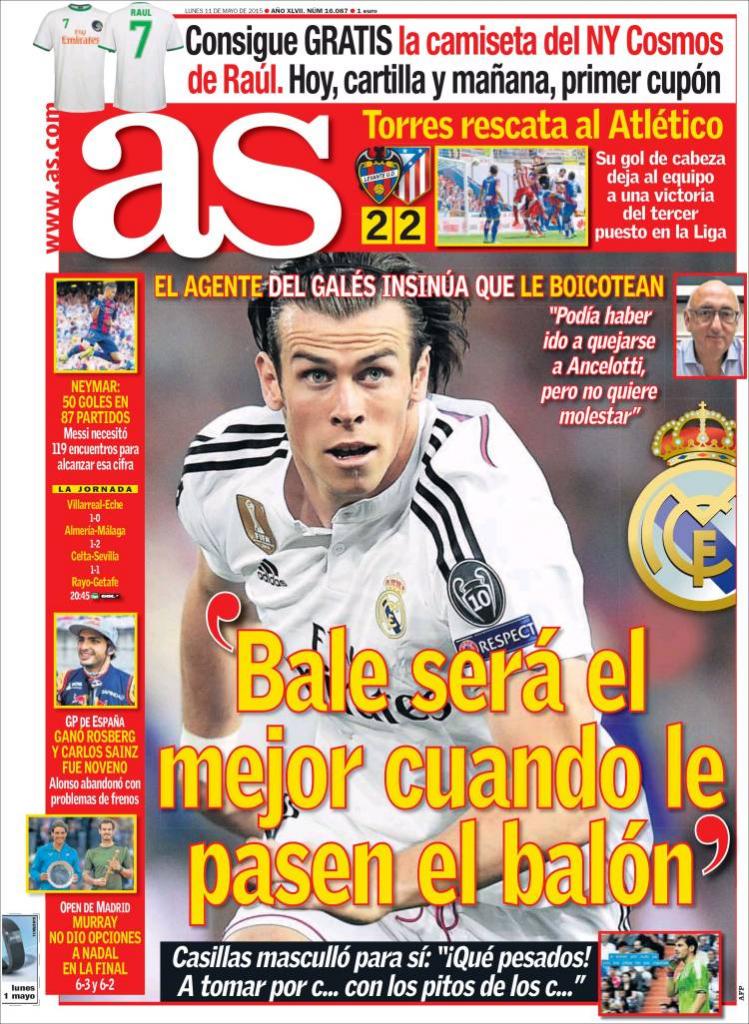 “Bale will be better when they pass him the ball”

The Welshman’s agent insinuates he is being ignored

Torres rescues Atletico. His headed goal leaves the team one win away from third place in La Liga 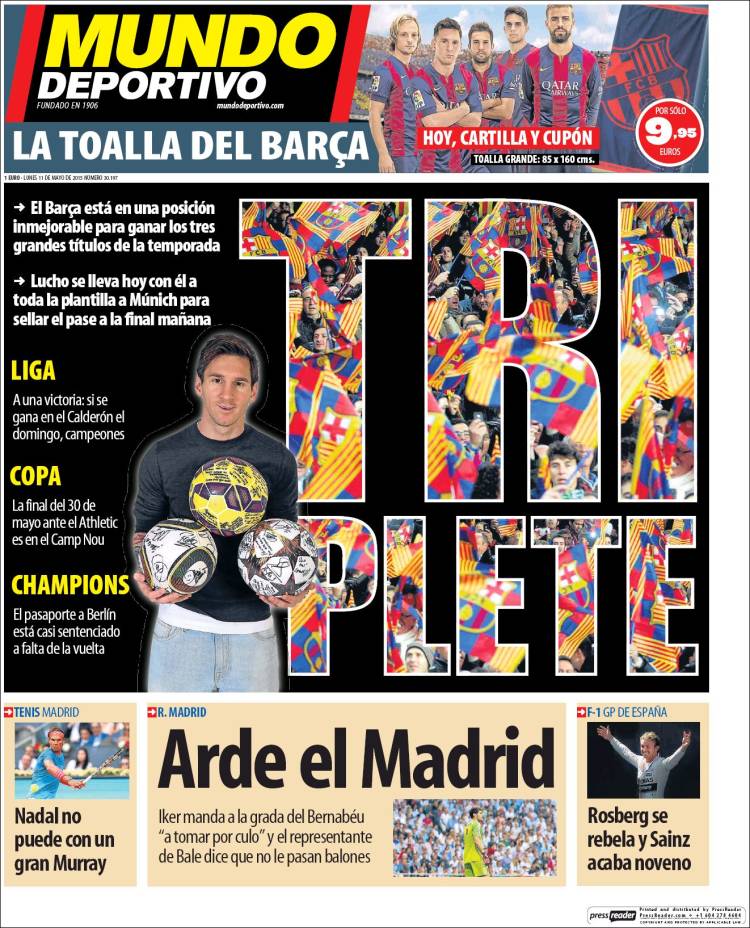 La Liga. One victory away: if they win at the Calderon on Sunday they will be champions

The Cup: The final on May 30 is in the Camp Nou

Champions League: The passport to Berlin is almost sealed ahead of the second leg

Madrid ignites. Iker sends a message to the stands to “stick it up your ****” and Bale’s agent says they don’t pass the ball to him