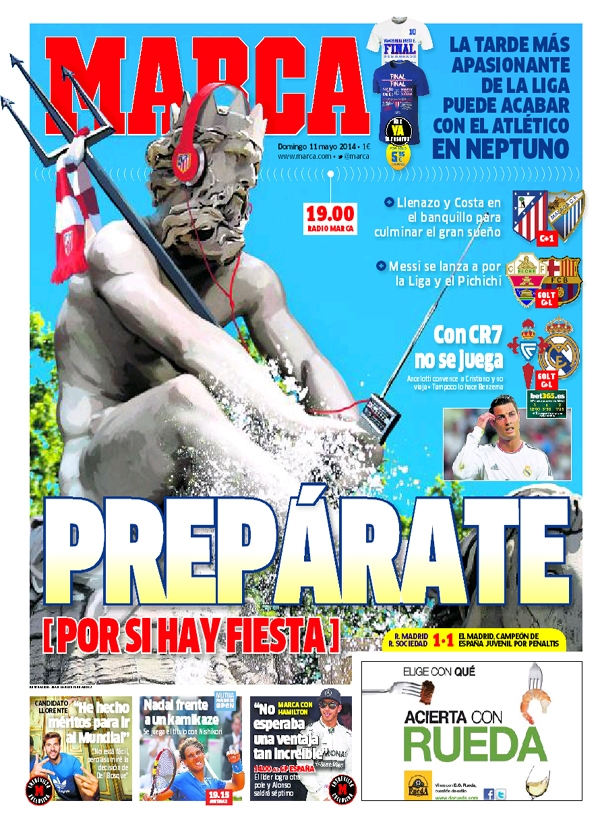 Prepare Yourself
A super exciting afternoon in La Liga could end with celebrations at Plaza Neptune
(there may be a fiesta)
A full house and Costa on the bench as the great dream beckons
Messi going for La Liga and the Pichichi
CR7 not to play
"I have done enough to go to the World Cup," Fernando Llorente
"I did not expect to have such an advantage," Hamilton 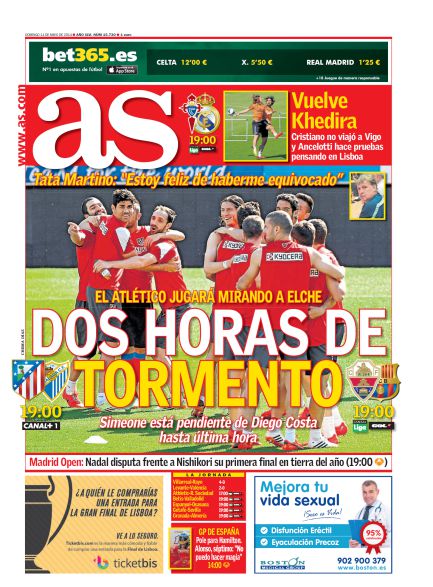 Two hours of torment
Simeone is waiting on Diego Costa until the last moment
Tata Martino: "I am happy to have been wrong"
Khedira returns
Cristiano does not travel to Vigo and Ancelotti to test things out for Lisbon
Nadal faces Nishikori in the final
GP Espana: Pole for Hamitlon, Alonso seventh 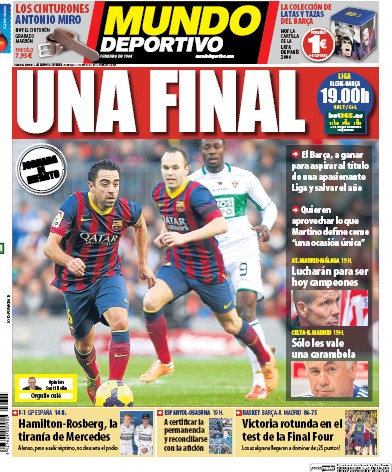 A final
Barca, to win and retain the title to rescue their season
They want to take advantage of the situation which Martino has described as "unique"
They will fight to be champions
Hamilton and Rosberg, the Mercedes tyranny
Nadal looking for his fourth crown against Nishikori