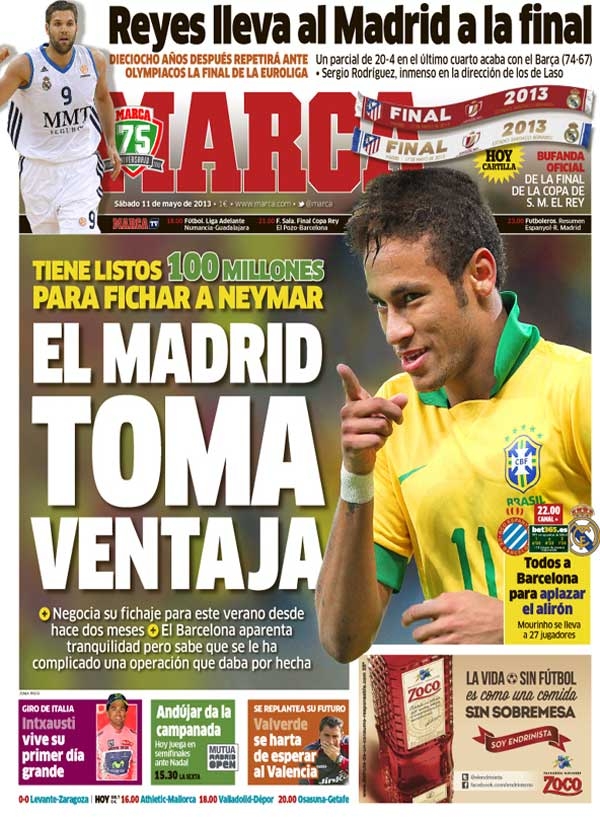 Madrid take the advantage
Negotiating for two months now and trying to sign him this summer
Barcelona appear calm but know that it is a complicated operation to sign Neyma
Giro d'Italia
Intxausti lives his first big day
Andujar makes a splash
Today he plays in the semifinals against Nadal
Planning for the future
Valverde is tired of waiting for Valencia
Real Madrid to postpone Barcelona's celebrations
Mourinho takes 27 players
Basketball: Reyes takes Madrid to the final
Eighteen years after to repeat against Olympiakos in the final of the Euroliga 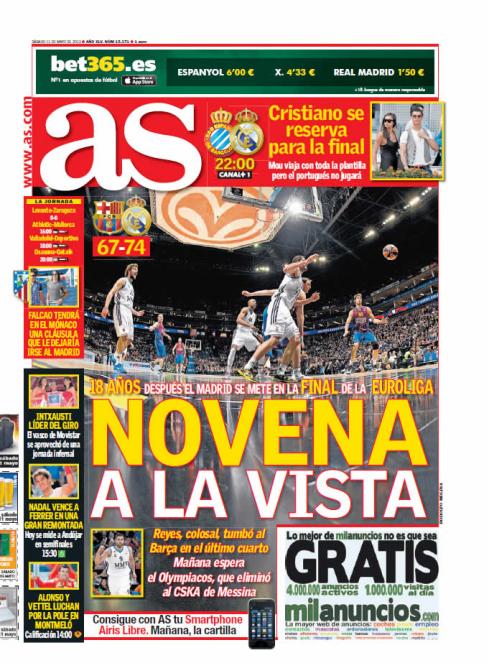 The ninth is in site 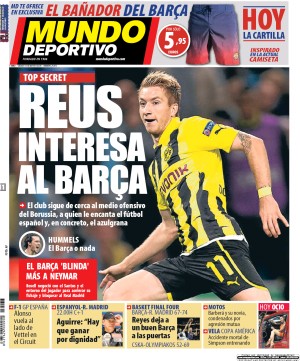 The club continue to follow the attacking midfielder from Borussia and who loves Spanish football, especially, Barcelona's style of play
Hummels: Barca or nothing
Second match ball: Barca can become champions if Madrid stumble
Formula 1 Spain: Alonso returns alongside Vettel; only 17 milliseconds
Espanyol's Aguirre: "We are playing for our dignity"