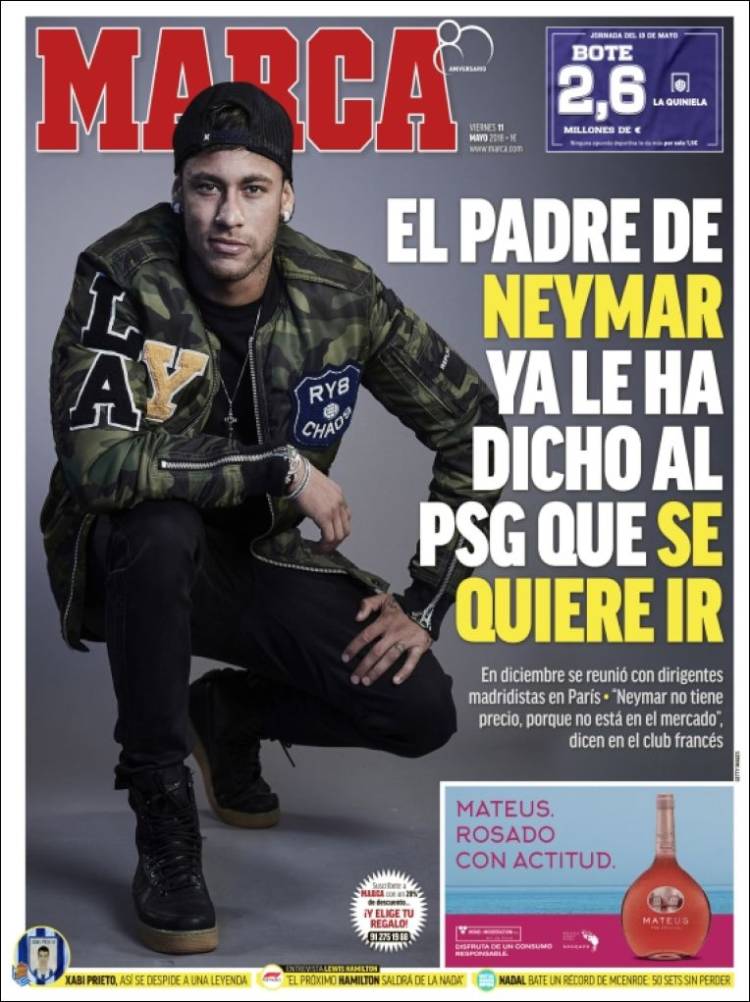 Neymar’s father has told PSG he wants to go

In December he met with Madrid representatives in Paris

‘Neymar has no price because he is not on the market,’ say the French club

Xabi Prieto: this is how you say goodbye to a legend 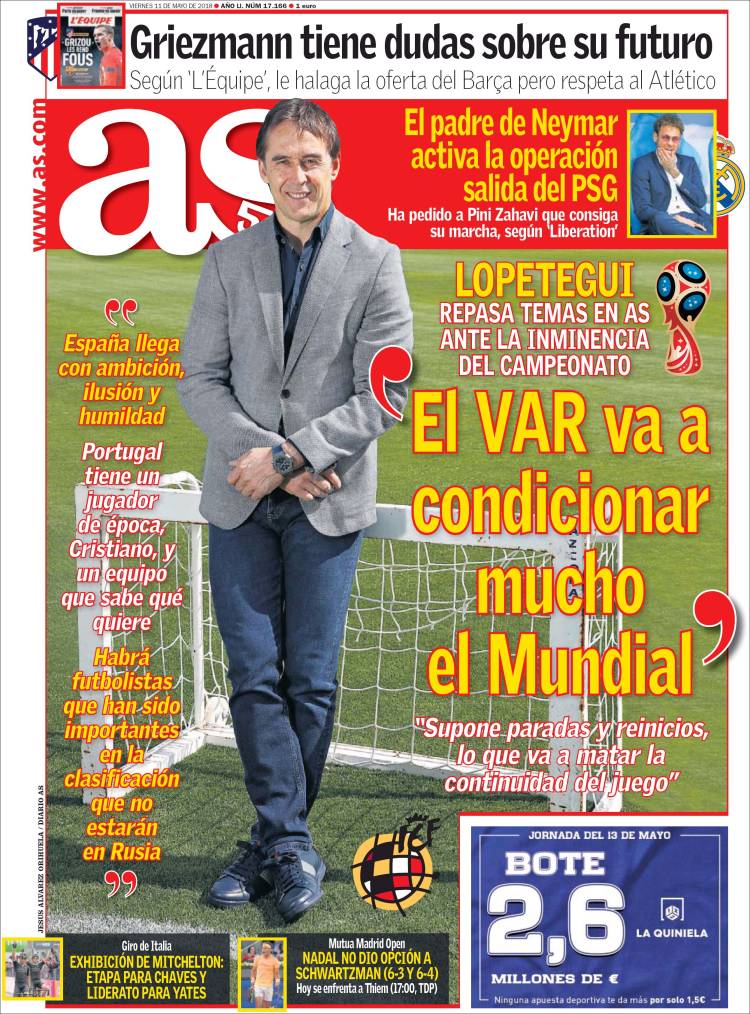 VAR is going to predetermine a lot of the World Cup’

Lopetegui goes over issues with AS before the forthcoming championship

“Regarding dead balls and restarts, it’s going to kill the continuity of play”

‘Portugal have a player from an era, Cristiano, and a team that knows what it wants’

Griezmann has doubts about his future

According to L’Equipe, he is flattered by Barca’s offer but respects Atletico

He has asked Pini Zahavi to get him out, according to ‘Liberation’ 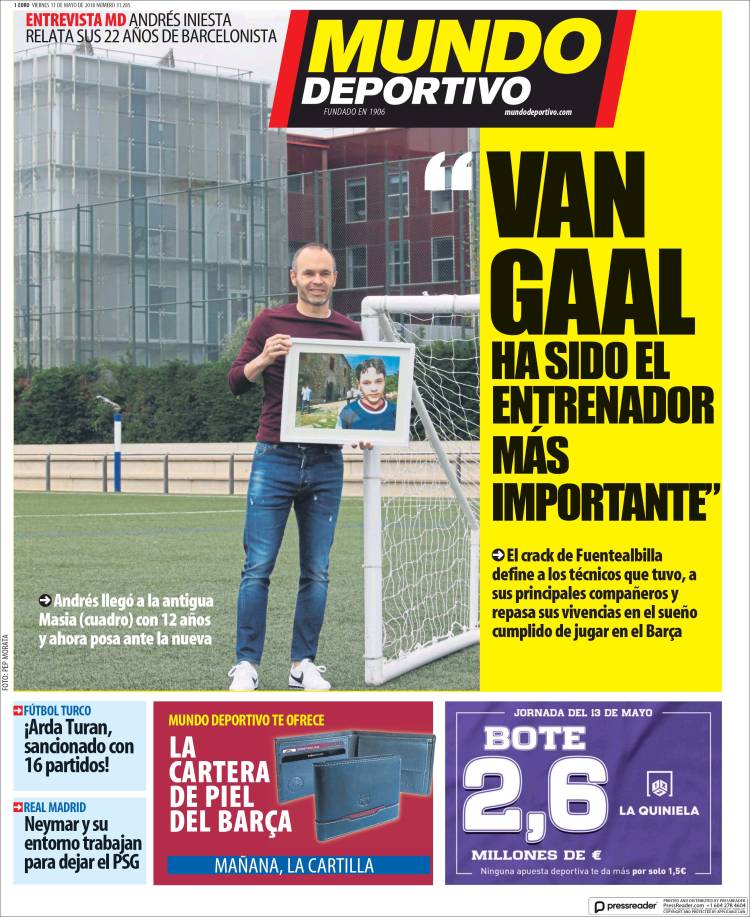 “Van Gaal was the most important Coach”

The Fuentealbilla star defined the bosses he had, his main colleagues, and goes over his experiences of the dream he had of playing for Barca

Neymar and his representatives work on his PSG exit