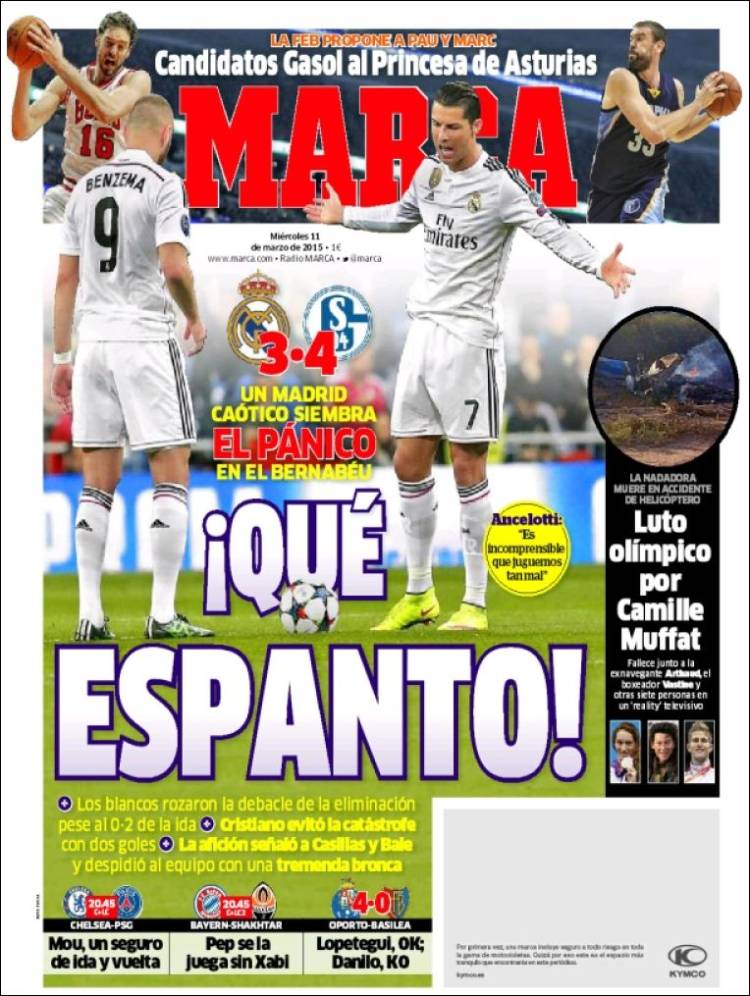 A chaotic Madrid spread panic at the Bernabeu

Ancelotti: “It’s inexplicable that we played so badly”

Chelsea-PSG: Mou, a certainty for the return

Bayern-Shakhtar: Pep will play without Xabi 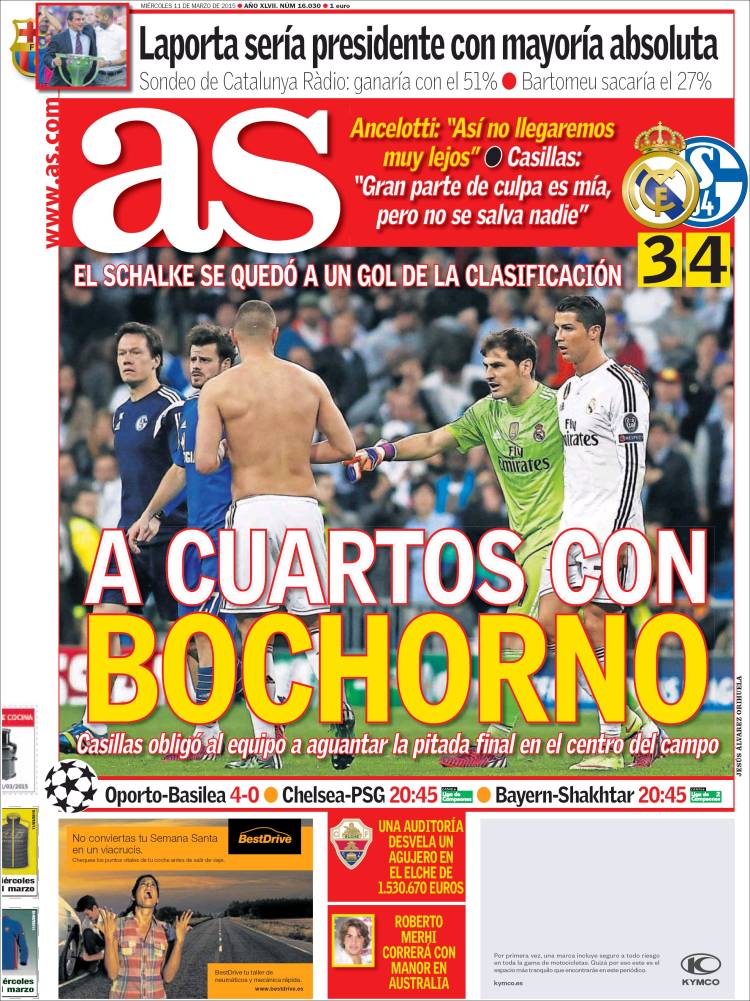 Into the quarter-finals with embarrassment

Schalke were a goal away from qualification

Casillas: “A great part of the blame is mine, but nobody is exempt”

Laporta would be President with an absolute majority

According to a survey by Radio Catalunya he would win with 51 per cent: Bartomeu would get 27 per cent 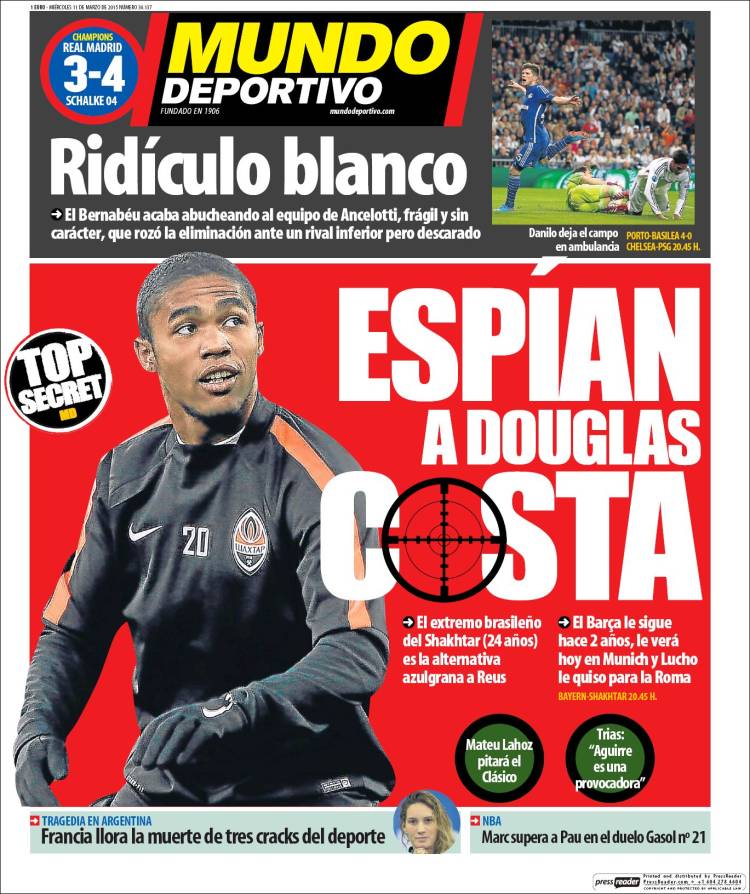 They are spying on Douglas Costa

Barca were tracking him two years ago: they will watch him today in Munich while Lucho wanted him for Roma

Trias: “Aguirre is a troublemaker”

White ridicule: the Bernabeu ends up barracking an Ancelotti team that was fragile and without character, while they were close to elimination against an inferior but bold opponent

Danilo leaves the pitch in an ambulance