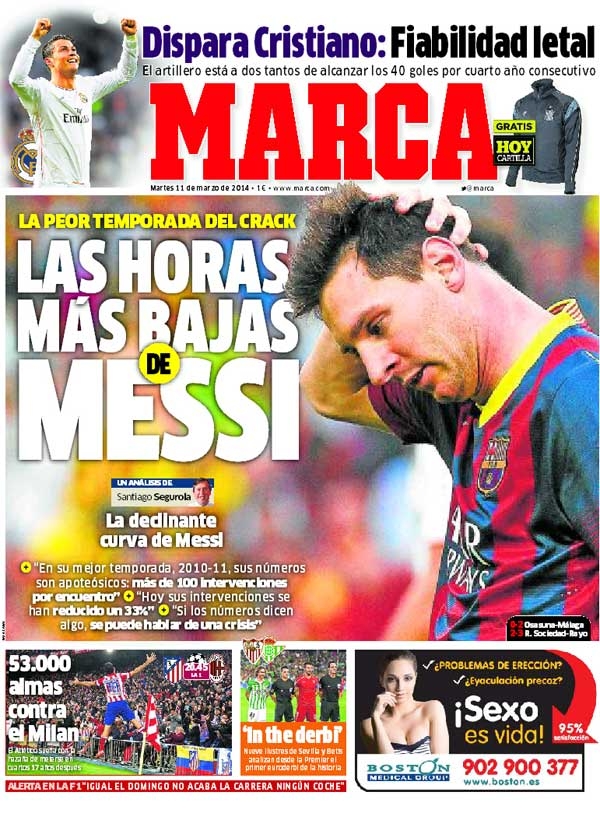 The worst season for Messi
The worst time for Messi
The decline of Messi
"In his best seasons, 2010-11, his numbers were tremendous: more than 100 interventions per game"
"Today his interventions in games has reduced to 33 per cent"
"If his numbers say something, it is that he is in crisis"
On fire Ronaldo: Reliable and lethal
He is just two away from making it 40 goals for the fourth season in a row
53000 souls against Milan 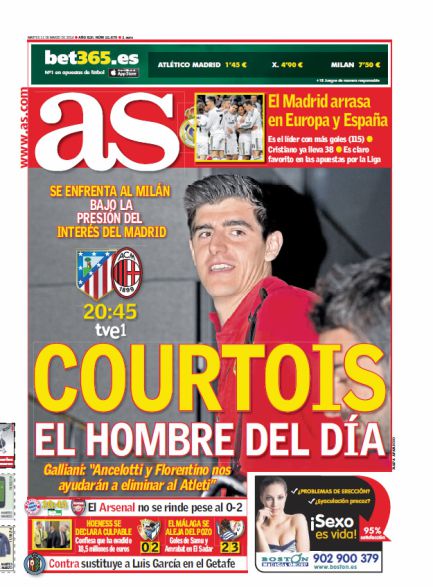 Courtois: The man of the hour
Galliani: "Ancelotti and Florentino will help us eliminate Atleti"
Atleti under pressure against Milan
Madrid destroying Spain and Europe
The leader with the most goals 115
Cristiano has 38 already
It is clear that Madrid are La Liga favourites
Hoeness admits to responsibility
He confesses that he evaded €18.5 million
Exhibition from Rayo at the Anoeta
They draw level on points with Almeria and Valladolid
Contra takes over from Luis Garcia at Getafe 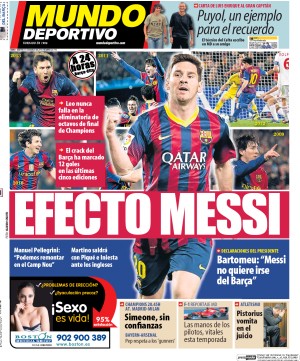 The Messi effect
Leo never fails at this stage of the Champions League
The star of Barca has scored 12 goals in the last 5 editions
Manuel Pellegrini: "We can come back at Camp Nou"
Martino to play Pique and Iniesta against the English
Hummels is itching to come
Puyol, a example to remember
Simeone without confidence
Pep respects the Gunners
Pistorius vomits during the trial