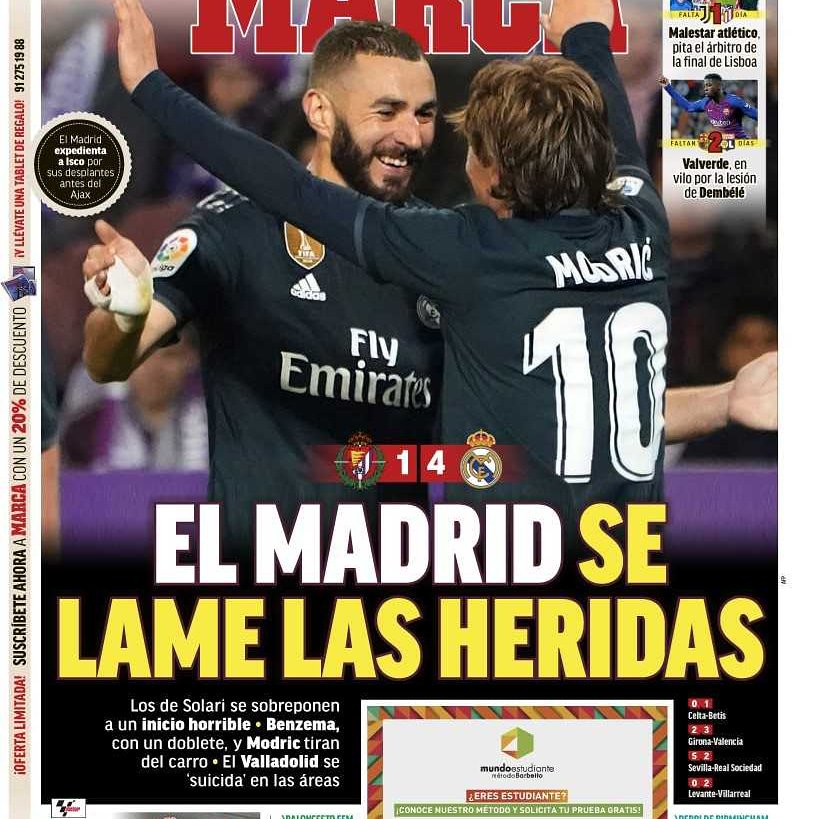 Solari's side overcome a horrible start, Benzema with a double and Modric pulls the cart, Valladolid 'commit suicide' in their areas

Madrid punish Isco after his rudeness during game with Ajax

Valverde in the air with Dembele's injury 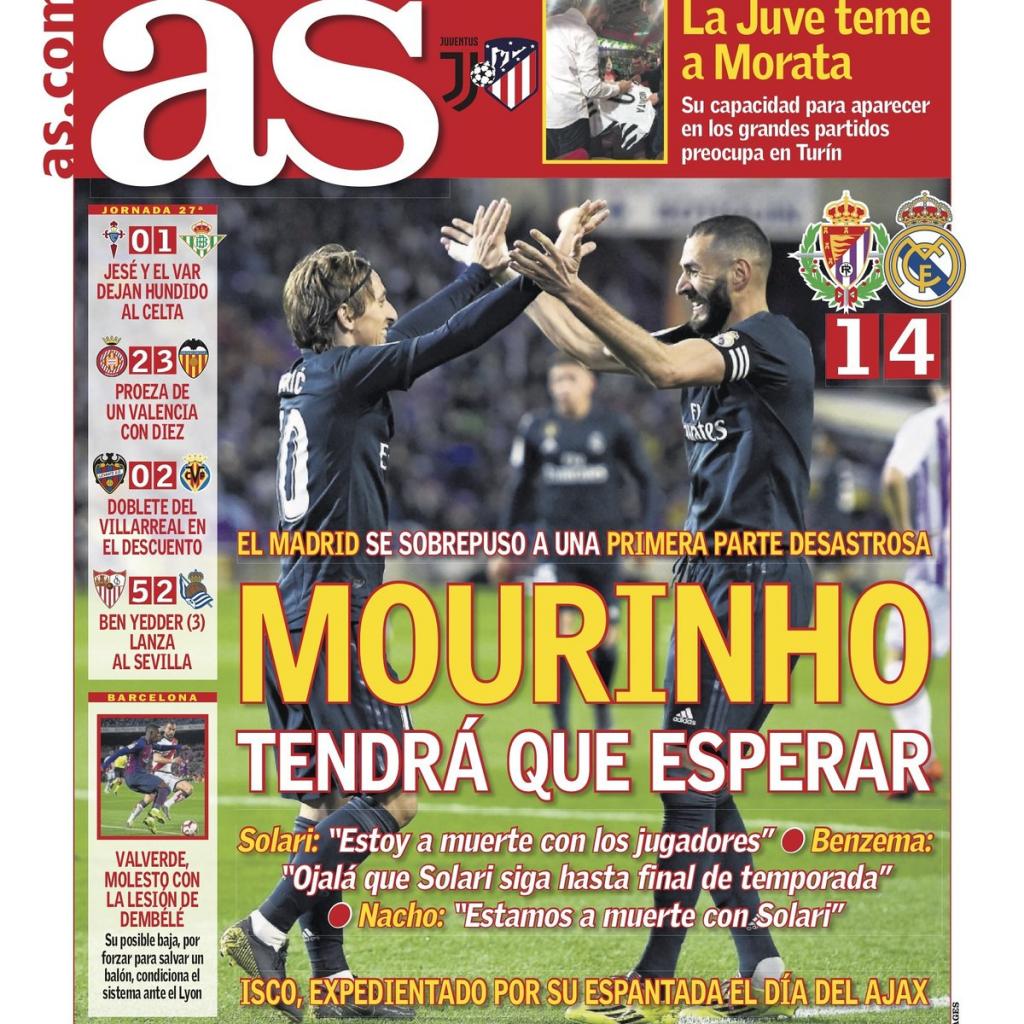 Mourinho will have to wait

Madrid overcame a disastrous first half

Solari: I'm with these players until death

Benzema: Hopefully Solari stays until the end of the season

Nacho: We are with Solari until death

Double of Villarreal lifts them out of bottom three 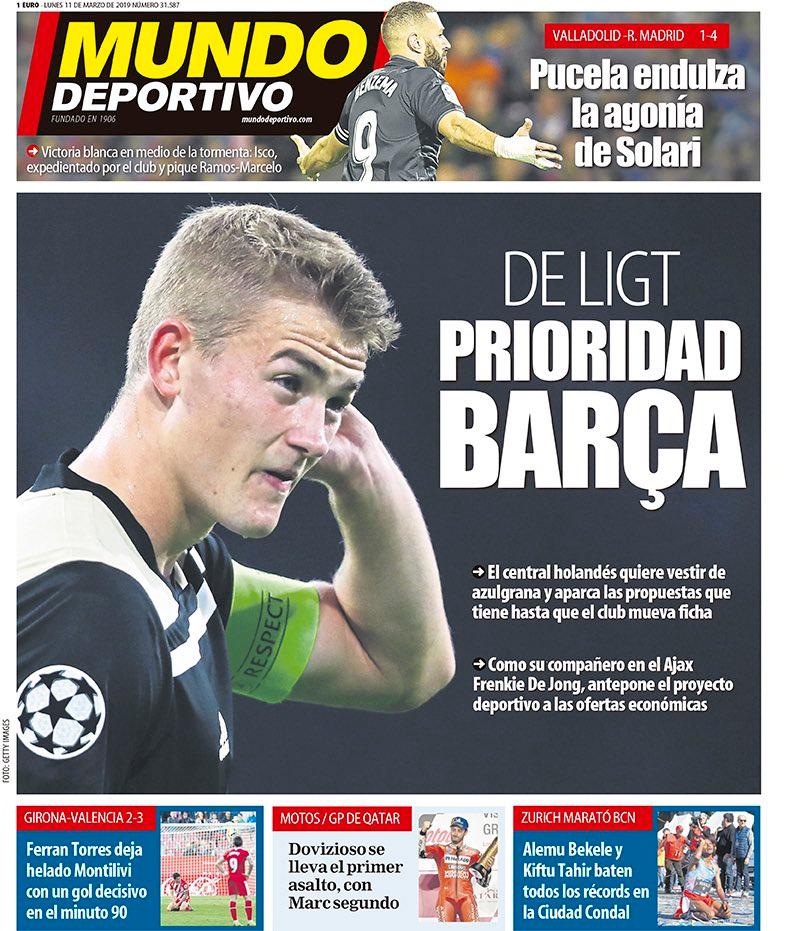 The Dutchman wants to wear the Blaugrana colours and parks the interest from other clubs until they move for him, like his Ajax teammate De Jong - he wants the sporting project ahead of economic demands