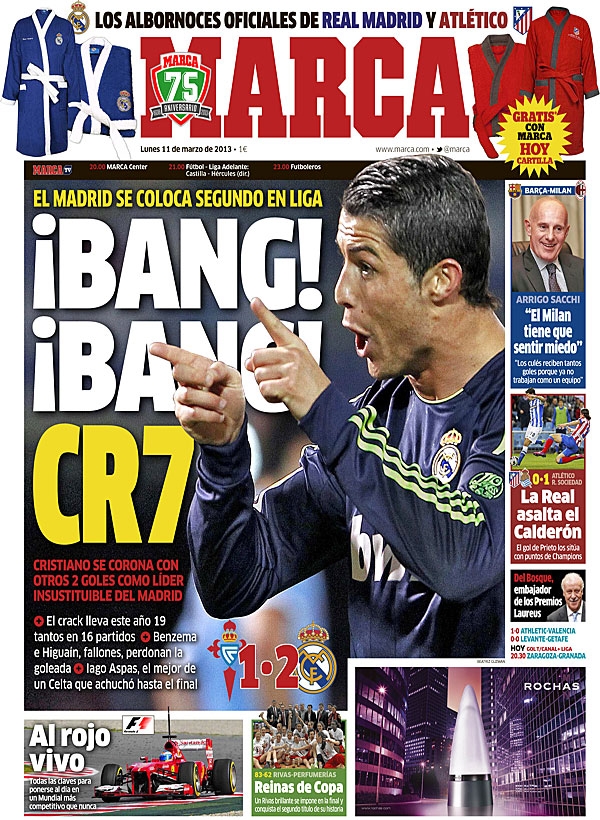 Madrid are in second place in La Liga

Benzema and Higuain continue to fail in front of goal

Iago Aspas, the best of Celta, was a nuisance until the final minute

"Milan have to be scared", "Los Cules are conceding many goals because they do not work as hard as a team now", Arrigo Sacchi

Formula 1, To the red: All the keys to be the most competitive than ever 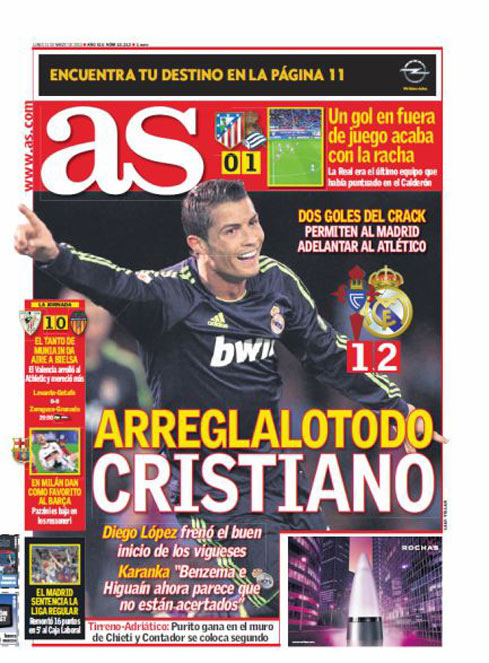 Diego Lopez halts the Vigos in the initial stages

Karanka: "Benzema and Higuain now seem to be unable to hit the target"

In Milan they are tipping Barcelona

Pazzini is out for the Rossoneri

Tirreno-Adriatico: Purito wins the wall of Chieti and Contador comes in second 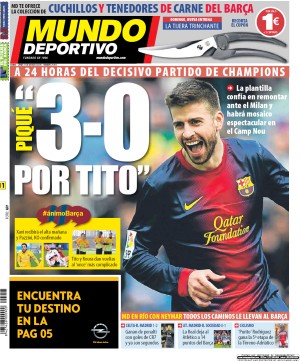 Xavi will recieve the green light tomorrow, Pazzini is out

Tito and Roura have given much thought over the first eleven

MD in Rio with Neymar: All roads lead to Barca

Celta 1-2 Real Madrid: Madrid win thanks to a penalty and goals from CR7 and they are now second