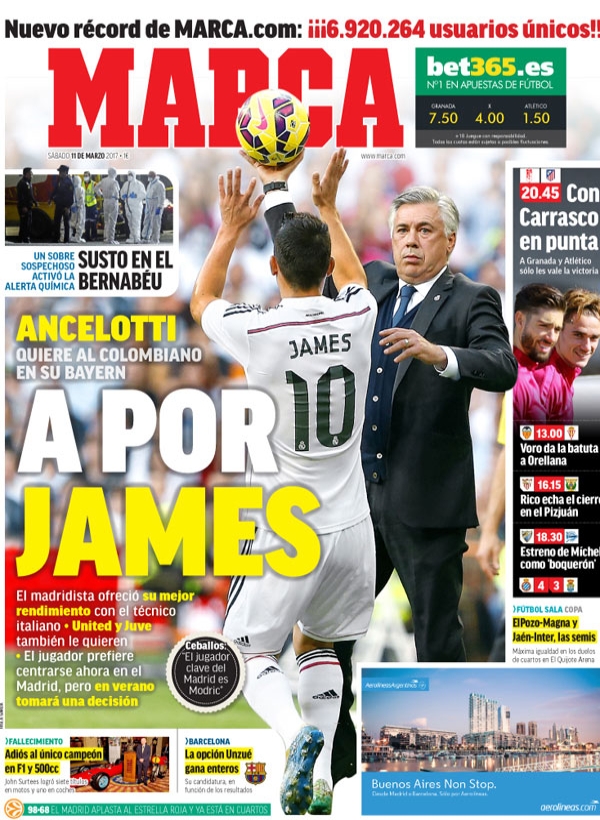 Scare at the Bernabeu

Ancelotti wants the Colombian in his Bayern team

The madridista gave his best performances under the Italian Coach

United and Juve also want him

The player prefers to focus on Madrid for now, but in the summer he will make a decision

His application, dependent on results

With Carrasco up top

Only a win will do for Granada and Atletico

Voro gives the baton to Orellana

Rico locks down the Pizjuan

Michel’s debut as a ‘Boqueron’ 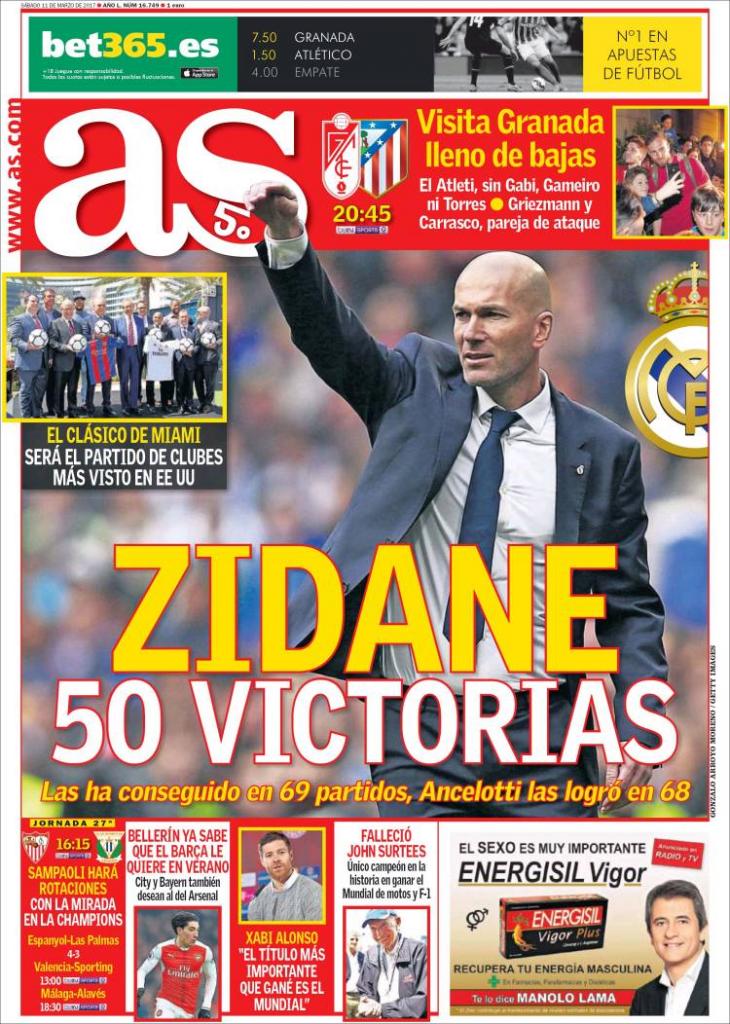 It will be the most-watched club game in the US

Trip to Granada loaded with absences

Atleti without Gabi, Gameiro and Torres

Griezmann and Carrasco, partners in attack

Sampaoli to rotate with one eye on the Champions League

Bellerin already knows that Barca want him in the summer

“The most important trophy I’ve won is the World Cup” 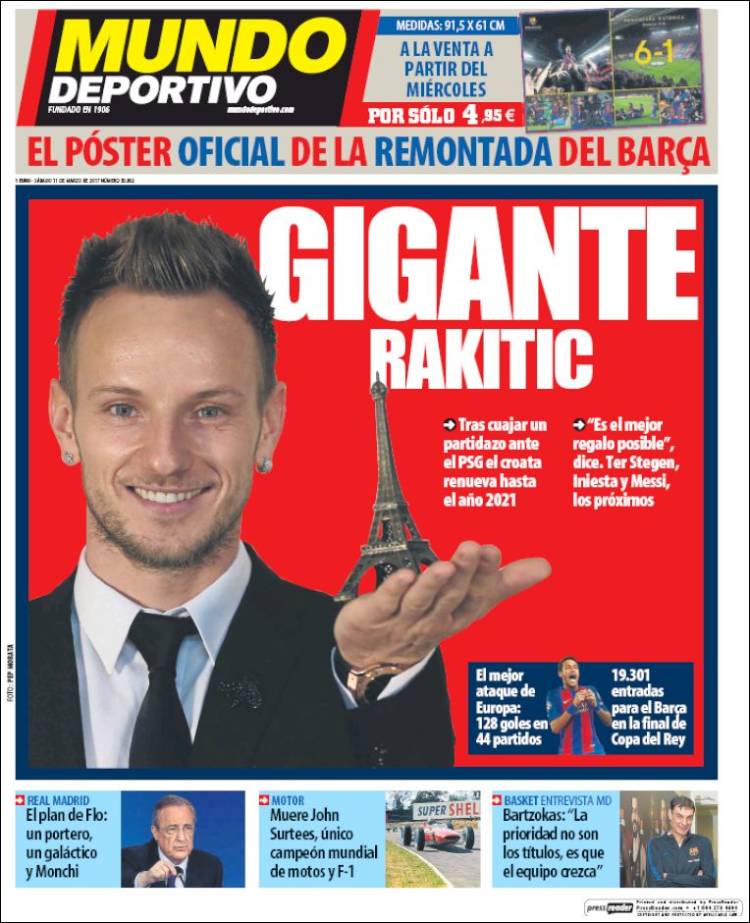 After his great game against PSG, the Croatian renews until 2021

“It’s the best possible gift,” he says. Ter Stegen, Iniesta and Messi are next

The best attack in Europe: 128 goals in 44 matches

19,301 tickets for Barca in the Copa del Rey final

Flo’s plan: a goalkeeper, a Galactico and Monchi