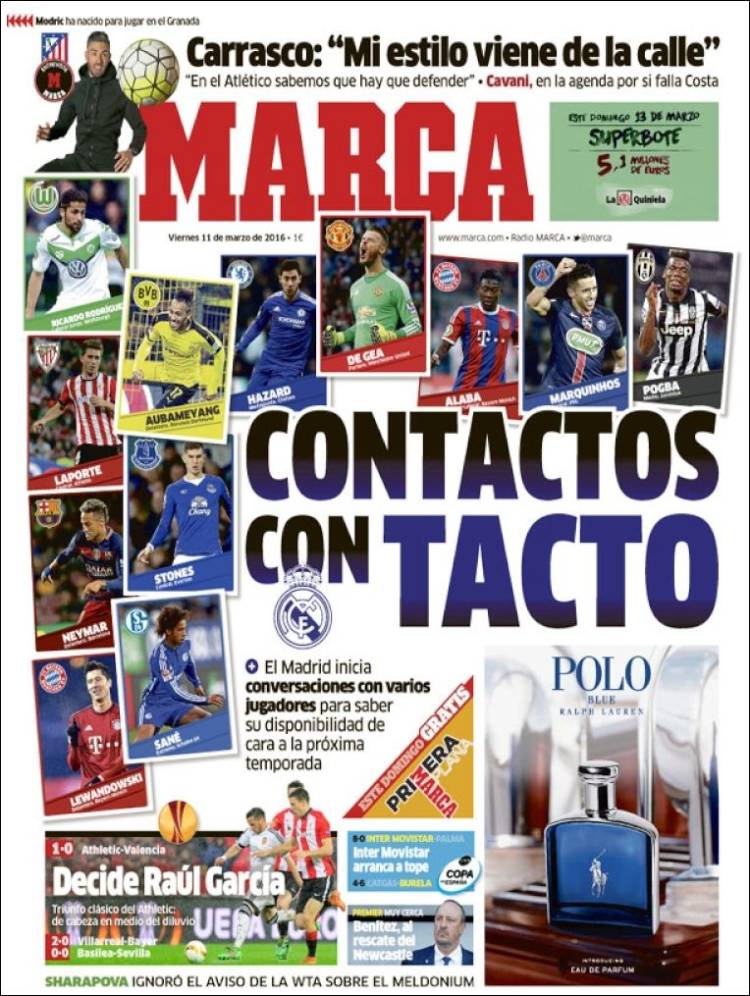 Carrasco: “My style comes from the street”

“At Atletico, we know we need to defend”

Cavani, on the agenda Costa falls through

Modric was born to play for Granada

Raul Garcia with the decider

Classic Athletic win: ahead in the midst of a flood 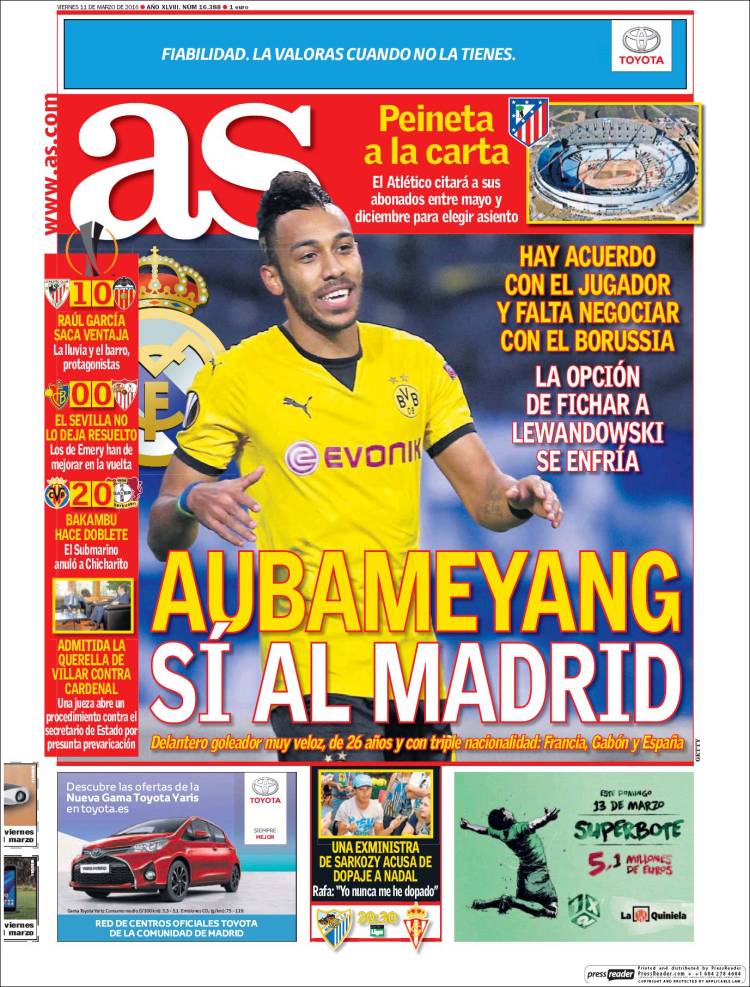 The option of signing Lewandowski cools down

He is a quick and prolific striker, 26 years old and has triple nationality: France, Gabon and Spain

Raul Garcia with the advantage

Athletic protagonists through the rain and mud

Sevilla leave tie up for grabs

Emery’s men must improve in the second leg

Villar admits his complaint against Cardinal 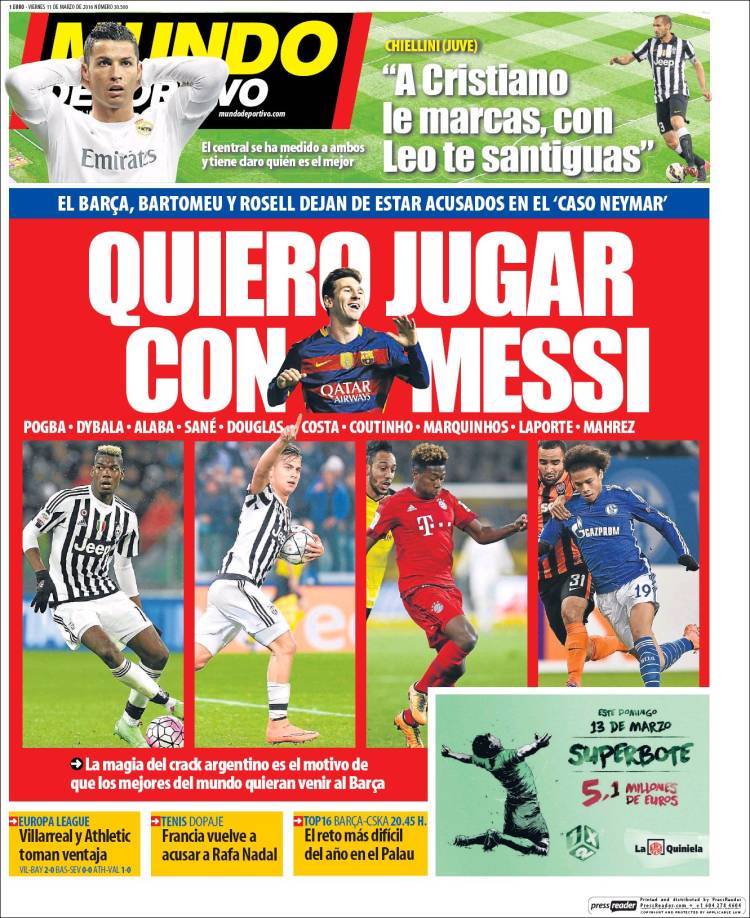 I want to play with Messi!

Barca, Bartomeu and Rosell no longer defendants in the Neymar case

“You must mark Cristiano, with Messi you must pray”