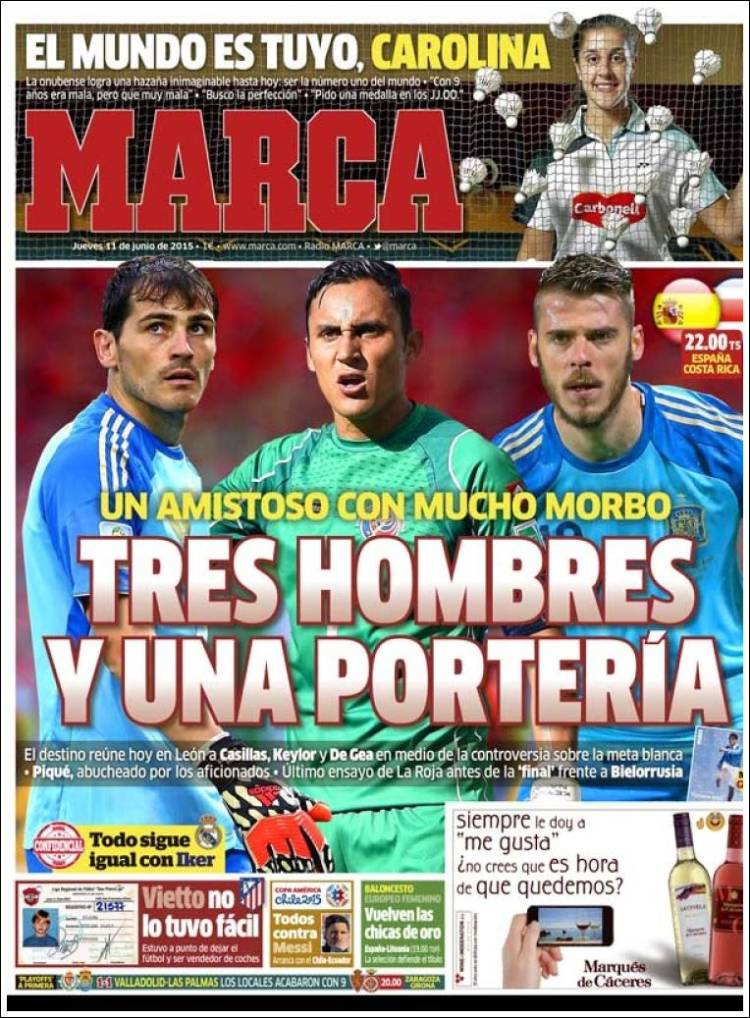 Three men and a goal

A friendly with a lot of morbid curiosity

Fate today brings Casillas, Keylor and De Gea to Leon amid the controversy over the Blancos goal

Pique, booed by the fans

Last test for La Roja before the ‘final’ against Belarus

The world is yours, Carolina [Carolina Marin, badminton player]

Everything the same with Iker

Vietto didn’t have it easy 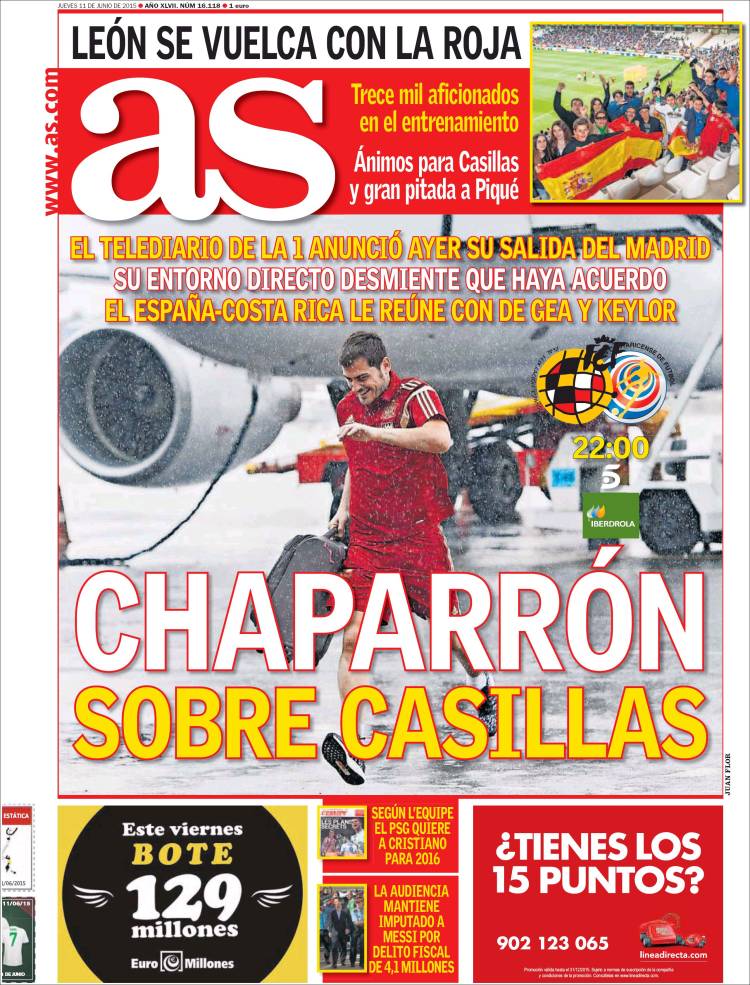 The news yesterday announced his departure from Madrid

His direct confidantes deny there is an agreement

In Spain-Costa Rica he meets with De Gea and Keylor

Encouragement for Casillas and huge whistles for Pique

PSG wants Cristiano for 2016, according to L’Equipe

The court keeps Messi accused by the tax office of a crime of €4.1m 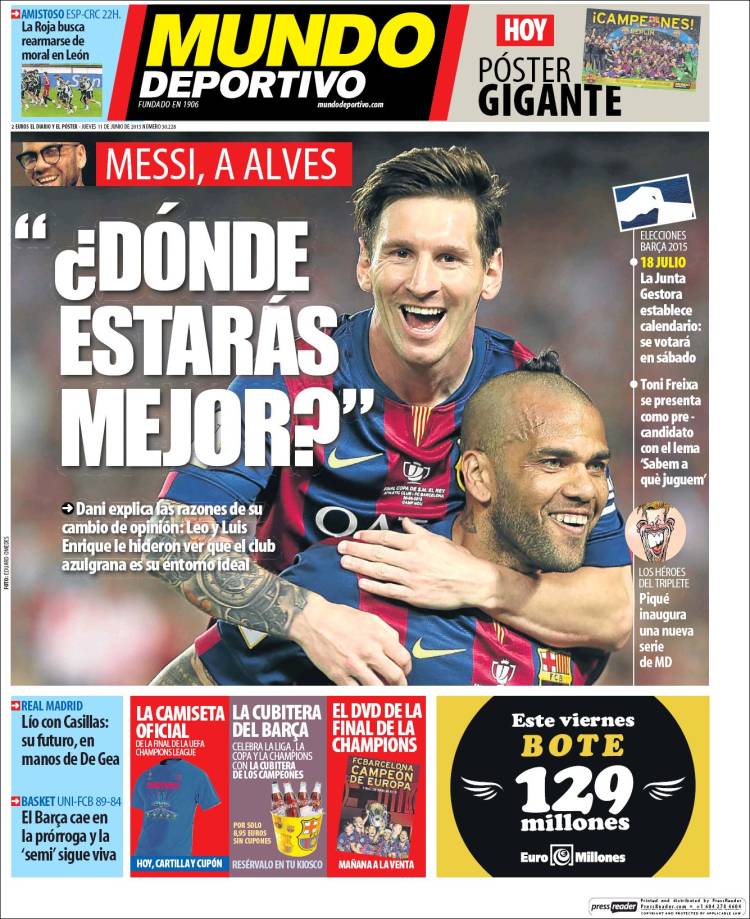 ‘Where will you be that’s better?’

Dani explains his reasons for changing his mind: Leo and Luis Enrique made him see the Azulgrana club is his ideal environment

The management board sets the calendar: the vote will be on a Saturday

Toni Freixa presents as a pre-candidate with the motto: “We know they play”

The heroes of the treble

Casillas mess: His future in the hands of De Gea