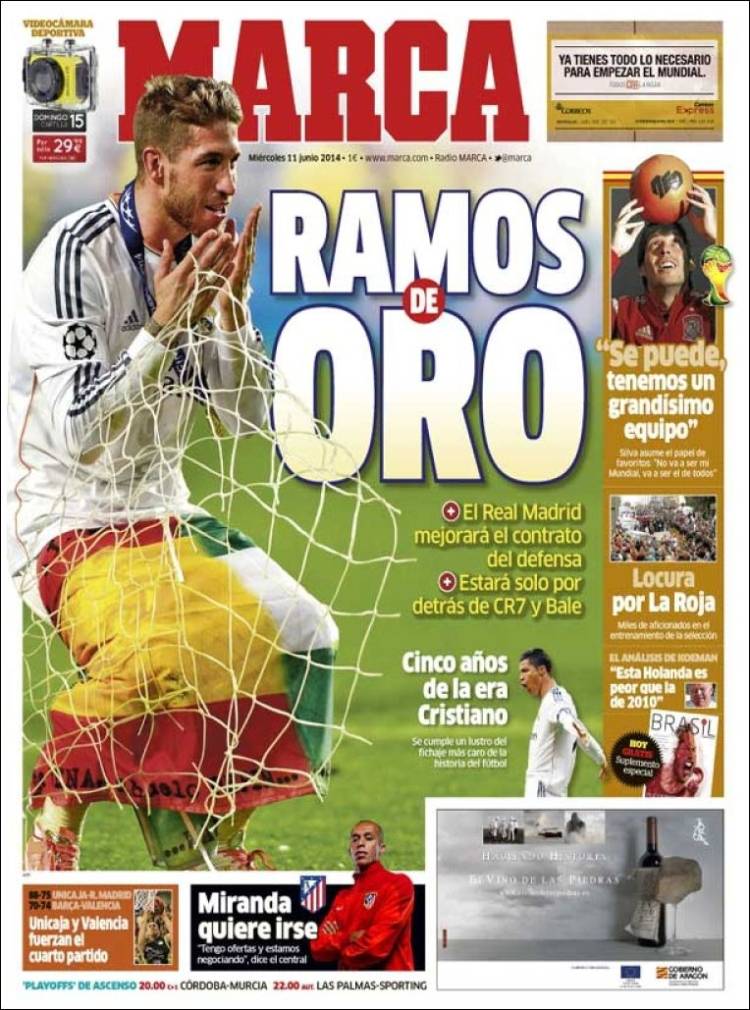 Madrid will improve the defender’s contract

He will now only be behind Ronaldo and Bale

Five years of the Cristiano era. Five years today since the most expensive signing in the history of football

“We can do it, We have a great team.” Silva takes on the role of favourites. “It's not going to be my World Cup, it's going to be everyone's World Cup”

Fans go crazy for La Roja. Thousands of fans turn up to the training session

Koeman's analysis: Holland are worse than in 2010

Miranda wants to leave: “I have offers and we are negotiating,” says the centre-back. 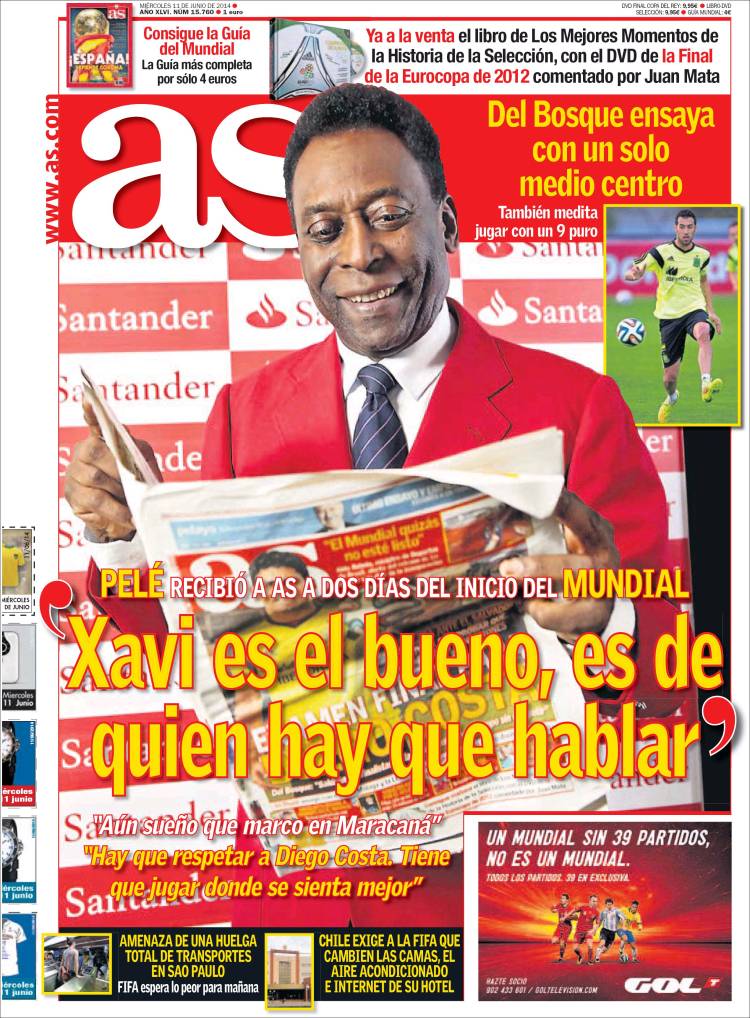 Xavi is the star, he's the one we should be talking about

I still dream about scoring in the Maracana

You have to respect Diego Costa, he has to play where he feels comfortable.

Del Bosque tries out formation with just one centre-back. He also considers an out-and-out striker

Threat of a transport strike in Sao Paolo; FIFA expect the worse tomorrow.

Chile call for FIFA to change the beds, the air conditioning and the internet in their hotel 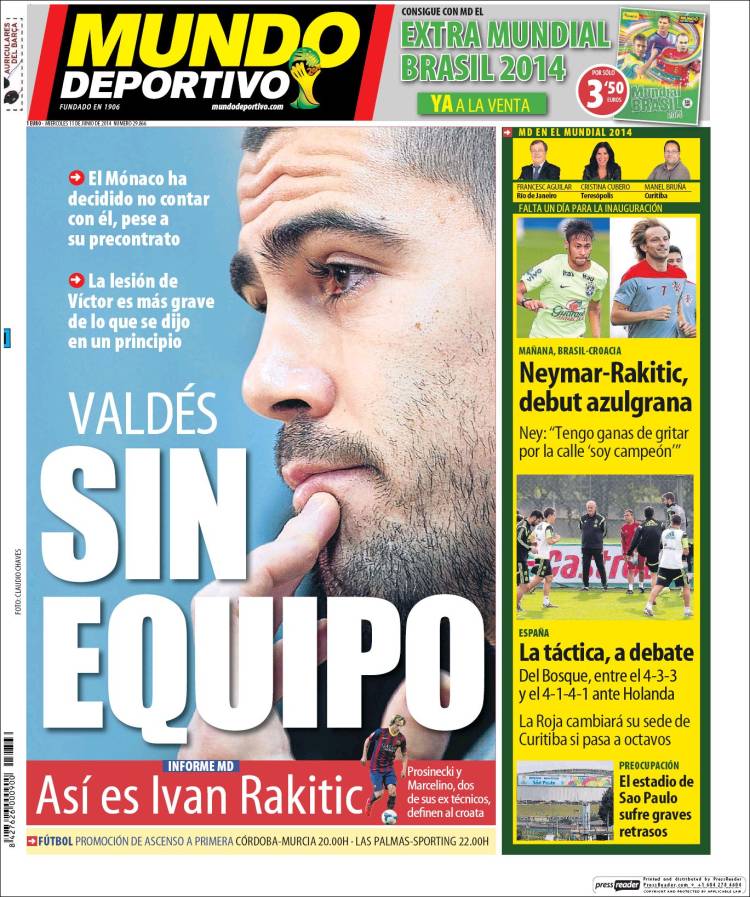 Valdes without a team

Monaco have decided against the deal despite the pre-contract agreement

The injury to Valdes is more serious than first thought

That's Ivan Rakitic: Prosinecki and Marcelino, two of his ex-managers on the Croatian

Ney: I want to shout in the streets 'I'm a champion'