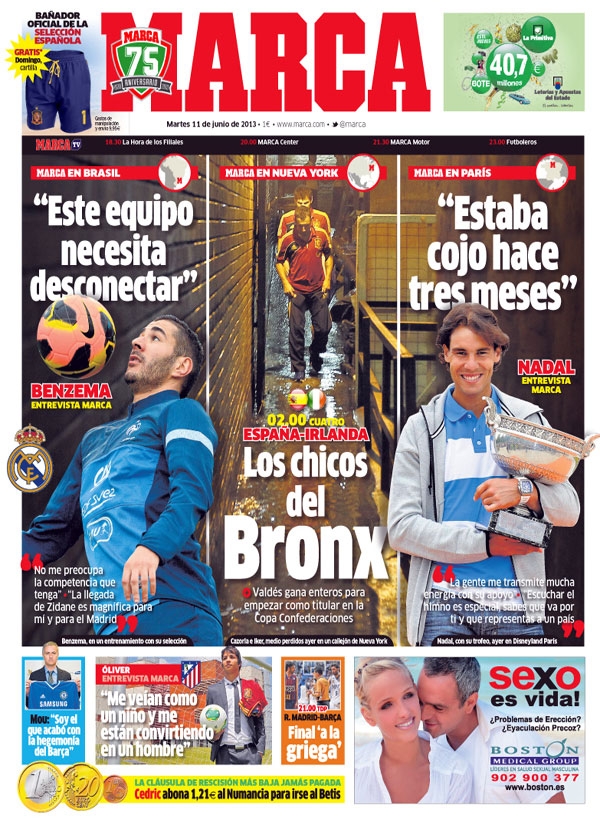 The boys from the Bronx

Carzola and Iker lost in the streets of New York

Benzema: "This team needs to disconnect"

"I am not worried about the competition there is"

Nadal: "I was down three months ago"

"People have transmitted much energy with their support"

"To listen to the national anthem is special to me"

Oliver: "They saw me first as a kid and they are making me a man" 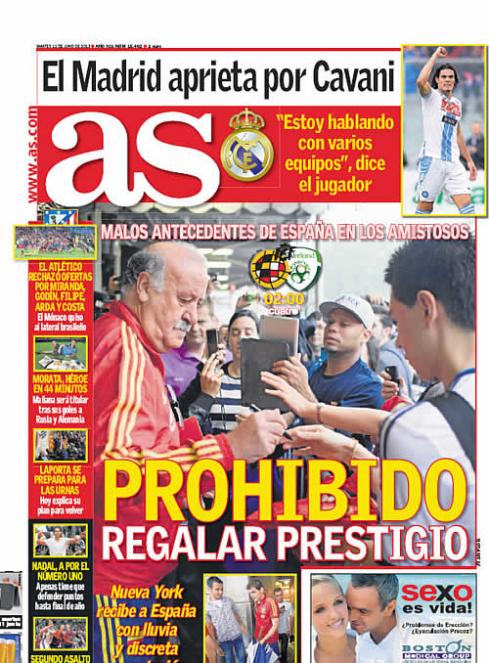 Prohibited to give prestige

Bad omens for Spain in friendlies

"I am speaking with various teams," Cavani

Monaco want the Brazilian full back

Morata, the hero in 44 minutes

Tomorrow he will start after scoring against Russia and Germany

Laporta prepares for the ballet

Today he explains his plan to return

Nadal, going for number one

Second assault in the final of the ACB

Madrid, on track for the title in the Palace 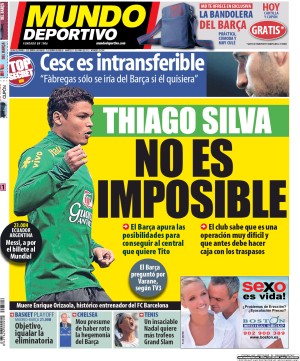 Thiago Silva is not impossible

Messi, a ticket to Brazil in the offing

Barca ask for Varane, according to TV3

Cesc is no for sale

"Fabregas only would leave Barca if he wanted to"

Basketball: Objective, to equal the knockout

Chelsea: Mou believes he broke the hegemony of Barcelona