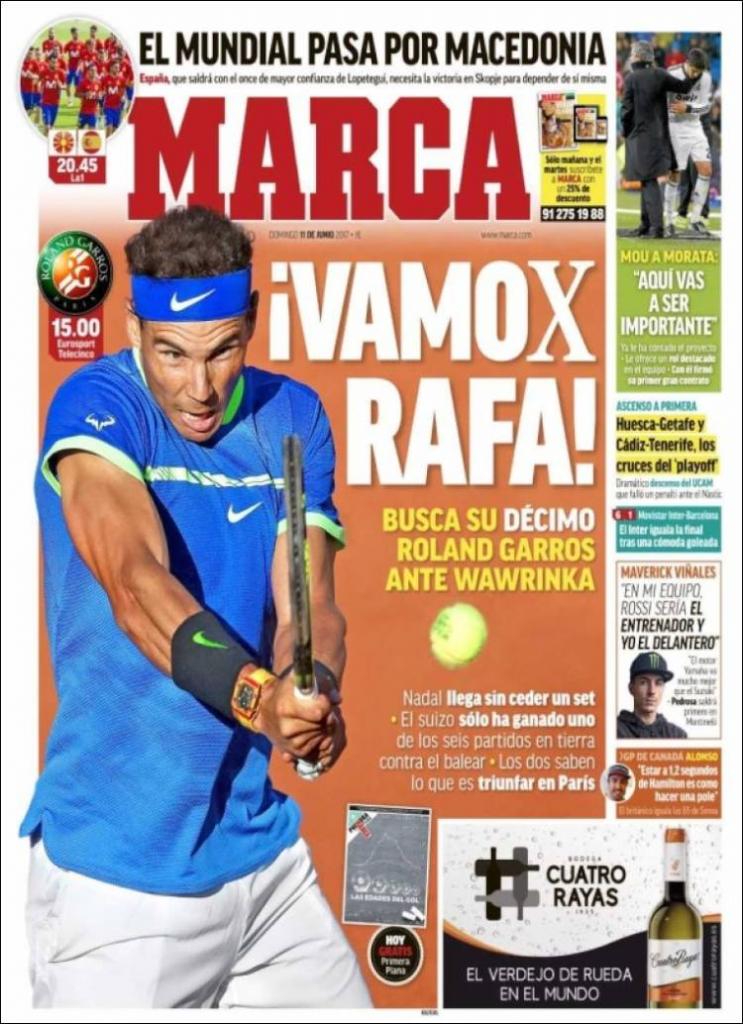 He looks for his 10th Roland Garros title against Wawrinka

The World Cup passes through Macedonia

“Here, you’re going to be important” 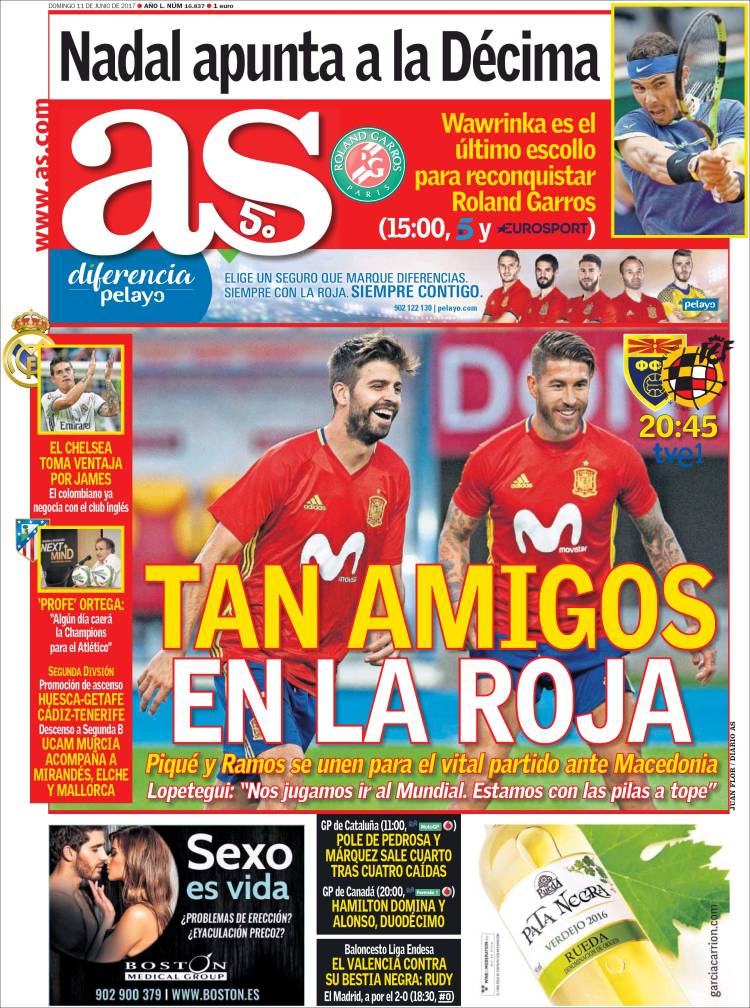 Such good friends for La Roja

Pique and Ramos join forces for the vital match against Macedonia

Lopetegui: “We’re playing to go to the World Cup. We’re charged up to the maximum”

Chelsea take the lead for James

The Colombian is currently negotiating with the English club

“One day, the Champions League will fall for Atletico”

Relegation to Serie B 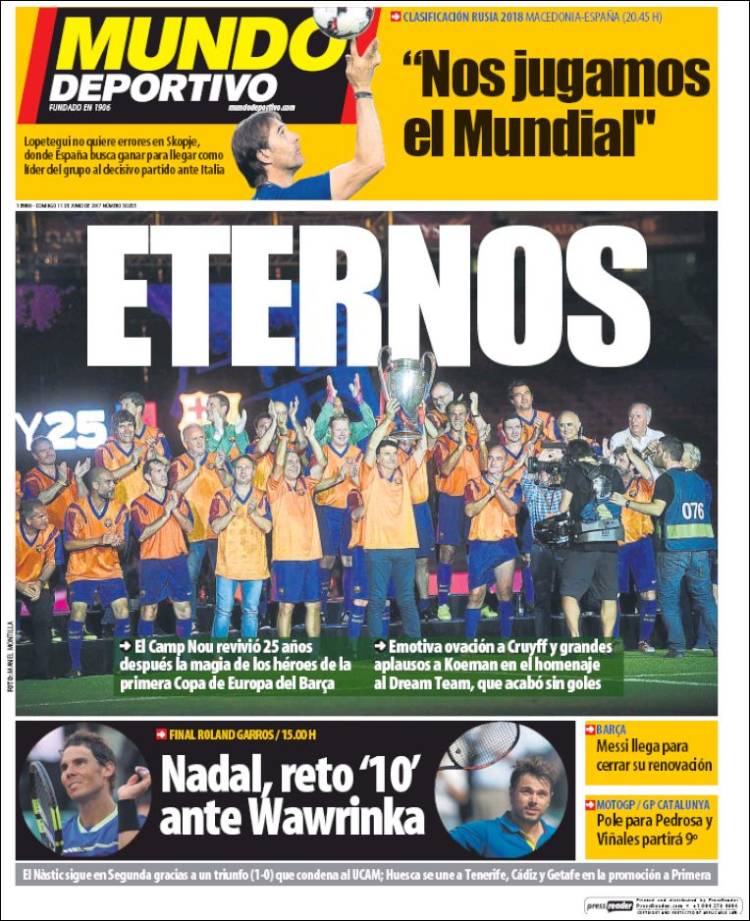 Camp Nou revived the magic of Barca’s heroes of their first European Cup, 25 years on

Emotional ovation for Cruyff and great applause for Koeman in the ‘Dream Team’ tribute, which finished without goals

“We’re playing for the World Cup”

Lopetegui does not want mistakes in Skopje, where Spain are looking to win to become group leaders ahead of the decisive match against Italy

Messi arrives to finalise his renewal