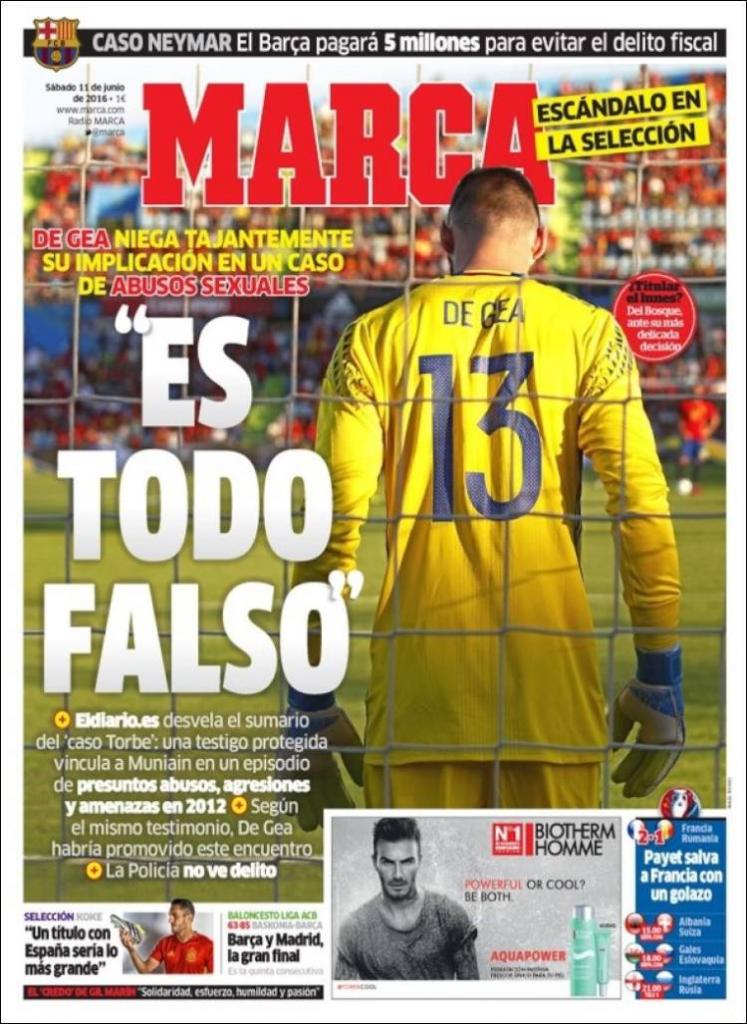 Scandal in the national team

Eldiario.es reveals an account of the Torbe case: a protected witness links Muniain to an episode of alleged abuses, assaults and threats in 2012

According to the same testimony, De Gea had arranged this meeting

Police do not see any crime

“A trophy with Spain would be the best”

The ‘creed’ of Gil Marin: “Solidarity, effort, humility and passion.”

Payet saves France with a wonder-goal 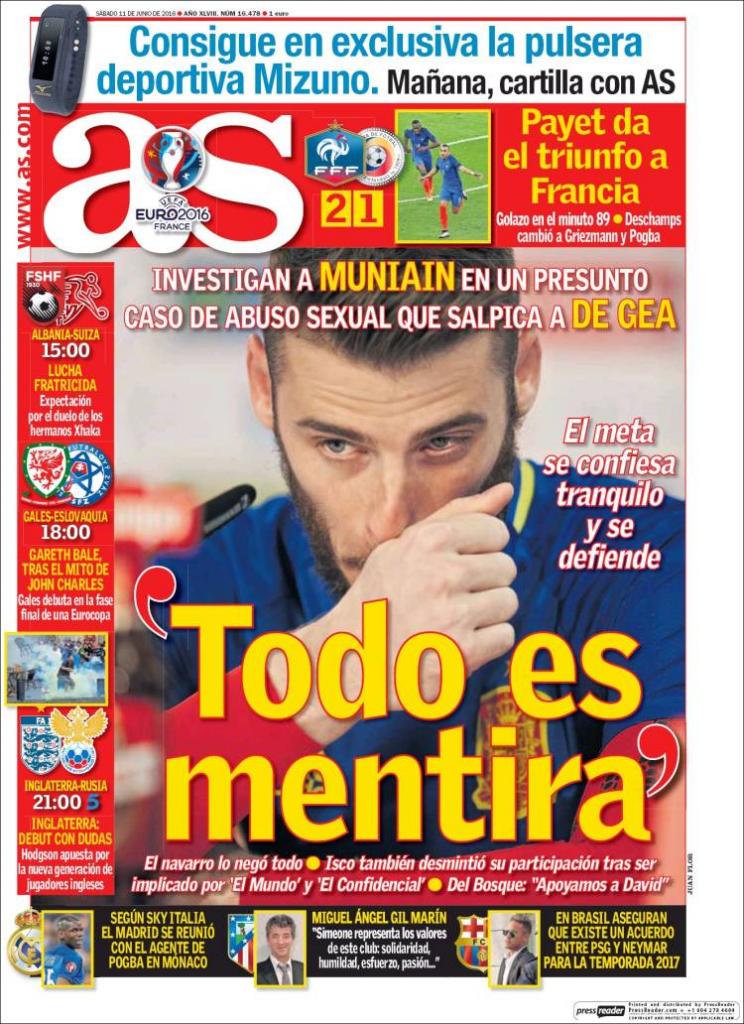 The goalkeeper calmly confesses and defends himself

The Navarre denied everything

Deschamps took off Griezmann and Pogba

Anticipation for the duel of Xhaka brothers

Gareth Bale in search of the myth of John Charles

Wales debut in the finals of a European Championship

Hodgson bets on the new generation of English players

According to Sky Italia, Madrid met with Pogba’s agent in Monaco

In Brazil, they say there is an agreement between PSG and Neymar for 2017-18 season 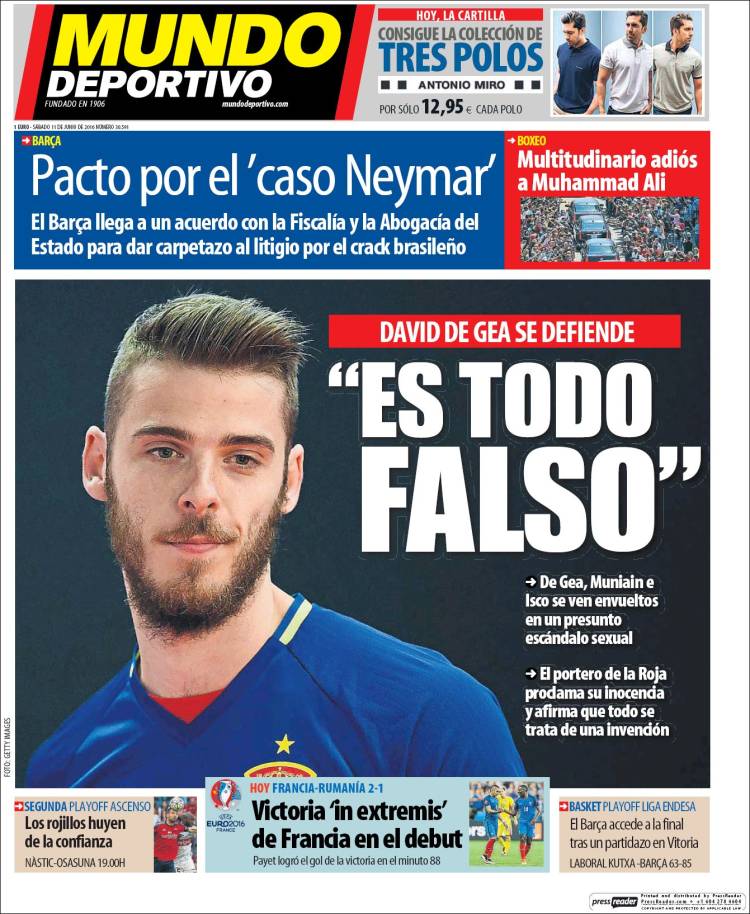 De Gea, Muniain and Isco are caught up in an alleged sex scandal

Pact in the Neymar case

Victory at the death for France on their debut

Payet got the winning goal in the 88th minute