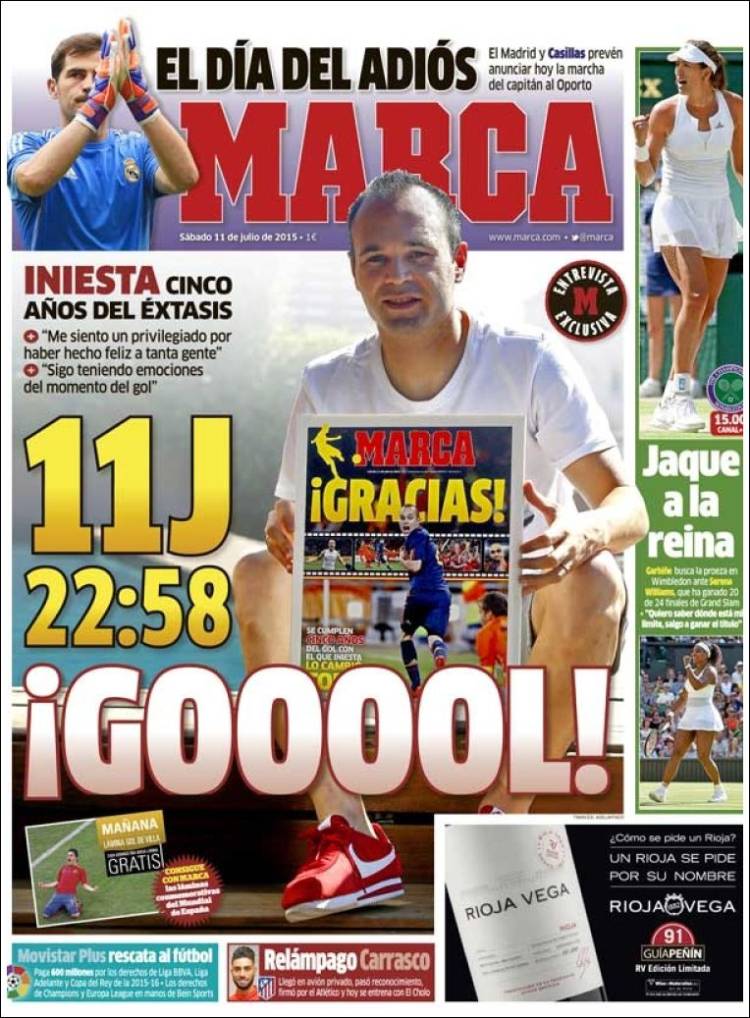 “I feel privileged to have made so many people happy”

"I still have emotions of the moment I scored the goal”

The day of farewell

Arrived by private plane, signed by Atletico and now training with El Cholo 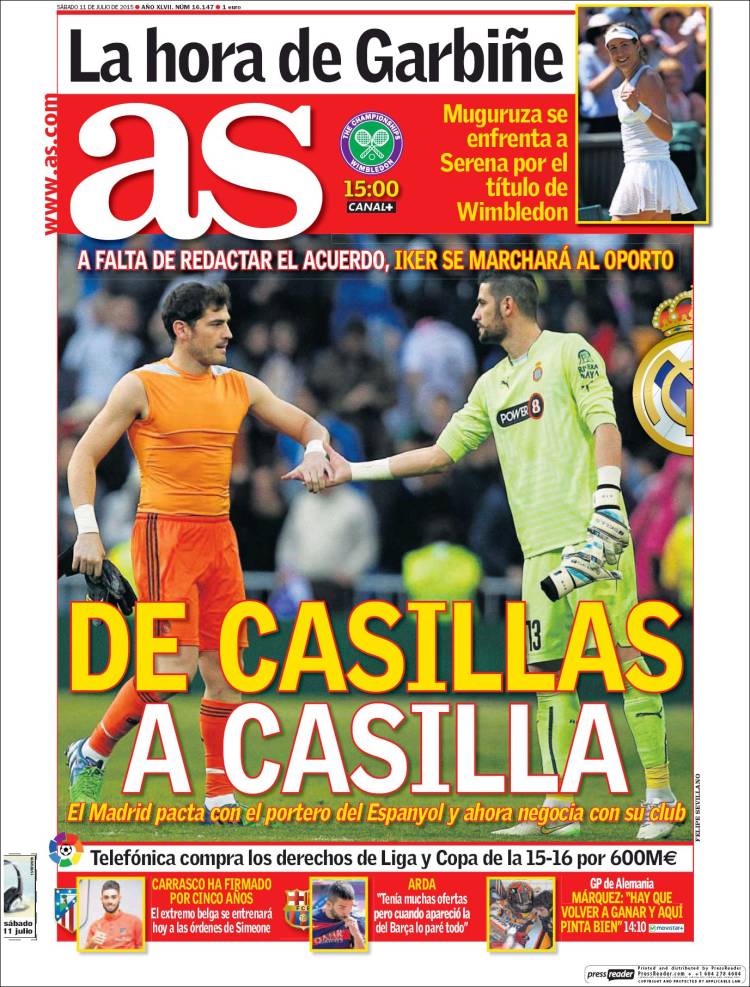 From Casillas to Casilla

Barring the signing of a contract, Iker will join Porto

The Belgian winger will train today by the orders of Simeone

Arda: “I had many offers, but everything stopped once Barca’s appeared” 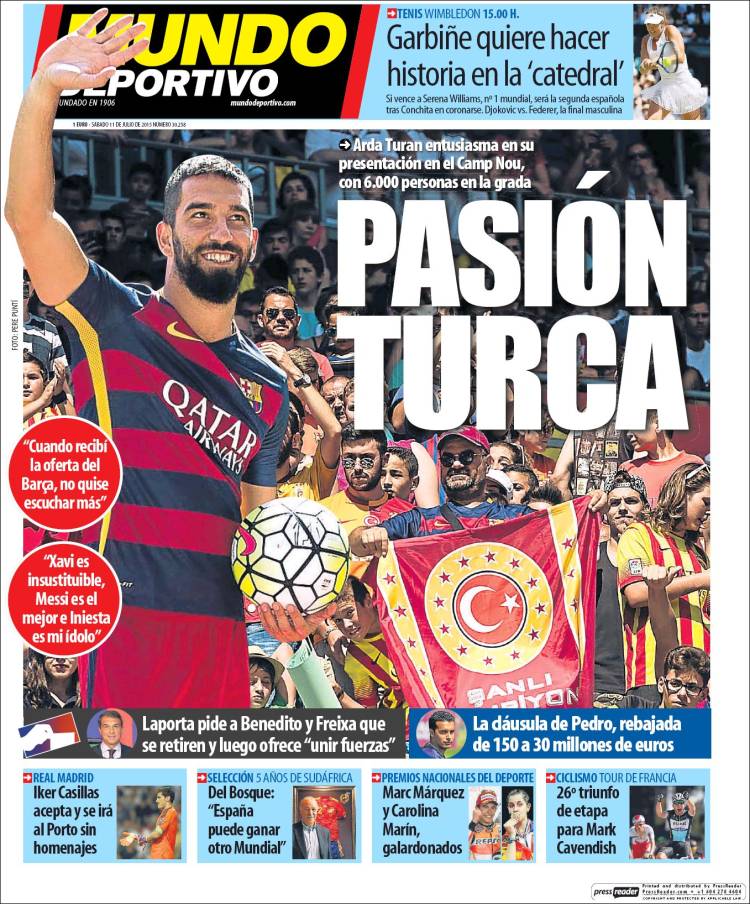 Arda Turan was enthusiastic during his presentation at Camp Nou, with 6,000 fans in the stands

“When I received the offer from Barca, I didn’t want to listen to any others”

“Xavi is irreplaceable, Messi is the best and Iniesta is my idol”