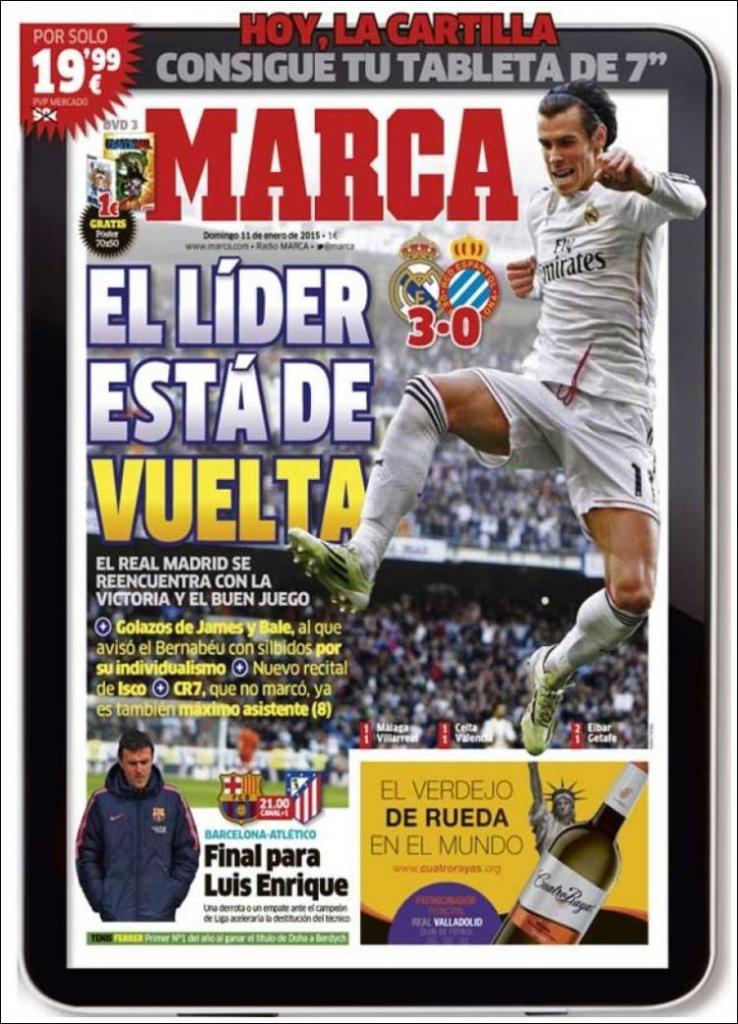 The leaders are back

Great goals from James and Bale, who is whistled by the Bernabeu because of his individualism

A new recital from Isco

CR 7, who didn’t score, is now also the best provider of assists (8)

A final for Luis Enrique: a defeat or a draw against the League champions will accelerate his departure 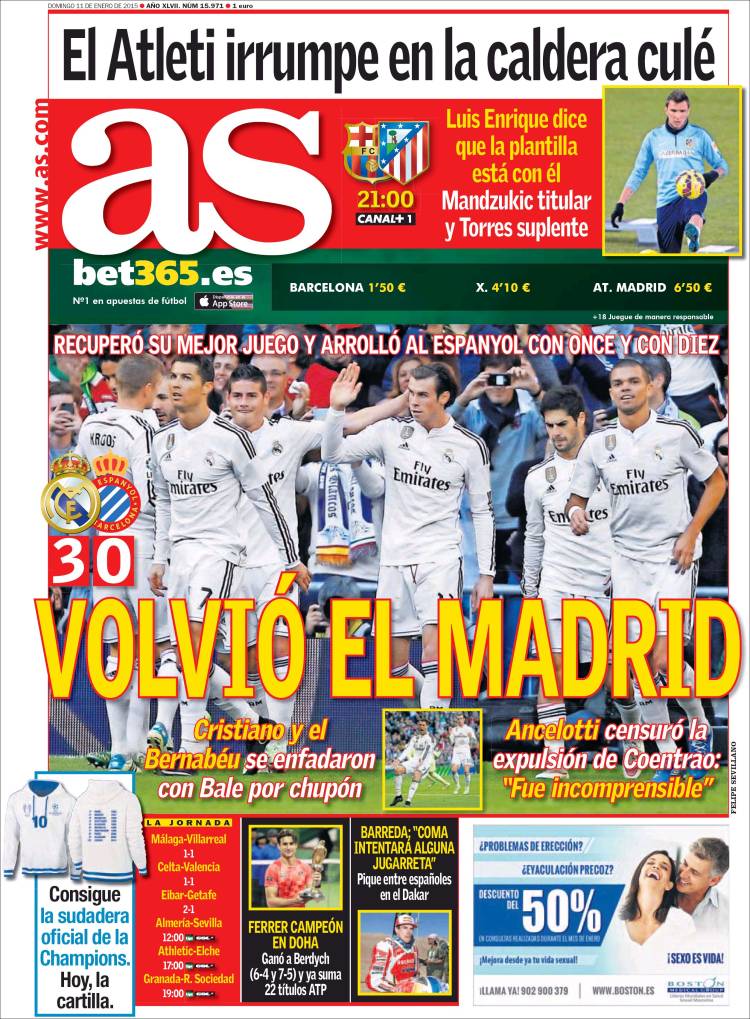 Cristiano and the Bernabeu angry with Bale over his selfishness

Ancelotti criticises Coentrao’s sending off: “I couldn’t understand it”

Atleti burst into the Cule cauldron

Luis Enrique says that the squad is behind him

Mandzukic in the starting line-up and Torres on the bench 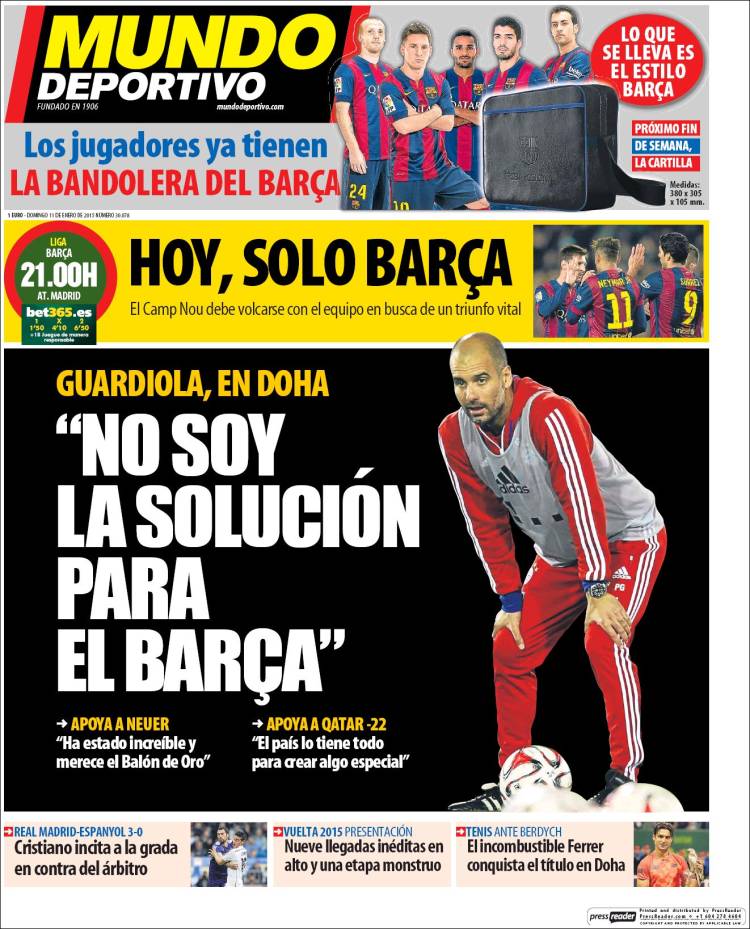 “There is no solution for Barca”

Support for Neuer: “He has been incredible and deserves the Ballon d’Or”

Support for Qatar 22: “The country has everything to create something special”

Today, only Barca: the Camp Nou must do its best to get behind the team for a vital victory

Cristiano inflames the crowd against the referee