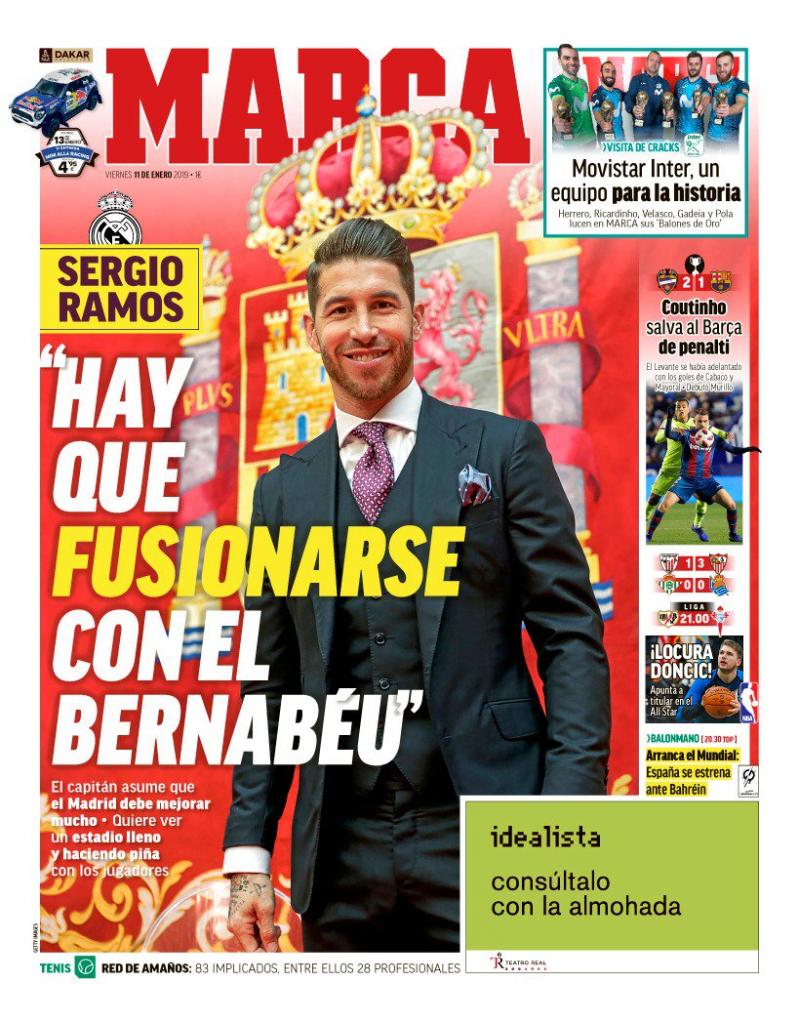 "You have to merge with the Bernabeu"

The Madrid captain assumes team need to be much better, wants to see a full stadium

Coutinho saves Barca with a penalty 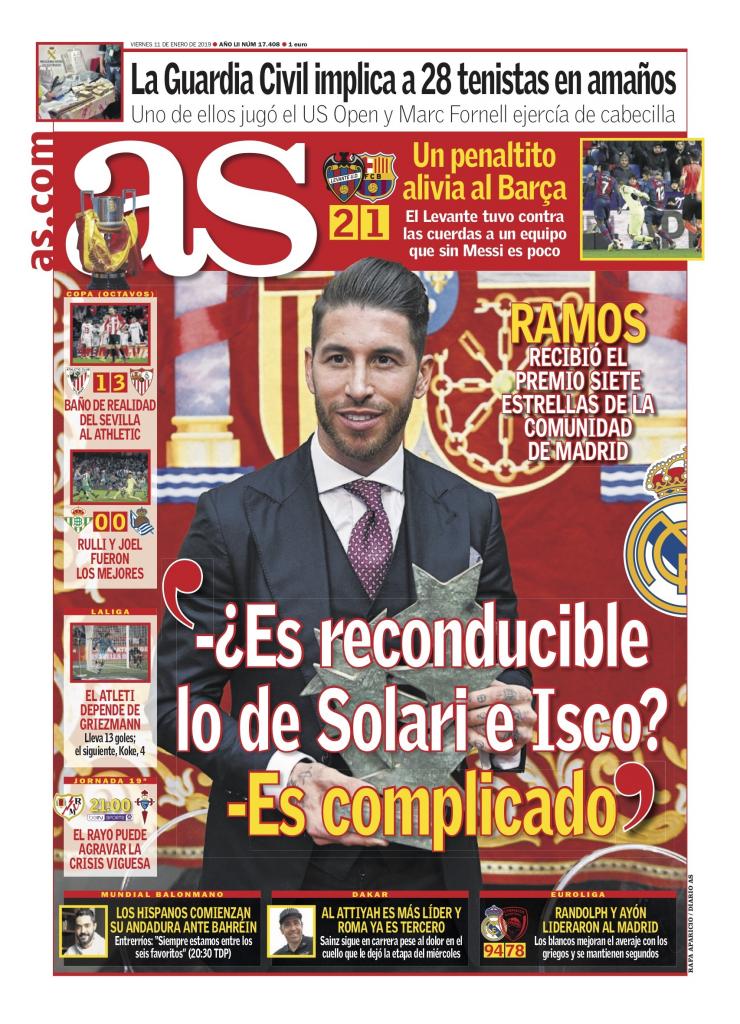 "Can Solari and Isco be reconcilied? It's difficult"

A little penalty relieves Barca - Levante had Barca, without Messi, against the ropes

Reality check for Athletic against Sevilla

Rulli and Joel they were the best

Atleti depend on Griezmann 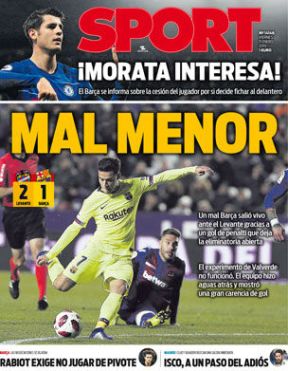 A bad Barca leaves alive thanks to penalty which leaves the game open, Valverde's expirement doesn't work, shows a lack of goal threat

Rabiot demands not to play as a pivot

Isco, a step away from the goodbye