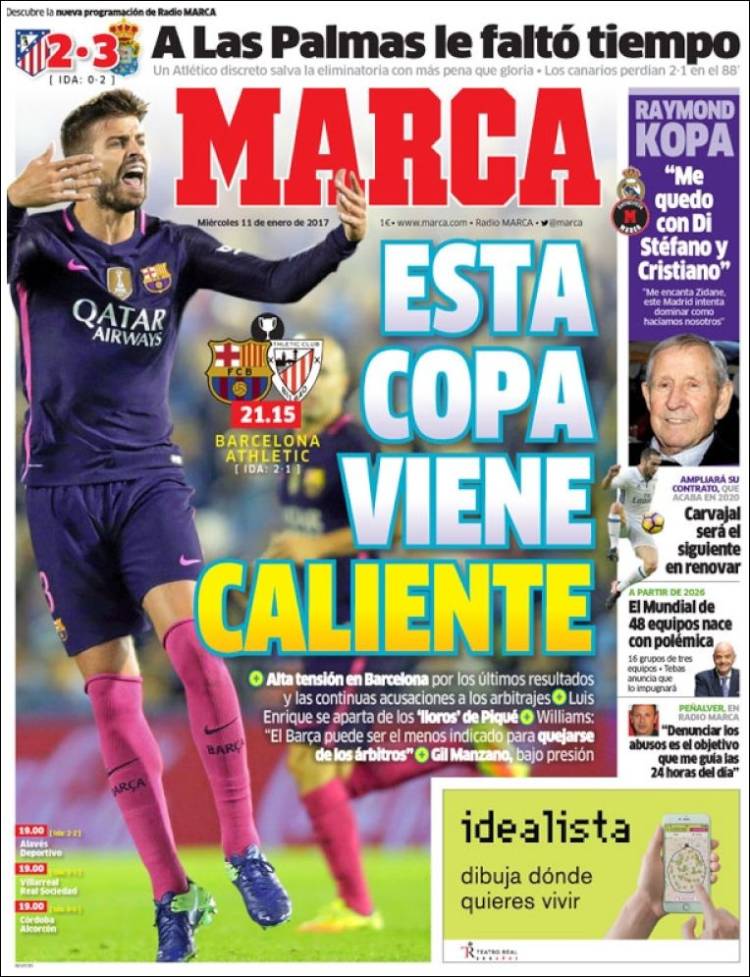 Luis Enrique distances himself from the 'cries' of Pique

Williams: Barca should be the team least likely to complain to the officials

Las Palmas run out of time

Raymond Kopa: I prefer Di Stefano and Ronaldo - 'I like Zidane, this Madrid tries to dominate as we did'

Carvajal next to renew - contract ends in 2020 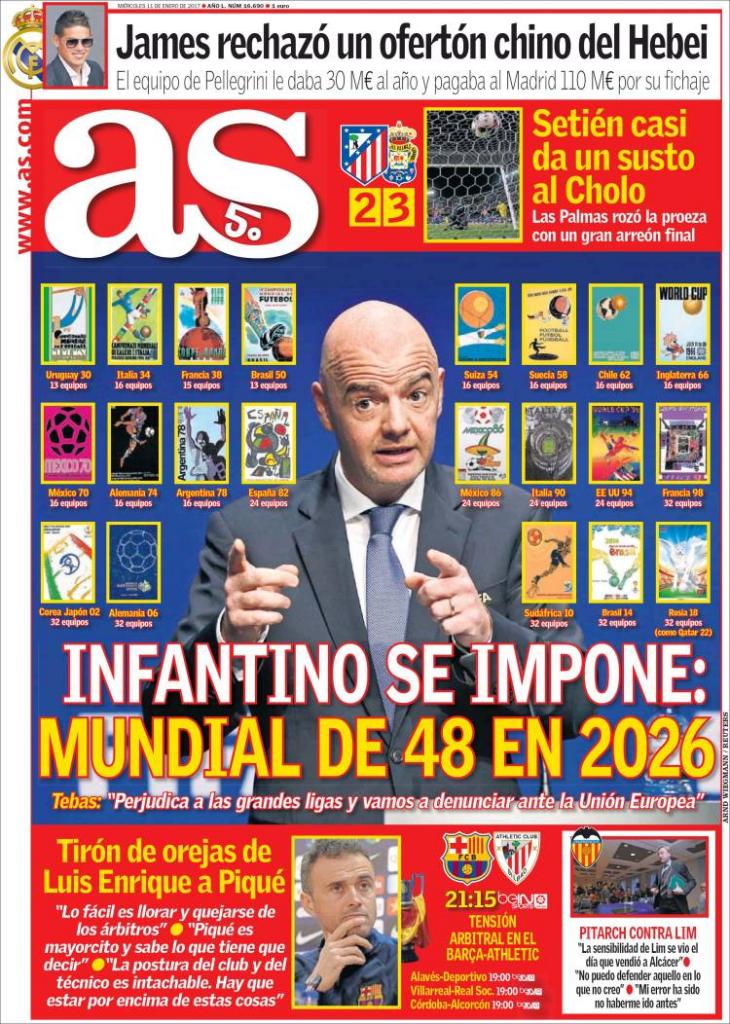 Tebas: This will hurt big leagues and we will protest this to the European Union

Luis Enrique distances himself from Pique comments - 'The easy thing to do is complain and blame the referees', 'The position of the club and the manager is impeccable, you have to be above these things'

Refereeing tension ahead of Barca game 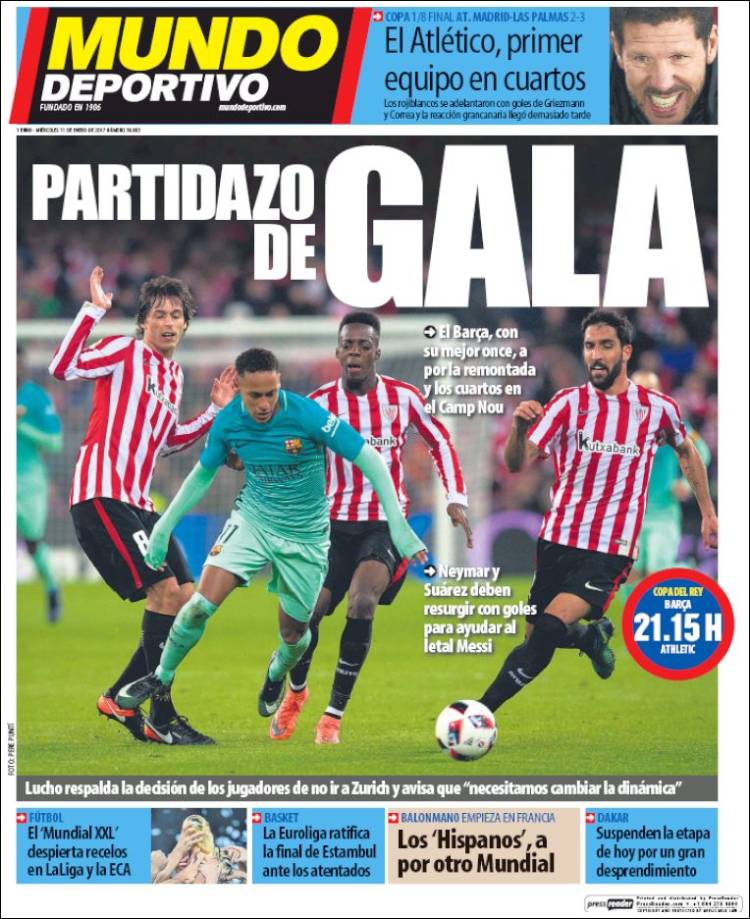 Barca, with their best 11, aims to reach the Copa quarter finals

Neymar and Suarez should resurface with goals to help Messi