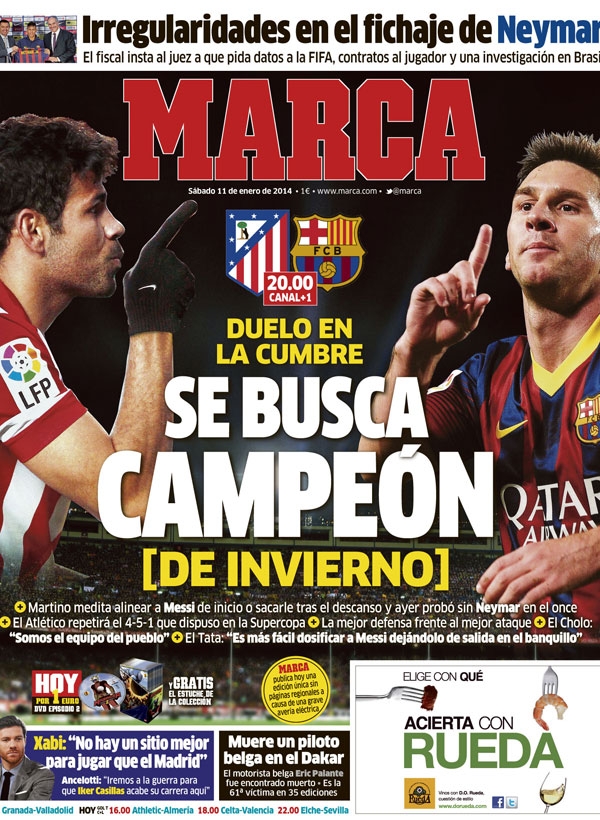 Duel at the summit
The search for the Champion (of winter)
Martino ponders starting Messi and taking him off at the break
Yesterday he tested out a side without Neymar
Atletico to reuse the 4-5-1
The best attack against the best defence
El Cholo: "We are a team from the village"
Tata: "It is easy to make to without Messi and have him come off the bench"
Xabi: "There is not better place to play than at Madrid"
Ancelotti: "We will go to great lengths to ensure Iker Casillas finishes his career here"
Belgian Eric Palante dies in the Dakar
Irregularities in the signing of Neymar
The fiscal authorities urge that the information is given to Fifa, including the contracts of the player and an investigation in Brazil 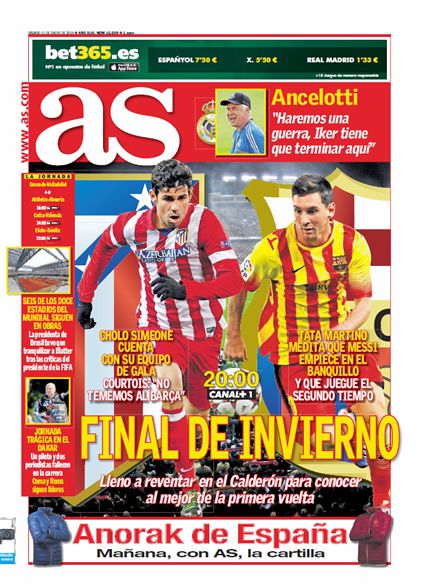 The winter final
The Calderon will be packed to the brim to see the best from the first half of the season
Cholo Simeone is expecting a gala
Courtois: "We do not have Barca in our hands"
Tata Martino considers starting Messi from the bench and playing him in the second half
Ancelotti: "We will do everything to keep Iker here"
Seven of the twelve stadiums for the world cup continue being worked on
The president of Fifa has to assure Blatter after his criticisms 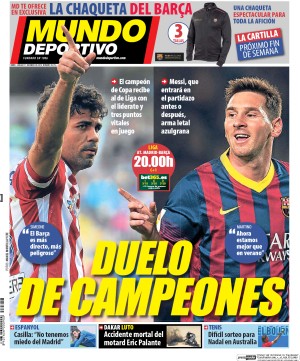 Duel of champions
The Copa del Rey champions welcome the La Liga champions in a game where three vital points are up for grabs
Messi will play a part either from the start or not
Simeone: "Barca are more direct, more dangerous now"
Martino: "Now we are better than in the summer"
Real Madrid: Xabi Alonso, 100 per cent a Madridista
Tennis: A difficult draw for Nadal in Australia