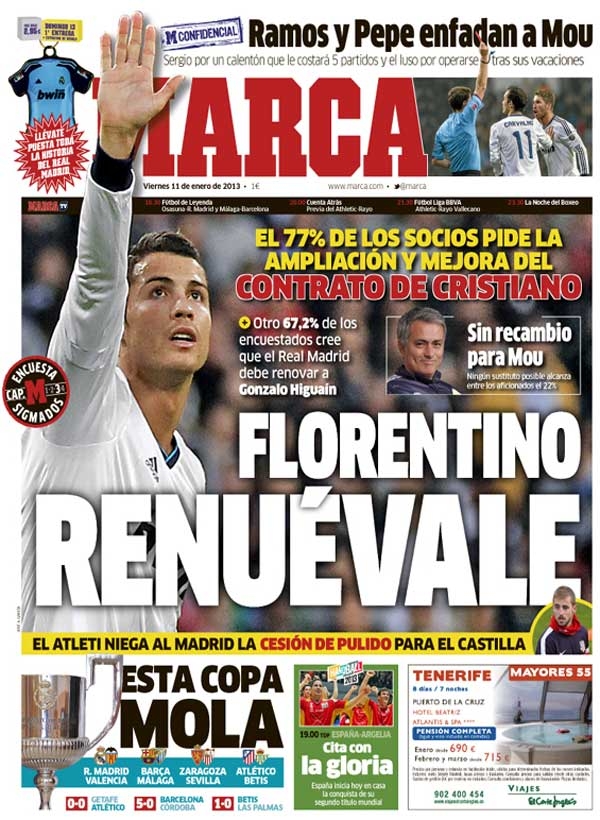 Another 67.2 per cent of voters believe that Real Madrid must renew the contract of Gonzalo Higuain

Without a replacement for Mourinho: Not one substitute for Mou is agreed between the fans

A picture of glory: Spain start their quest for a second world handball title today 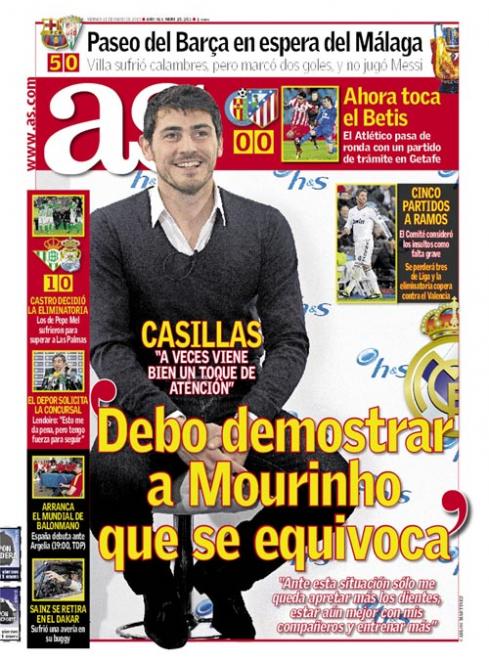 “I have to show Mourinho that he is wrong” Casillas

“Sometimes its good to have a bit of attention”, Casillas

“With this situation it only means that I must be better, better with even with my teammates and train harder” Casillas

Five games for Ramos: The committee considered his insults to be gravely offensive

Now Betis: Atletico progress a following the formality in Getafe

Those of Pepe Mel suffer in overcoming Las Palmas

Leondoiro: Este is hard to do, but I have to be make an effort to continue

Sainz retires in the Dakar: Suffers a breakdown in the buggy 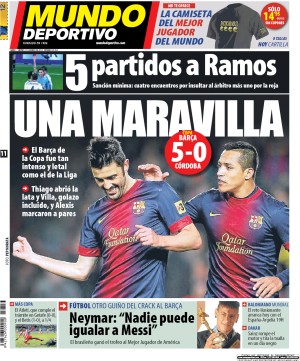 Thiago opened the scoring, Villa scored a wonder goal and like Alexis scores a brace

5 games for Ramos: Minimum punishment, four games for insulting the referee and one more for the red

More Copa del Rey: Mere formality for Atleti in Getafe and for Betis at home

Football, another hint for Barca: Nobody is equal to Messi, says Neymar

The Brazilian wins the trophy for the best play in America

Handball: The challenge starts today with Spain against Argelia

Dakar: Sainz breaks down and kicks the towel in a bad day at the Dakar