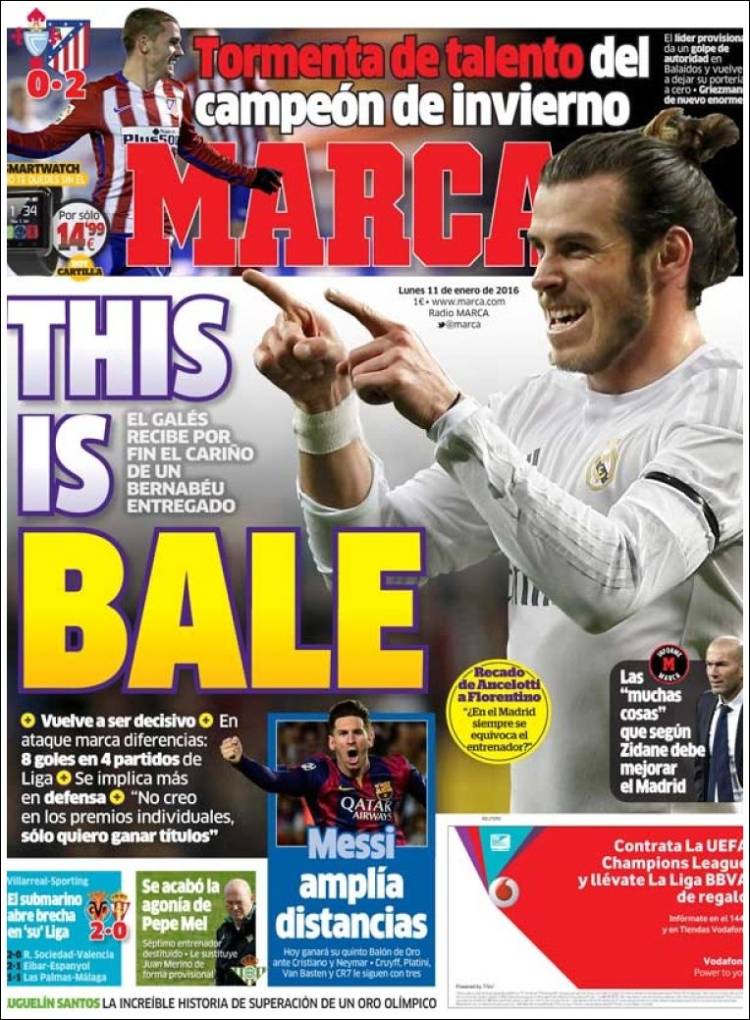 He is proving decisive again

He is making a difference in attack: eight goals in four League games

He is doing more defensively

“I don’t believe in individual awards, I just want to win trophies”

Ancelotti: “Is it always the Coach’s fault?”

Winter champions through the storm

The submarine breaks through in ‘their’ League

Pepe Mel’s agony is over

Seventh Coach to be dismissed

Juan Merino replaces him on an interim basis

Cruyff, Platini, Van Basten and CR7 trail him with three each 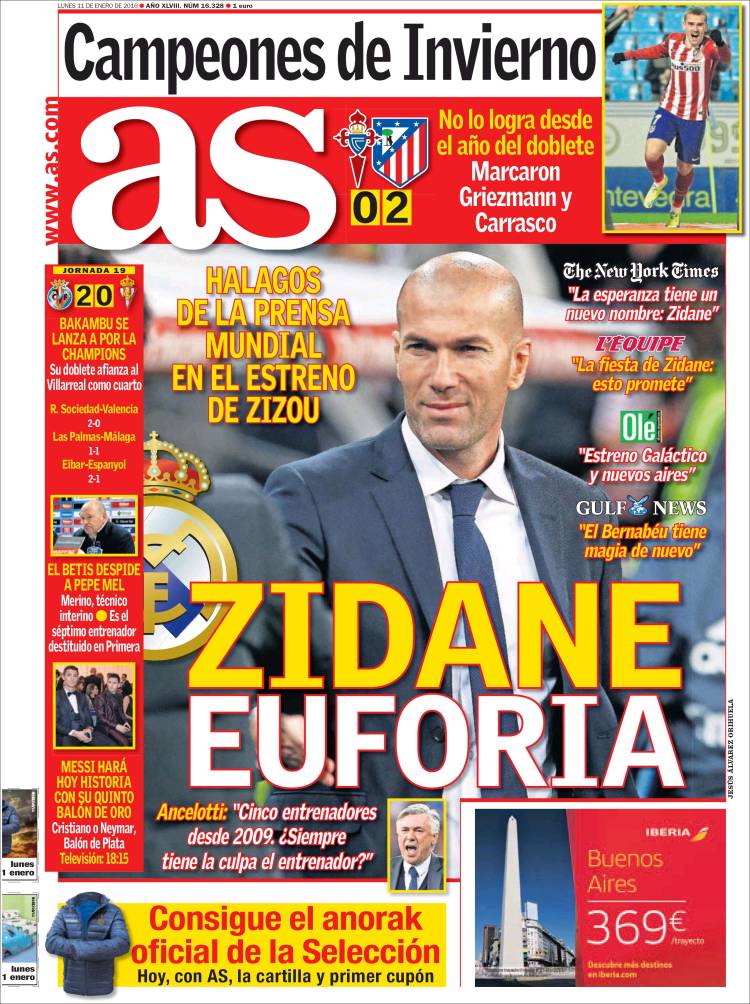 Praise from the world’s Press for Zizou’s debut

The New York Times: “Hope has a new name: Zidane”

Ancelotti: “Five Coaches since 2009. Is the Coach always to blame?”

Not happened since the year of their double

Bakambu gunning for the Champions League

He is the seventh Coach sacked in La Lifa

Messi will make history with its fifth Ballon d’Or today

Ronaldo or Neymar for the Silver Ball 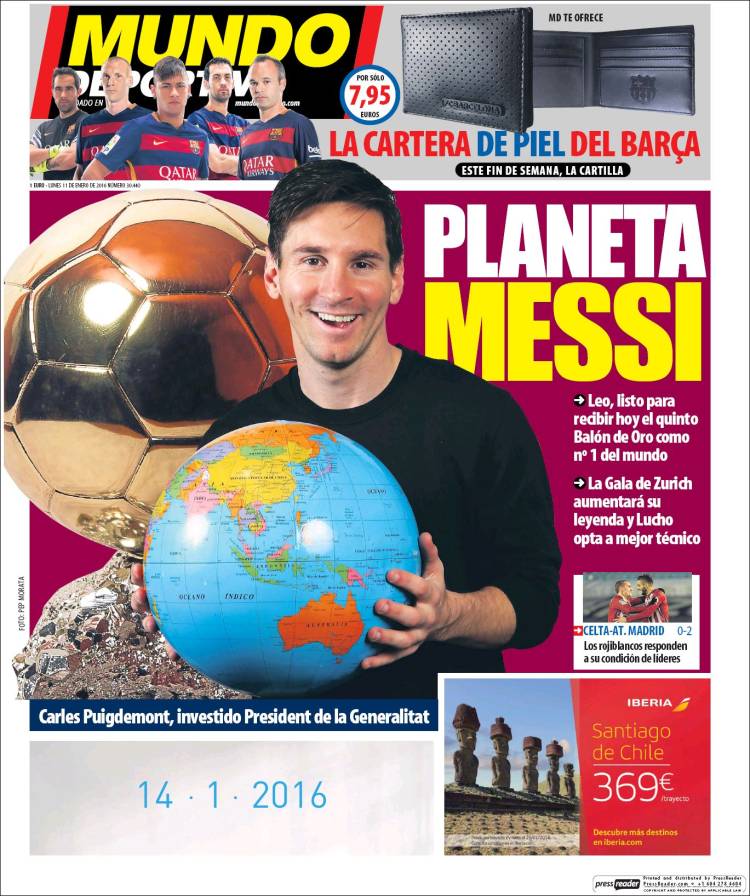 Leo, ready for a fifth Ballon d’Or to confirm his status as world No 1 today

The Gala in Zurich will further his legend, while Lucho will be named best Coach