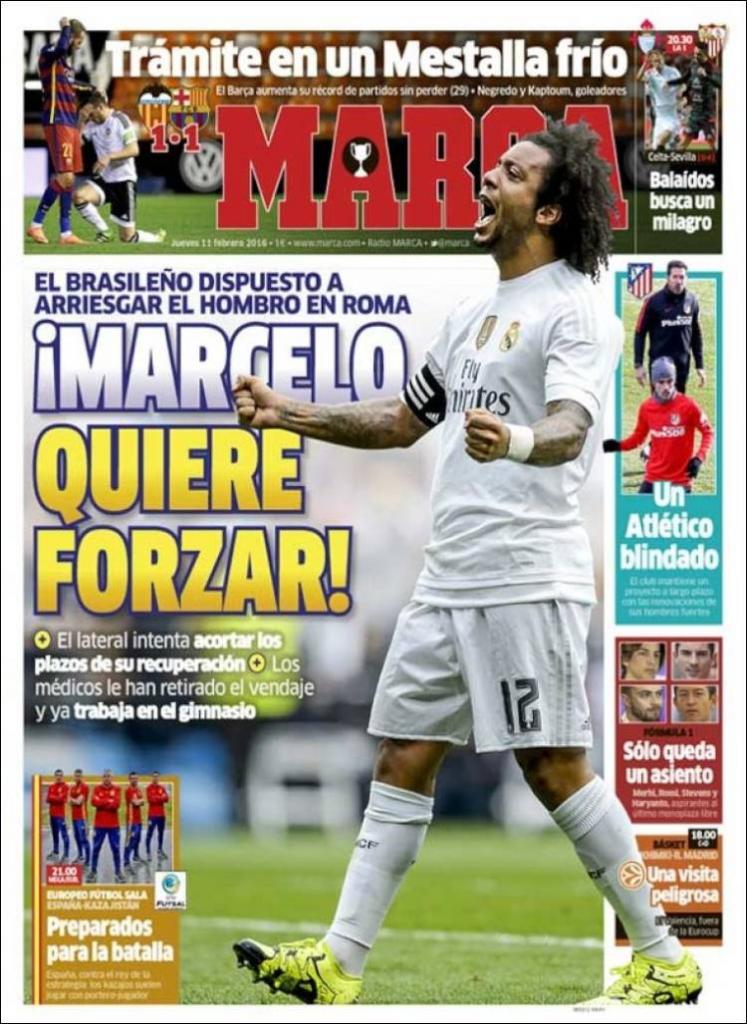 Procedure in a cold Mestalla

Barca increase their record of matches without losing (29)

Balaidos looks for a miracle

The Brazilian is willing to risk his shoulder in Rome

The full-back wants to shorten his recuperation time 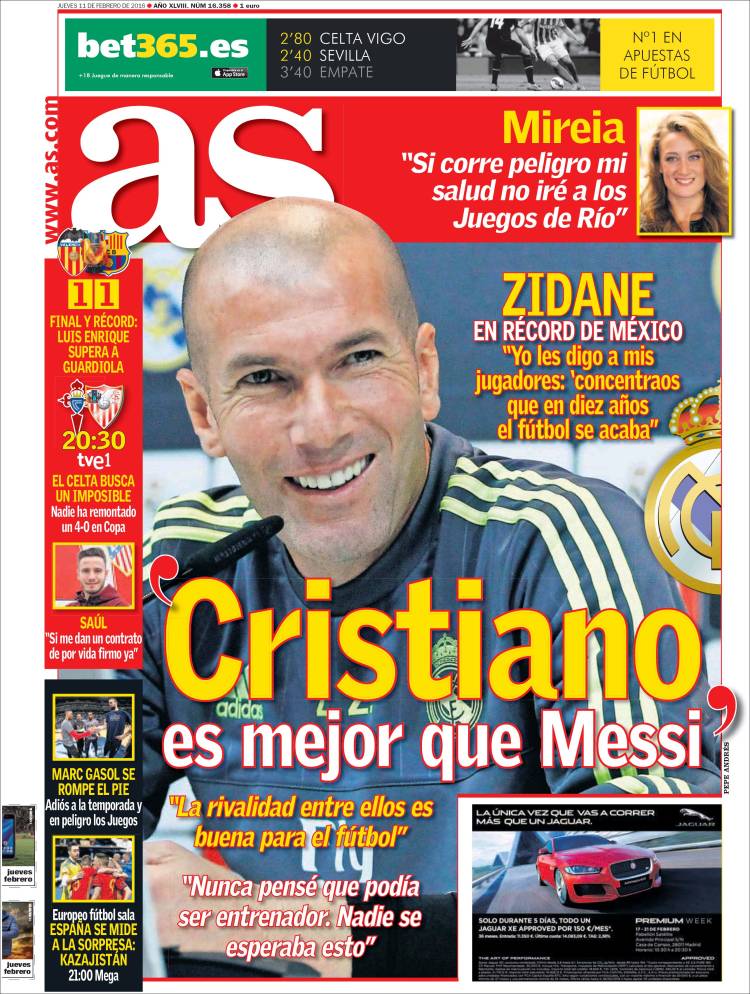 Zidane to Record of Mexico

“I tell my players: ‘concentrate on football for 10 years, then it’s finished’”

‘Cristiano is better than Messi’

“The rivalry between them is good for football”

“I didn’t think I’d become a Coach. No one expected this”

Celta look for the impossible

No one has recovered from 4-0 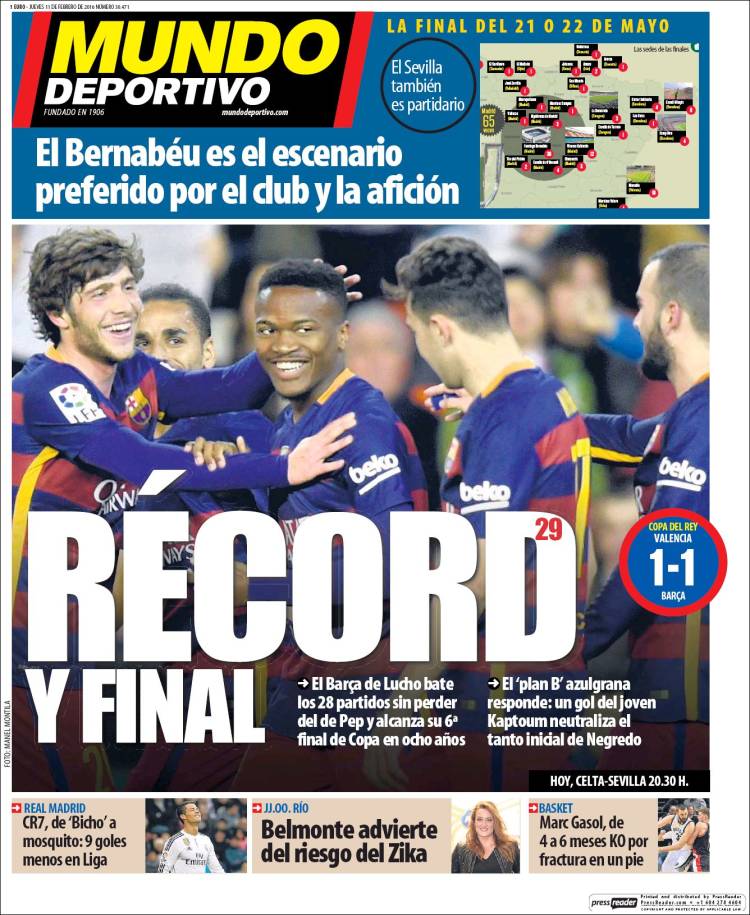 The Bernabeu is the site preferred by fans and the club

Sevilla is also in favour

The ‘plan B’ Barca responds: A goal from young Kaptoum cancels out Negredo’s opener

CR7, a ‘bug’ to a mosquito: nine goals fewer in the League