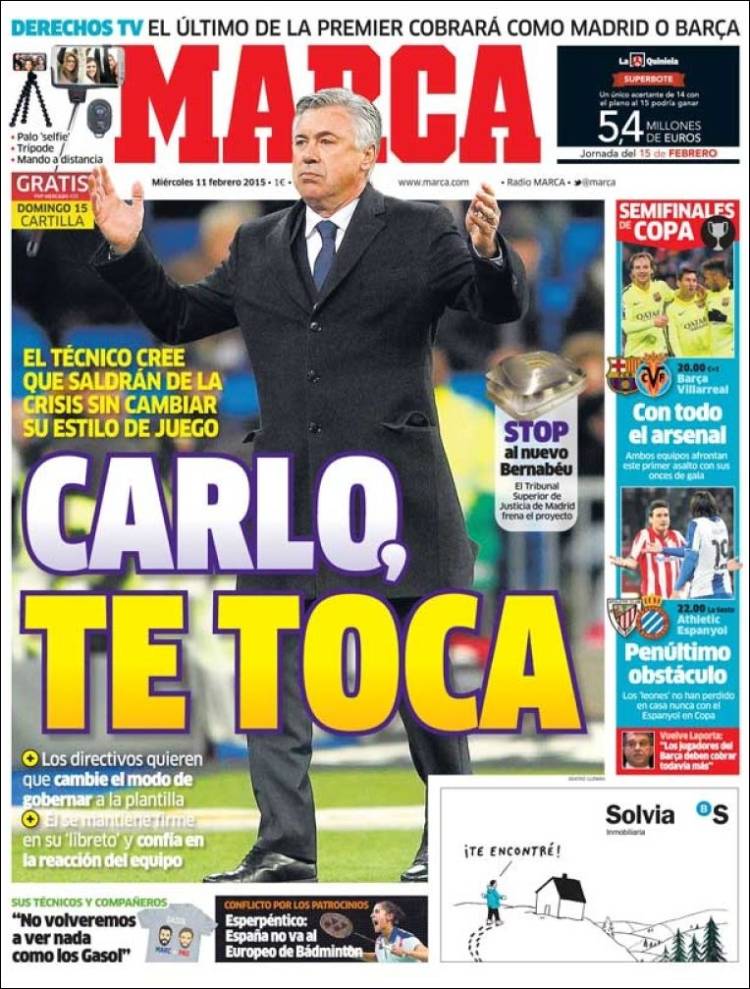 The High Court of Madrid delays the project

With all the weapons

Both teams face this first game with their strongest XIs

‘The Barca players must receive even more’ 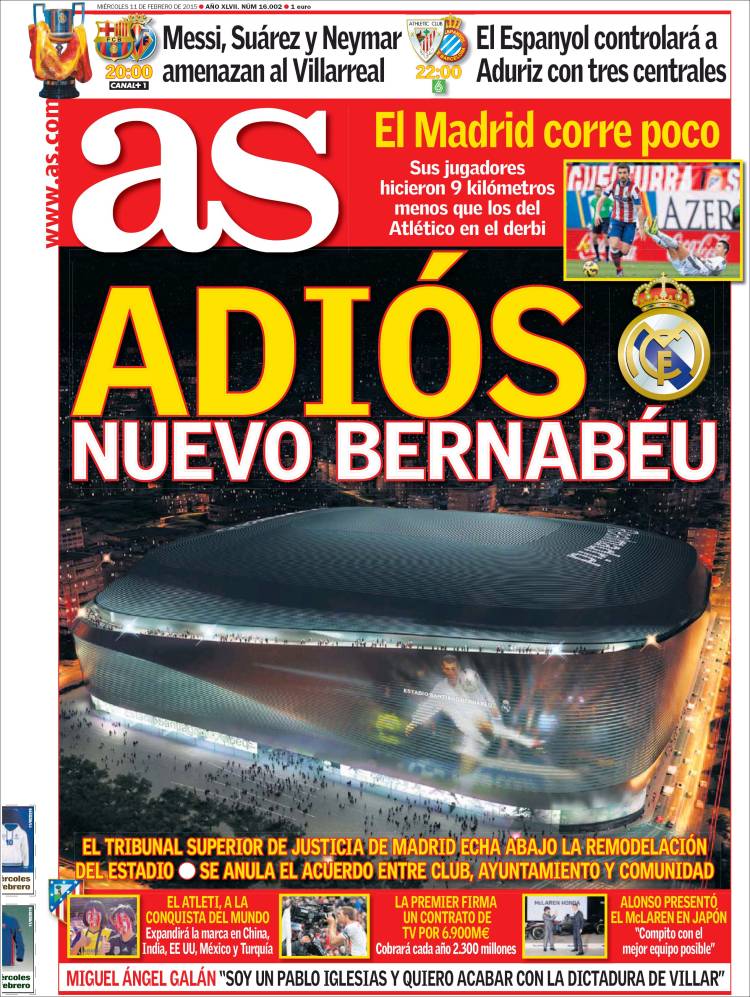 The High Court of Madrid stops the remodelling of the stadium

The agreement between the club, council and community is cancelled

They will expand to China, India, USA, Mexico and Turkey

The Premier League agrees a TV contract for €6.9bn

They charged each year €2.3bn

The players ran 9km less than Atletico in the derby 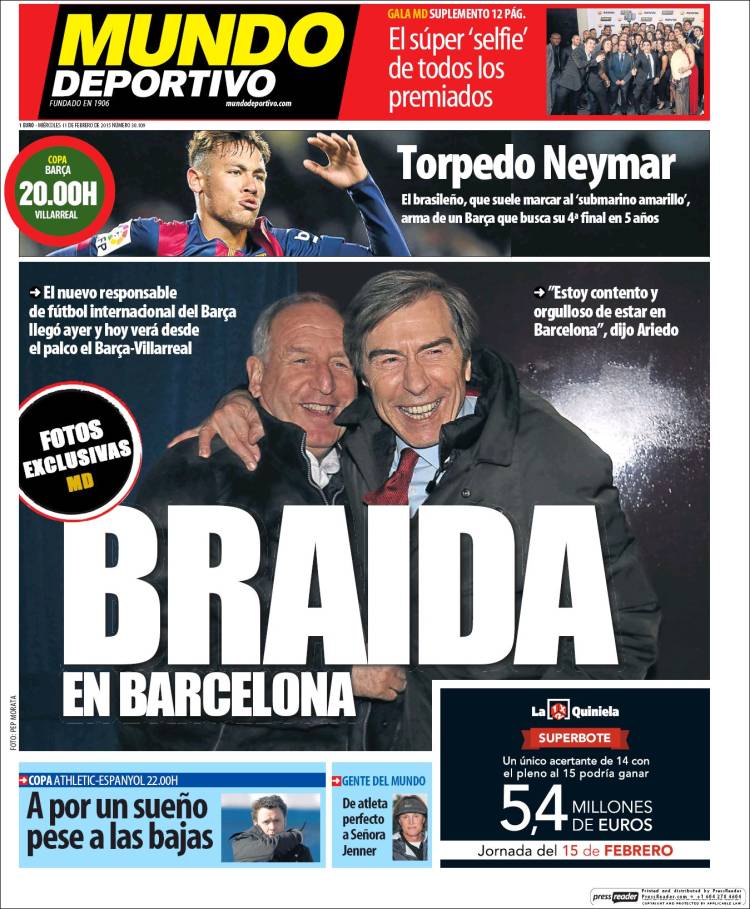 ‘I’m happy and proud to be at Barcelona,” said Ariedo

The Brazilian usually scores against the Yellow Submarine, the weapon of a Barca looking for their fourth final in five years

A dream despite the injuries