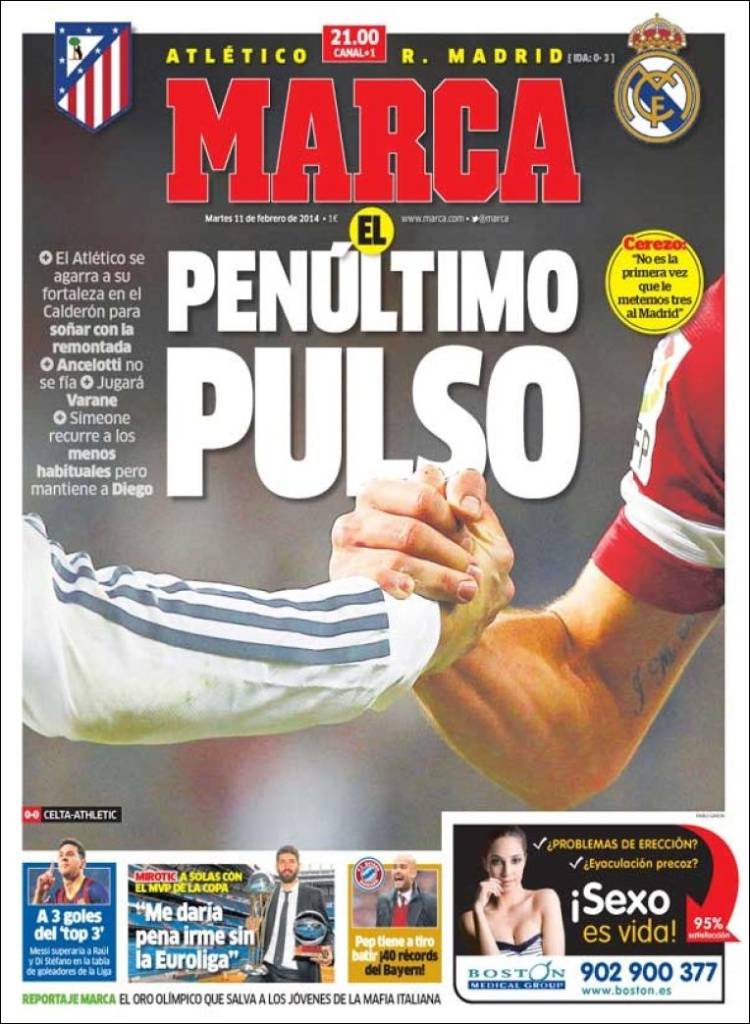 Cerezo: "It would not be the first time that we have put three past Real Madrid"

Three goals to take him to the top

Mirotic: "It would give me pain if I were to leave without a Euroliga"

Pep has a good shot at beating 40 Bayern records 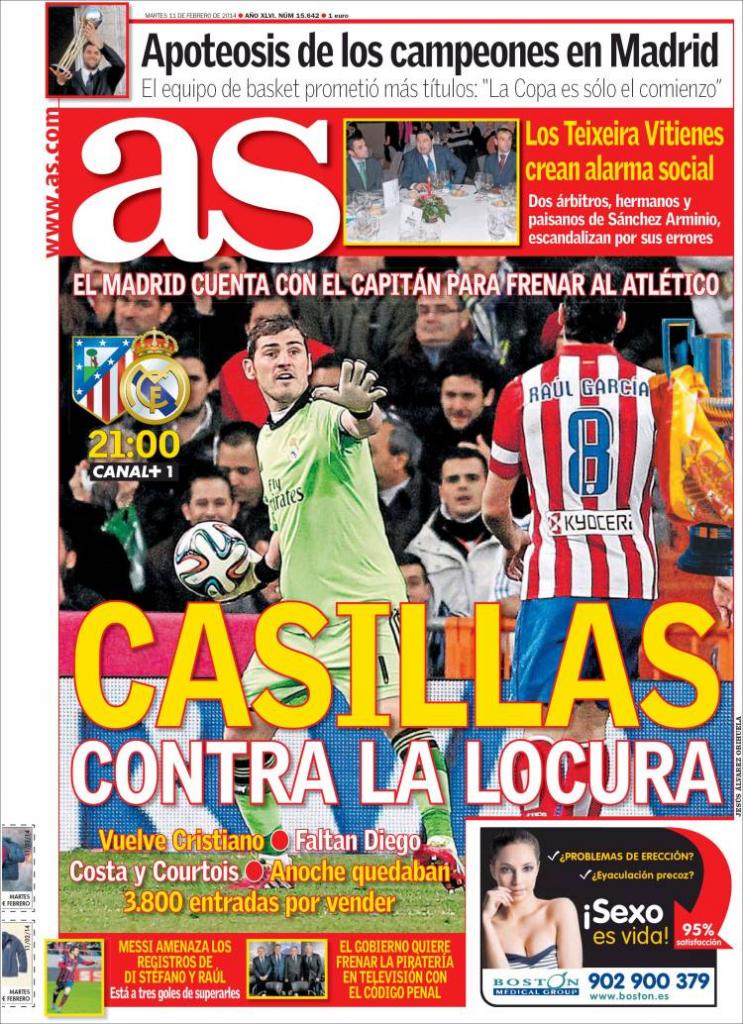 Casillas up against it

Madrid are counting on their captain to stop Atletico

Last night there were 3800 tickets still to be sold

The two referees, brothers, create a scandal because of their errors

The Government wants to stop television piracy with penal punishment 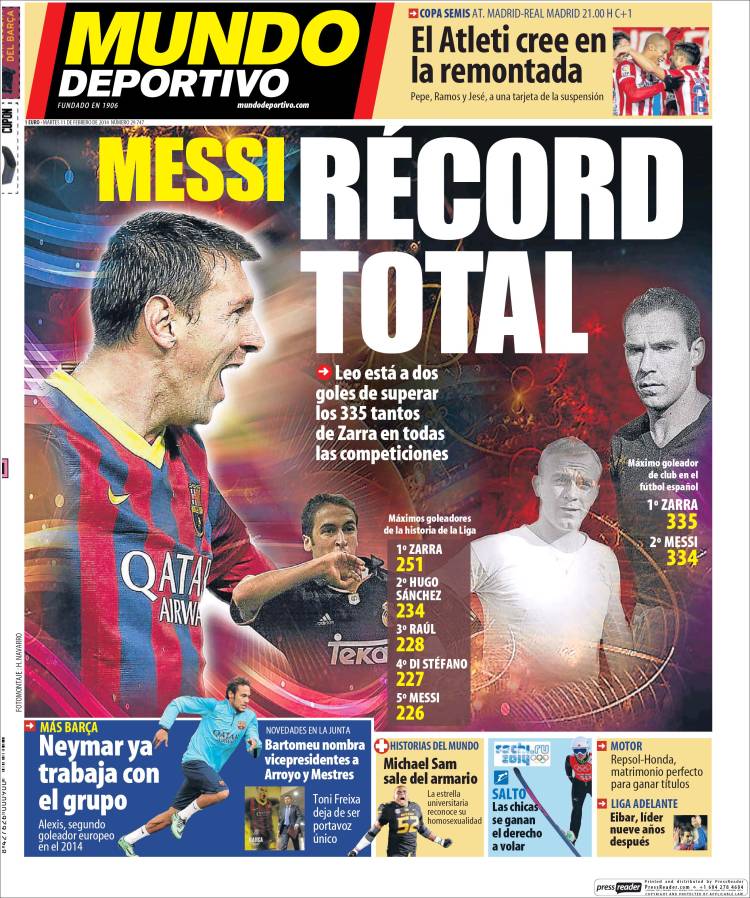 Messi going for the top record

Atletico believe in a comeback

Pepe, Ramos and Jese, on yellow card away from suspension

Neymar trains with the group

Alexis is the second highest goalscorer in Europe

Eibrar are leaders for the first time in nine years

Sochi: The girls win the right to fly