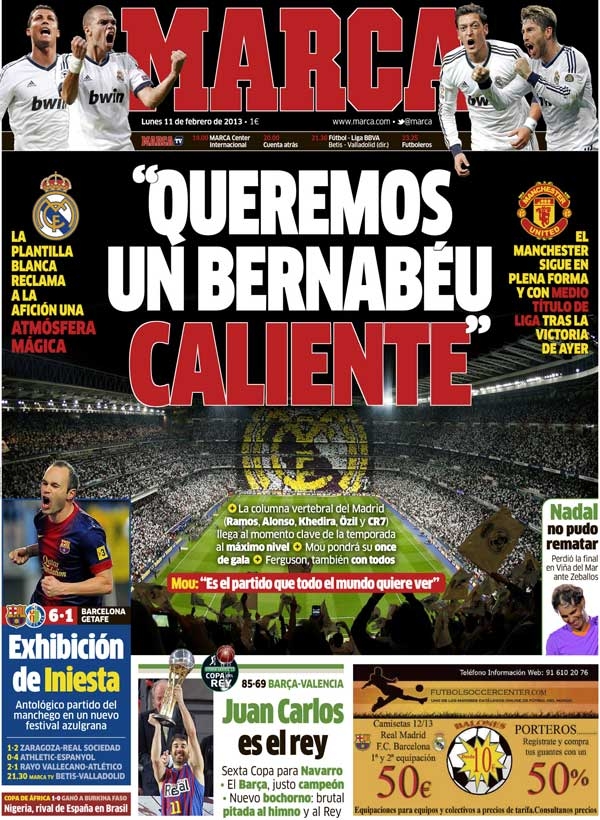 "We want an intense Bernabeu", Real Madrid team demand from their fans a magical atmosphere

The soul of Madrid (Ramos, Alonso, Khedira, Ozil and CR7) arrive at the key moment in the season in great form

Mou to put out his best eleven and Ferguson too

Mou: "This game is one the whole world will want to see"

African Nations Cup: Nigeria beat Burkina Faso in the final and wil lplay Spain and Brazil in the Confederations Cup

The sixth Cup for Navarro, Barca the new champions

Nadal cannot come back:Loses in the final in Vina del Mar against Zebarlos 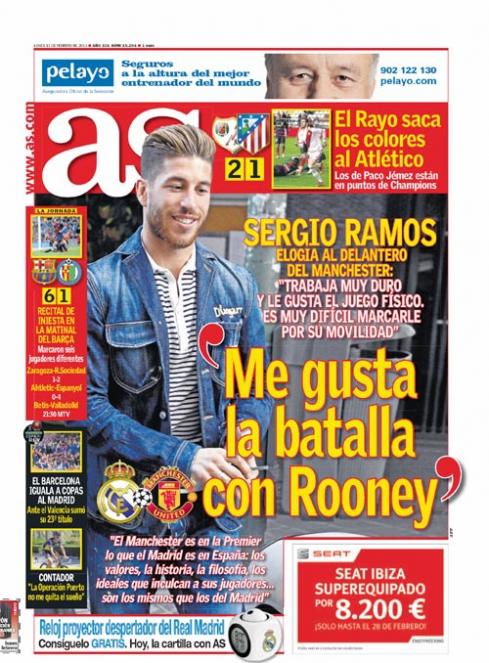 ‘I like the battle with Rooney’- Sergio Ramos talks about the front of Manchester: ‘He works very hard and he likes physical game. It’s very difficult to score him because of his mobility.’

Basketball: Barcelona has the same number of cups than Real Madrid

Cycling: Contador: I’m not worried about the Port Operation. 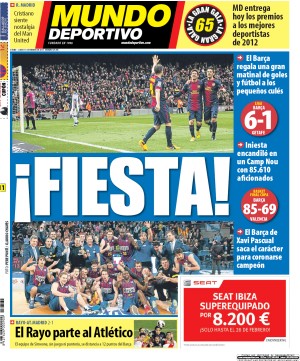 Iniesta dazzles in the Camp Nou in front of 85610 fans

Today the best sport players of 2012

Simeone's side, without game nor purpose, see the distance between them and Barca extend to 12 points