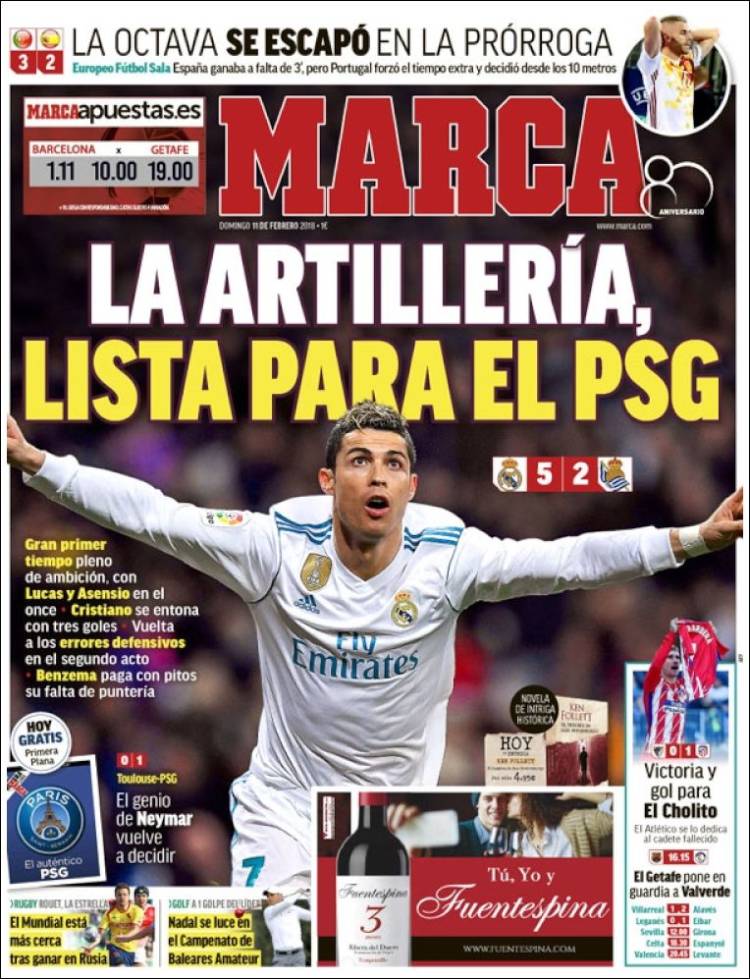 The artillery are ready for PSG

Great first half, full of ambition, with Lucas and Asensio in the XI

Defensive errors return in the second half

Benzema pays with whistles for missing the target

Win and goal for 'Cholito' 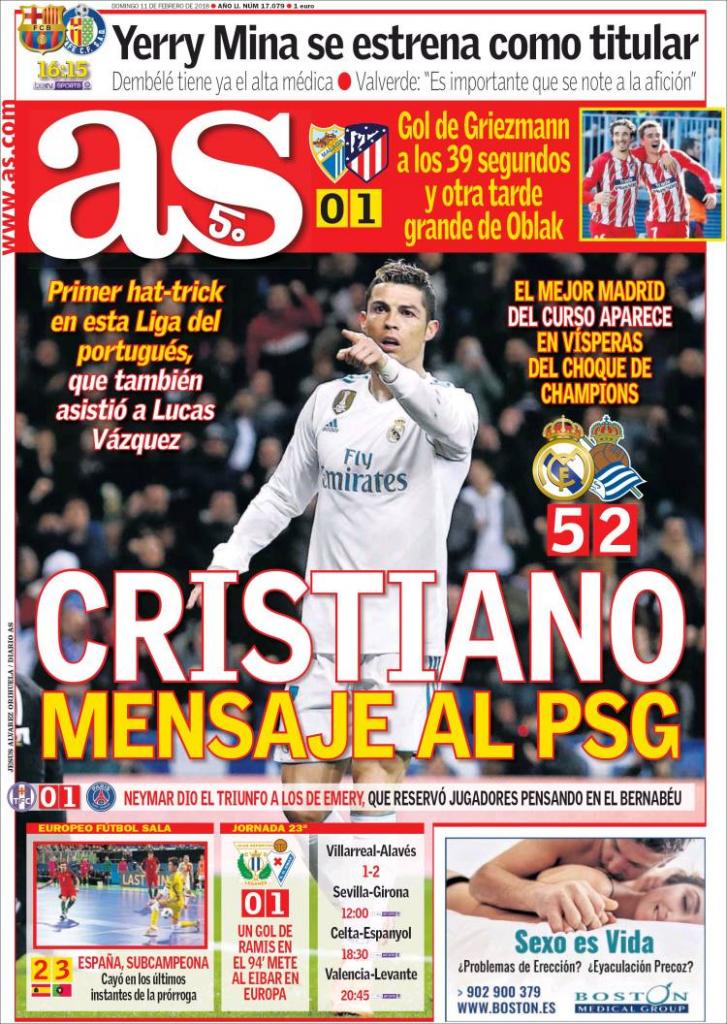 Yerry Mina to debut as a starter

Griezmann scores after 39 seconds and another great afternoon for Oblak

First hat-trick in La Liga this season for the Portuguese, who also assists Lucas Vazquez

Neymar gives the win to Emery's side, who rest players with the Bernabeu in mind 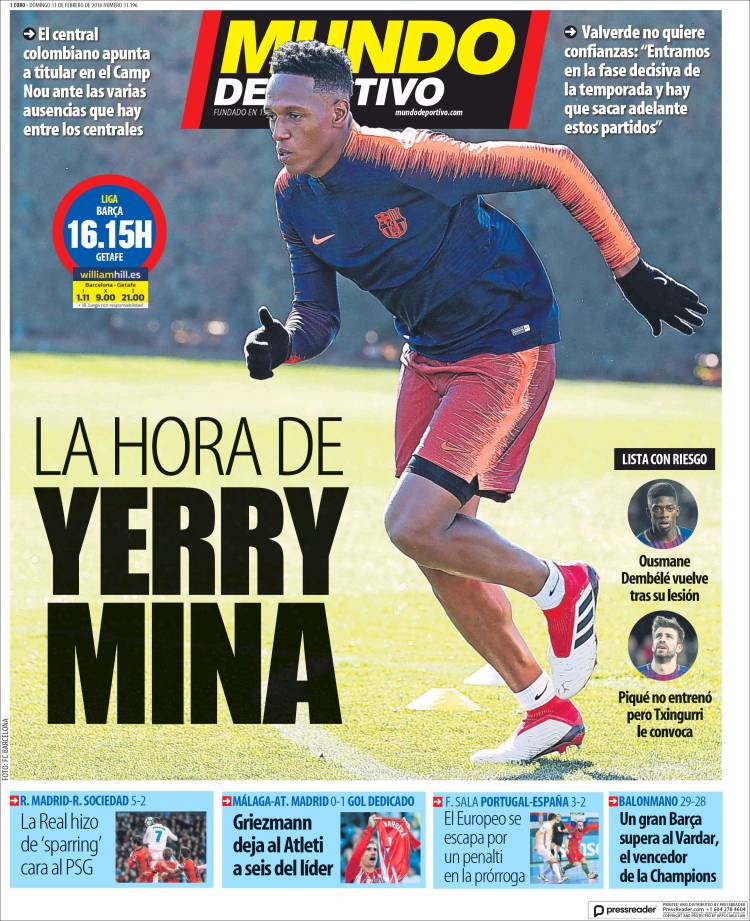 The Colombian defender is set to start at Camp Nou, amidst the various absences among Barca's centre-back options

Valverde does not want over-confidence: "We enter a decisive phase of the season and we must move forward in these games"

Ousmane Dembele is back after his injury

Pique does not train, but Txingurri calls him up