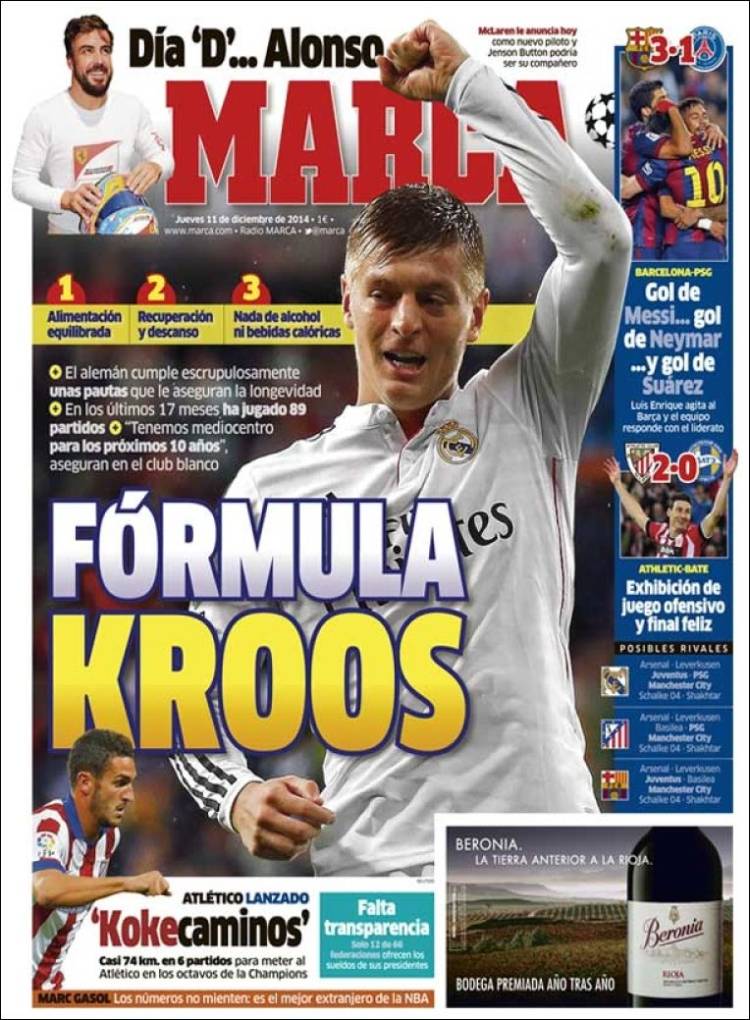 3. No alcohol or calorific drinks

The German scrupulously complies with guidelines that ensure longevity

In the last 17 months he has played 89 games

We have a midfielder for the next 10 years, Los Blancos say

Luis Enrique stirs Barcelona and the team responds with the lead

A display of attacking play and a happy ending 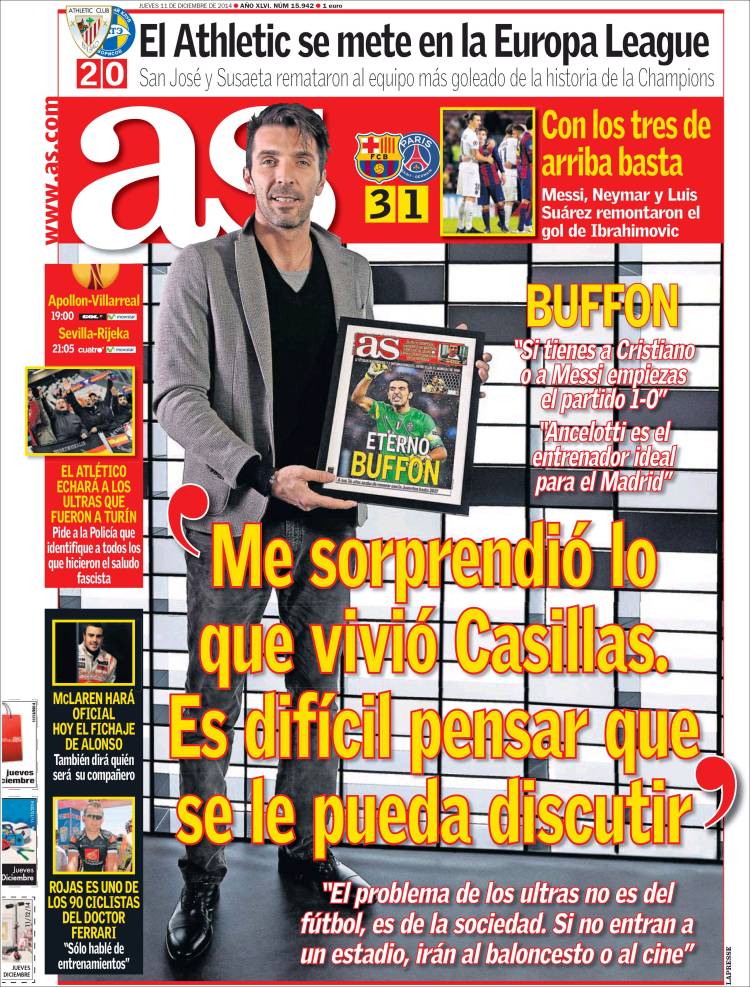 “I was surprised at what Casillas went through. It’s difficult to think he can be questioned.”

“If you have Cristiano or Messi you start the match at 1-0.”

“Ancelotti is the ideal Coach for Real Madrid.”

“The problem of Ultras isn’t a problem of football but of society. If they can’t enter the stadium, they’ll go to the basketball or the cinema.”

Atletico throw out the Ultras who went to Turin

Asks the police to identify anyone who gave the fascist salute

Athletic gets into the Europa League

With the three forwards

Messi, Neymar and Luis Suarez top the goal of Ibrahimovic 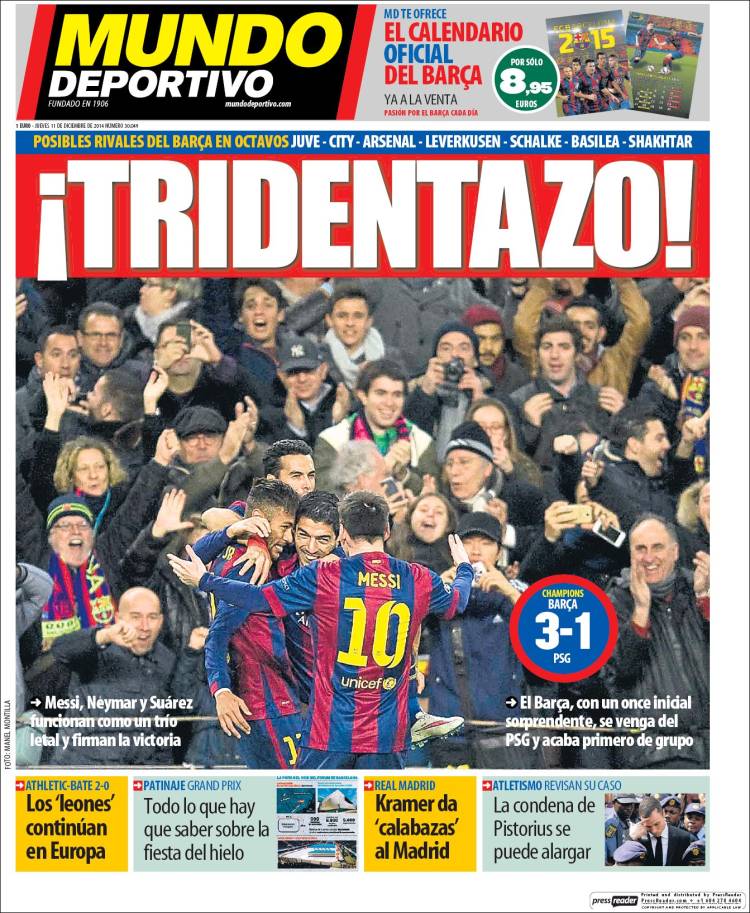 Messi, Neymar and Suarez work as a lethal trio and deliver the victory

Barca, with a surprise XI, avenge PSG and finishes first in the group