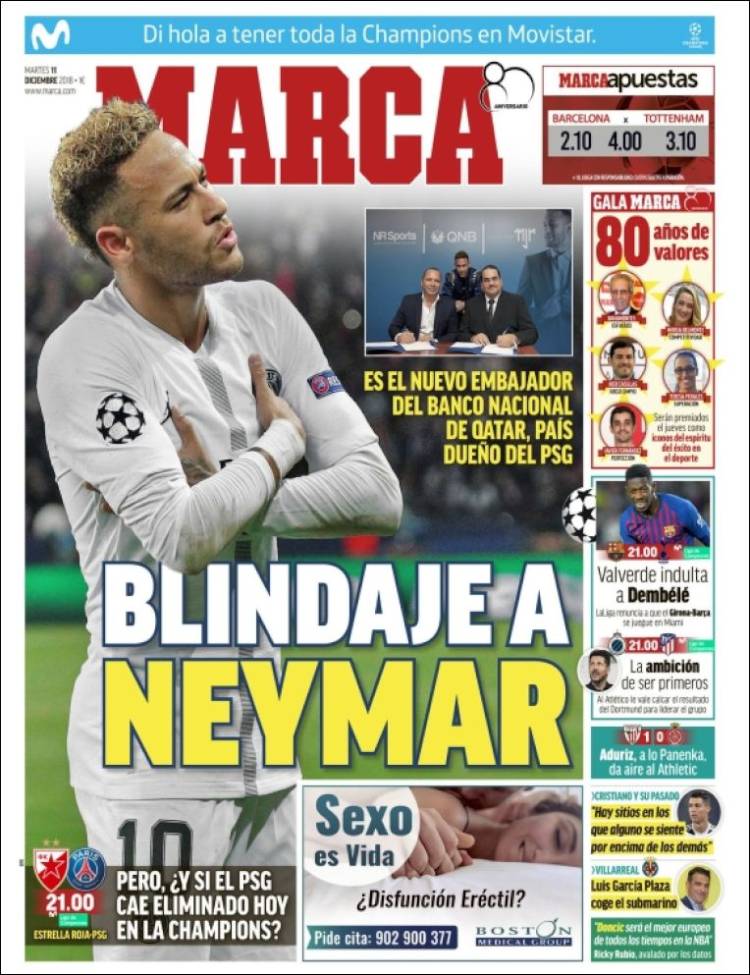 Atleti - ambition to be first

Luis Garcia Plaza in at Villarreal 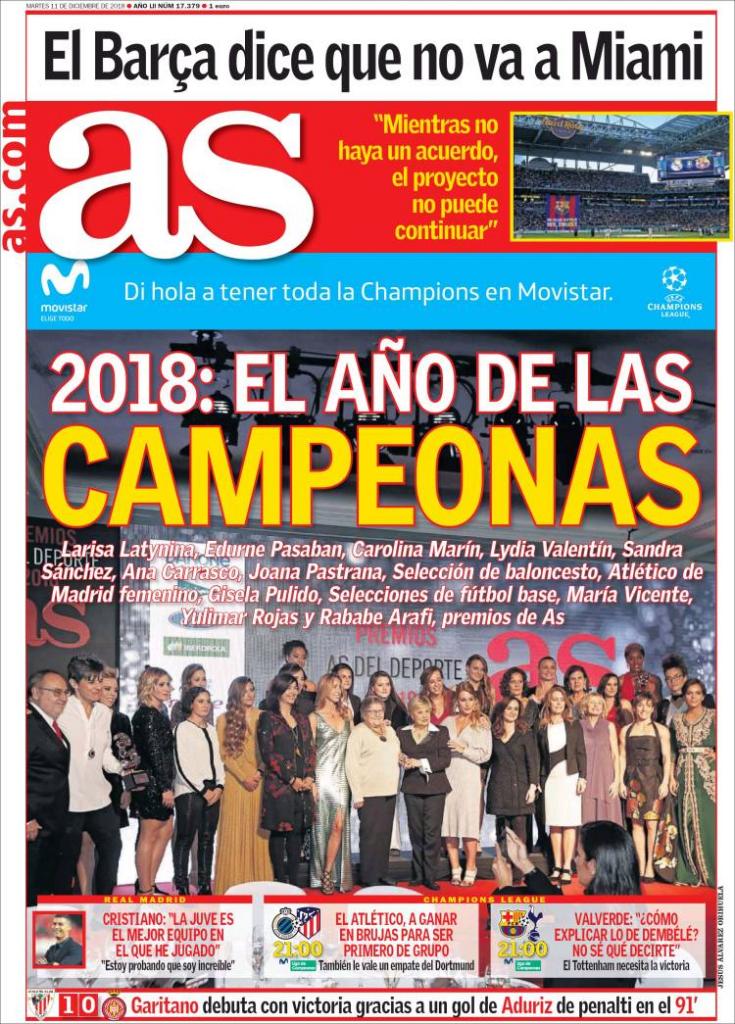 Barca say they won't go to Miami - 'While there is no agreement, the project cannot continue'

Cristiano: Juve are the best team I've played for

Atleti to win in Bruges to be top of the group

Valverde: 'How to explain Dembele? I don't know what to tell you' 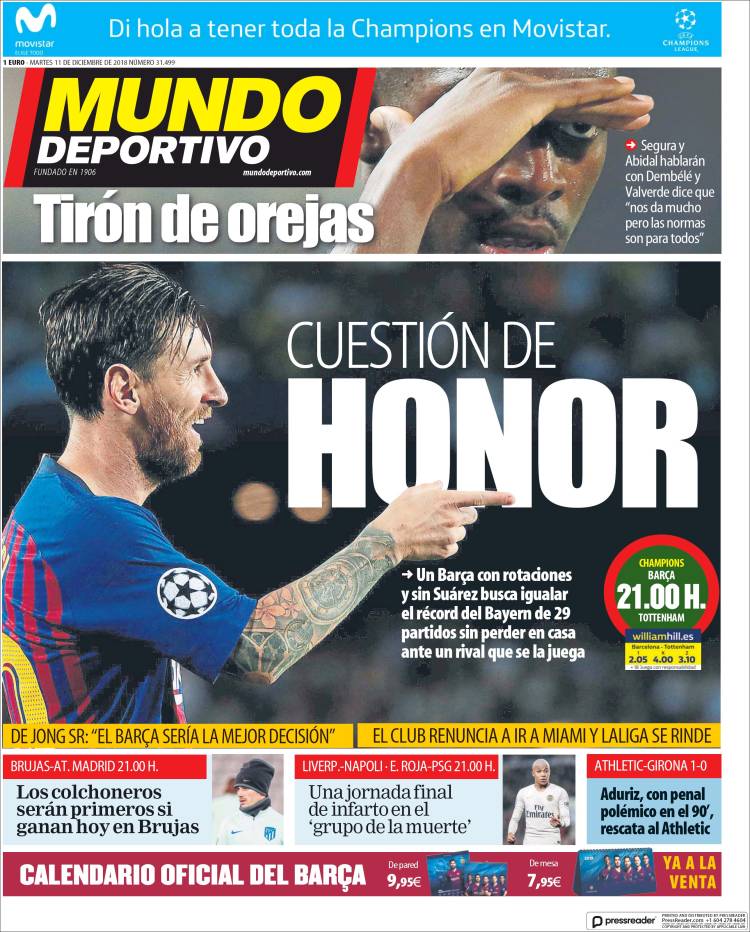 Ears tug - Abidal and Segurda speak with Valverde/Dembele: 'He gives us a lot but the rules are for everyone'

Atleti will top group if they win in Bruges