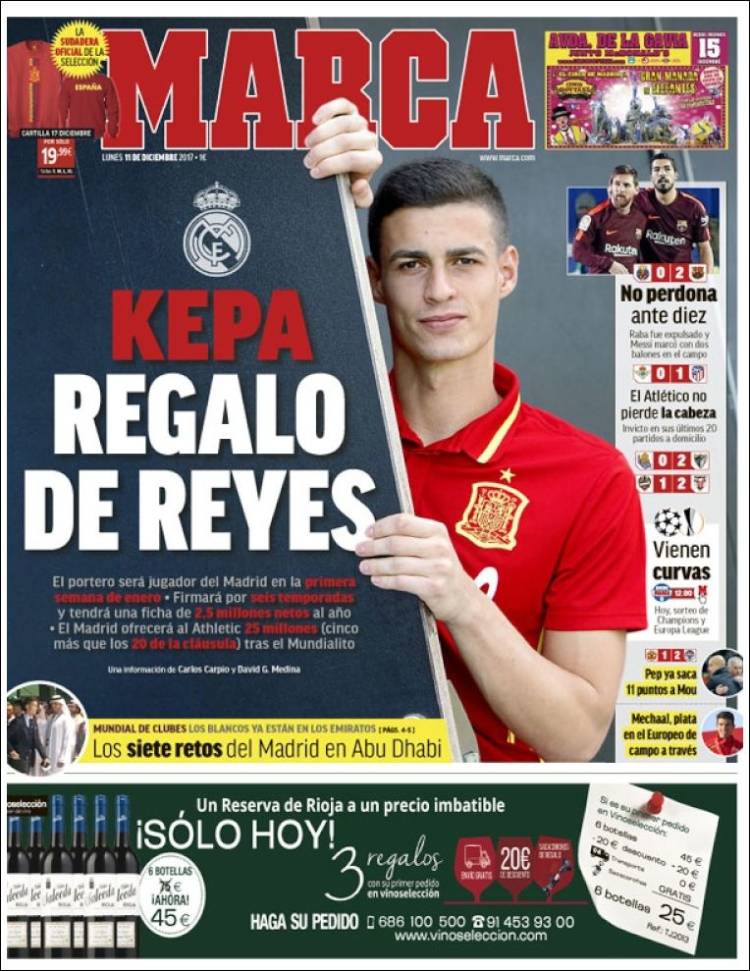 The goalkeeper will be a Real Madrid player by the first week of January, signing for six seasons on 2.5m net wages a year, Madrid offer Athletic 25m (5m more than release clause) after Club World Cup

The six challenges of Madrid in Abu Dhabi 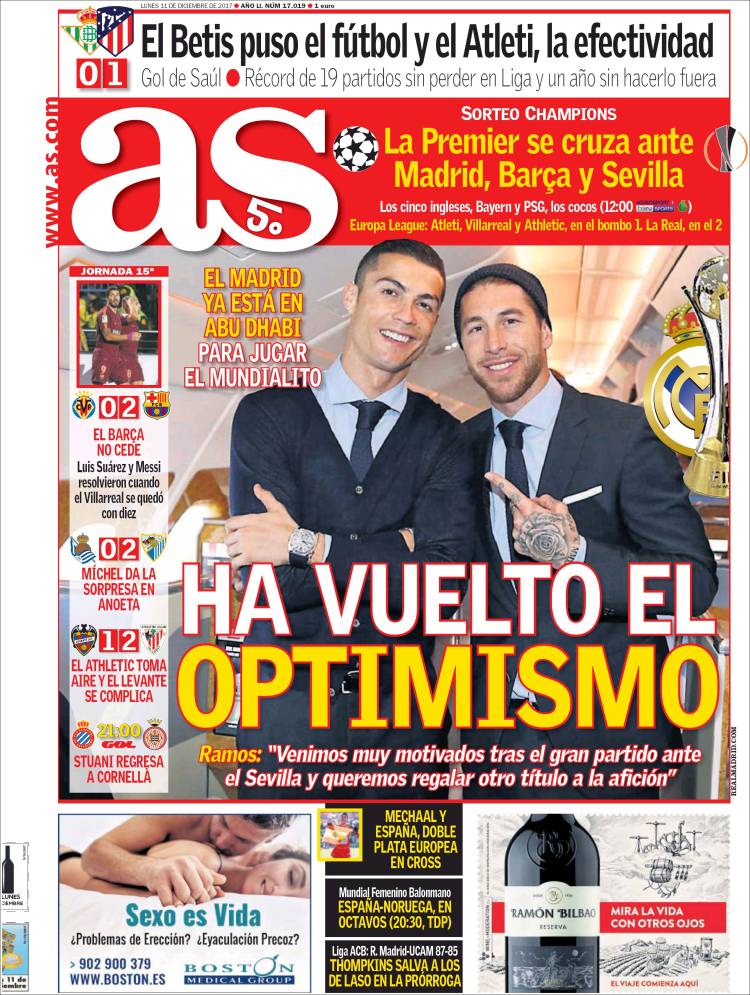 Ramos: We come very motivated after a great game against Sevilla and we want another title for our fans

Athletic breath again as it becomes complicated for Levante 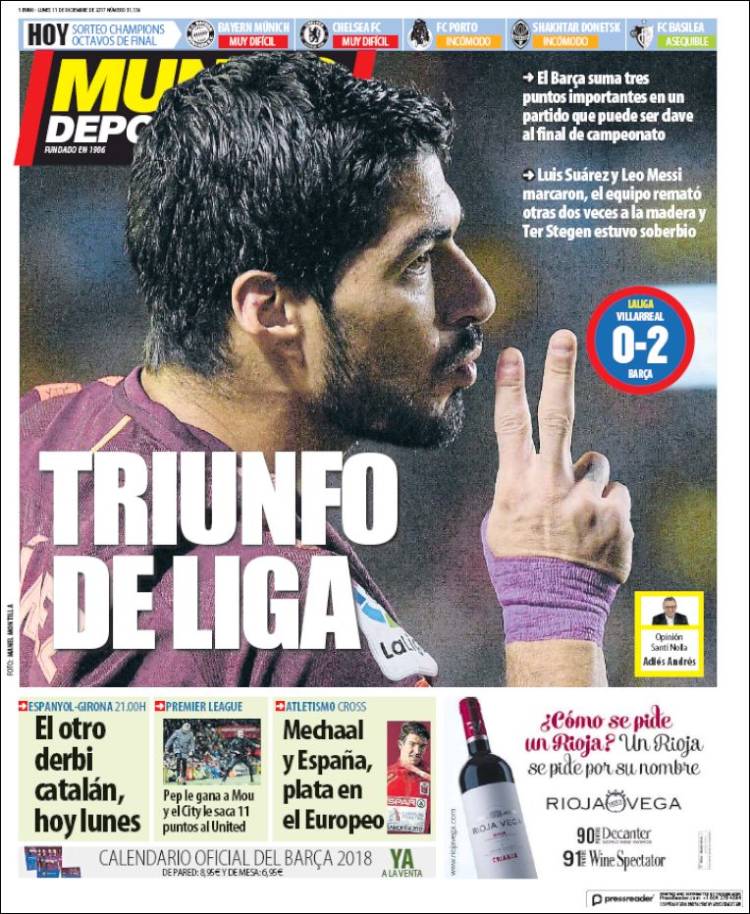 Barca take a three points in a key game in the title race, Luis Suarez and Messi score, Ter Stegen with big saves

The other Catalan derby, today